While I must admit that I’m bit behind on watching the past couple of BOSJ shows, these are two wrestlers that have really over delivered in this tournament. That trend continued here with Despy really taking it to the veteran. El Desperado might have one of the best looks in wrestling right now, making him come off like an absolute maniac at all times. Despy got the jump on Tiger Mask and focused on attacking his leg. Tiger would get brief bits of offense in, but Desperado controlled most of the match. What offense Tiger Mask did get in was stiff; exactly what we want out of the grumpy kitty. Tiger reached max grump levels in the post-match where he teased ripping open Despy’s mask in retaliation for being given the same treatment. Eventually things started to go Tiger Mask’s way and he picked up the win with the Tiger Suplex. The win isn’t without controversy though as Desperado’s legs were clearly in the ropes when the referee counted the pin. This was a super enjoyable match that was somewhat marred by a botched finish. ***1/4

Kanemaru looked like he was actually trying so this was a solid match. He and TAKA jumped BUSHI before he even got into the ring, establishing early on that BUSHI was the face in this match. They fought up through the crowd and we got to see a cool dive from BUSHI off the top of the stairwell. The match was pretty much like every other Kanemaru match from there on with him cheating at every opportunity he got. The crowd was super behind BUSHI, showing that he is absolutely a viable top junior babyface if New Japan wants to go that direction in the future. If you showed this match to someone without prior knowledge of who these wrestler are, they would probably guess that BUSHI was a top face. He thwarted the cheating ways of his opponent not by cheating himself, but just by being the better wrestler. There was no mist or LIJ help, BUSHI won with skill. ***

Oh man, this was a ton of fun! If you like matches where guys are flipping and bouncing all over the place, this is a match for you.

Shockingly, Volador got the advantage early on by hitting ACH with a cheap shot during a handshake. ACH managed to turn things around and hit a series of several dives on Volador. One huge reason that I loved this sequence was that with every dive, Volador was knocked farther back by the impact. This showed that the blows weren’t taking a toll on ACH, he was gaining steam. That’s one thing I really appreciate about ACH. It’s clear that wrestling isn’t the only influence on his style. He takes things from anime and manga, bringing them into how he wrestles. He fires up for moves in a totally unique way and is impossible to take your eyes off of for that very reason.

ACH has had a tremendous tournament thus far and this was probably my favorite match from Volador yet. These two were a perfect match up. Make time in your day to watch this one! ****1/4

I have to admit, following the last action packed match, I was a bit bored by the grappling that opened up this one. They managed to get me back with the awesome spot on the outside where Taguchi went for a flying hip attack, only to find himself in a flying cross armbreaker. Things quickly went back to the submission holds though. The first half of the match was heavily based around limb work and acted as a slow preamble for the great second half that followed.

Things really kicked into gear when the pleasant trading of submissions was replaced by nasty strikes and heated exchanges. The fast pace and viciousness of the second half were truly exciting. The only complaint I have about this chunk of the match is that the psychology of Taguchi’s attacks didn’t make a whole lot of sense to me. He abandoned his attacks on KUSHIDA’s leg to go after his arm, only to return to his leg by the end of the match. Setting that aside, once things got going, this was a great main event. Taguchi’s uneven attacks may have been by design though, giving KUSHIDA an opening to pull out the win with Back to the Future.

Reviewing a match like this is kind of hard because while I really enjoyed part of it, the first half of the match was very lukewarm. I can forgive a slow beginning to a match, but when that slow period lasts for as long as this one did, it harms the overall package. While KUSHIDA and Taguchi wrestled a strong match, I was ultimately left a bit disappointed. ***¾

With no tournament matches being less than three stars, you are going to have a good time with today’s show. While I would say that there was only one truly great match, ACH/Volador, there was a lot of good to enjoy. I had my problems with the main event, but it was a very good match was was knocking on the door to greatness. Overall, the four matches are worth your time, but if you only have time for one, watch the semi-main. 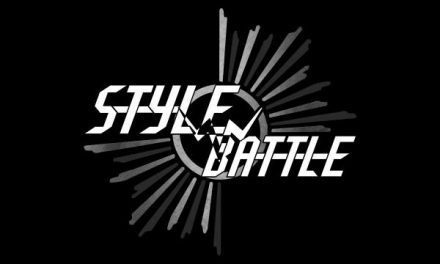