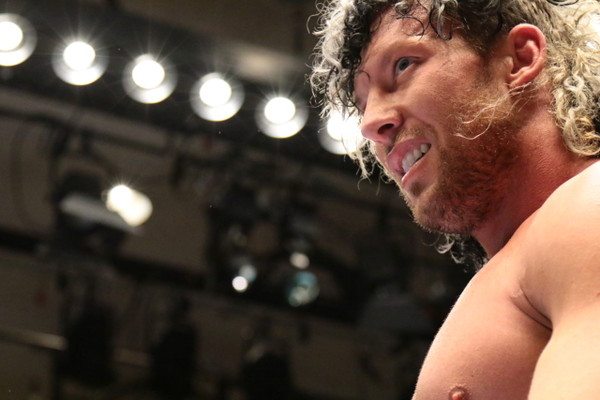 In a world full of fantastical characters, unbelievable giants, and sometimes just jerks, Kenny Omega is one of the only truly relatable people in wrestling, both in and out of the ring. When he’s not creating outstanding matches or working the fans, you can most likely find him playing video games.

There are many reasons to love Omega: his radiant personality, his outstanding in-ring ability or his smart character work. None of those is the most important connection between Omega and wrestling fans, though.

It’s because he’s a giant nerd, just like us.

Omega is a known Street Fighter fan, even appearing on video games website Giant Bomb, where he put his skills to the challenge against their crew in a highly entertaining video.

In the video, Omega talks about his love for the game, and how he planned on attending the fighting game competition CEO later that month.

This was, believe it or not, my first exposure to Omega.

Upon further research, I learned that Omega had been implementing aspects of the gaming world into his work for a long time.

Before entering New Japan, he used a theme song inspired by the music from the popular video game Mega Man. Now, in New Japan, his music draws inspiration from the boss music of Sephiroth from Final Fantasy VII, a game beloved by millions in the 1990s.

The One Winged Angel? A reference to Final Fantasy VII. The V-Trigger? Straight out of Street Fighter. His name itself draws inspiration from the Omega Weapon in the Final Fantasy series. Ever thought his look as “The Cleaner” looked familiar? That’s intentional, as the character’s dress is inspired by the look of Albert Wesker from Resident Evil.

Much like Mega Man does after defeating a boss, Omega is known to steal his opponents finishing maneuvers after he conquers them.

After his shocking turn on AJ Styles in early 2016, Omega began implementing the Styles Clash into his moveset. After defeating Shinsuke Nakamura, Omega turned Nakamura’s Boma Ye into the aforementioned V-Trigger.

If I hadn’t discovered the wonderful world of puroresu and the radiant Kenny Omega, I may not be a fan today.

When Omega wrestled Tetsuya Naito on the last block day of the NJPW G1 Climax in 2016, I stayed up to watch, to hope, that maybe, just maybe, Omega would make history. If he defeated Naito, he would have had a chance to be the first foreigner in New Japan history to win the G1 Climax. When Omega finally defeated Naito in one of the greatest matches ever, I yelled and cried in joy.

I had never felt that kind of emotion from wrestling before.

And when Omega beat Goto the next night—to finally win the G1 Climax tournament—I did the same thing. I was watching these shows live, in my bedroom, at five in the morning with my family trying to have a peaceful sleep. I didn’t care. Omega’s victories gave me inspiration to keep watching wrestling, since I finally had a horse in the game. I had someone I could finally relate to on a personal level.

Omega’s loss to Okada at NJPW Wrestle Kingdom 11 devastated me. Still, in my heart of hearts, I knew Omega would eventually overcome his strongest foe and capture the ever-elusive IWGP World Heavyweight Championship.

In roughly a month’s time, these two titans of wrestling, Okada and Omega, will face off in Osaka-jo Hall at New Japan’s second biggest event of the year, Dominion.

You better believe I’ll be up until the wee hours of the morning to see if Omega can finally achieve his goal.

If he does? Expect more tears, this time of joy. Because this time, my guy will finally have won. Kenny Omega will finally be on top of the wrestling world.

Just where he belongs.

Lucha Of The Hidden Temple: Brenda Has A Broken Arm 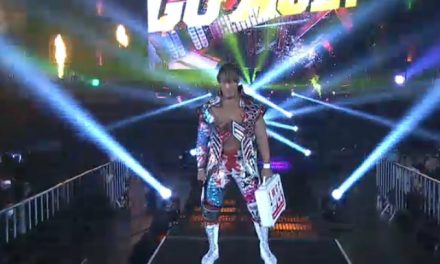