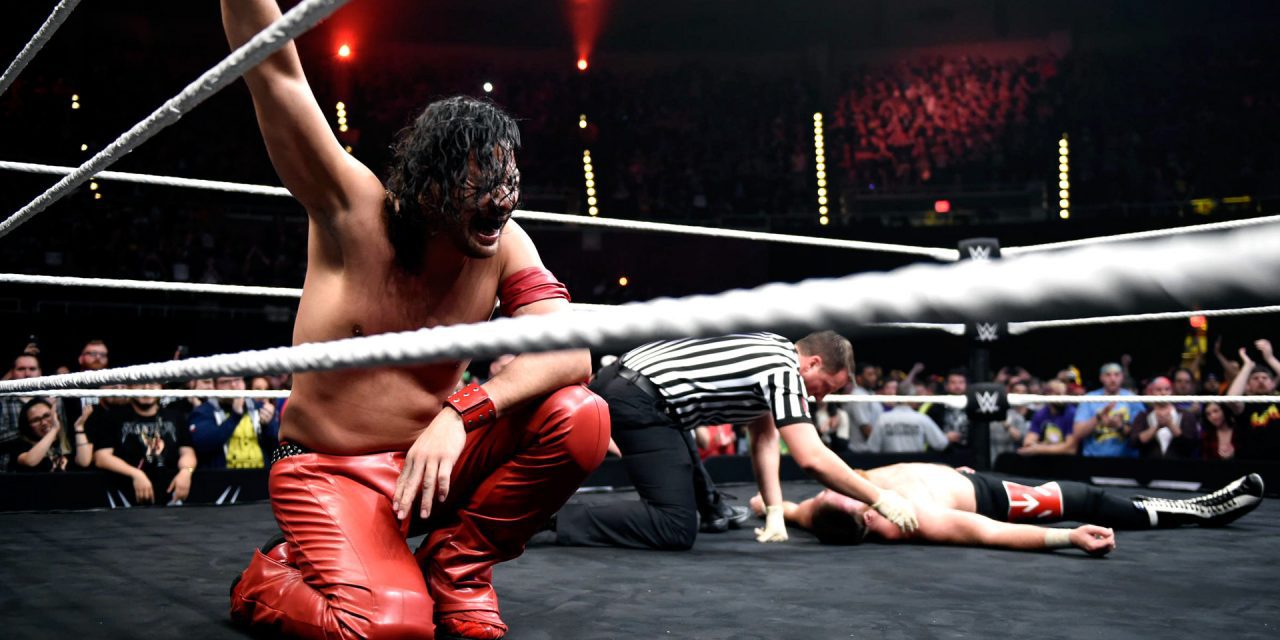 “Nakamura was the youngest IWGP Champion, has been three times, but this is big time Tom. Nakamura is now in the major league, he’s out there with a two-time world champion. Now we find out how good Nakamura really is.” –John “Bradshaw” Layfield, WWE Backlash 2017

The King of Strong Style picked up a big win in a pretty good match, but that was secondary to the narrative told beforehand. Nakamura is an outsider from another company, and that means he must prove himself against a WWE guy. It’s a story WWE has been telling since Ric Flair brought the big gold belt to Monday Night Raw. No one who exists outside the WWE Universe is as good as someone inside until they have that first match.

Nakamura isn’t just some independent wrestler though. Arguably the biggest wrestler in Japan when he came to America, Nakamura is a man who can do the most important thing a WWE superstar can do: make the company money. Lately we’ve seen guys like Styles, Samoa Joe, and Kevin Owens hit the main roster and make an immediate impact. Nakamura needs to follow in those footsteps, and surpass them. If he’s not fighting for the WWE Title by SummerSlam, something has gone wrong. Nakamura has a lot of things going against him. His English is barely passable. He’s essentially the same character he was in Japan. And he’s a bit weird. But he has the talent and charisma to rise above all of that. If the Summerslam title picture is closer to Randy Orton vs John Cena than Nakamura vs Styles, we can add another example of the insular nature of the WWE.

The WWE has come a long way in the past seven years.

Compare the debut of Daniel Bryan to AJ Styles. Bryan was brought in as a rookie, his past accomplishments ignored, and was routinely buried on commentary. AJ was a surprise entrant in the Royal Rumble, went toe to toe with the face of the company, and commentary made several references to his work in New Japan. One outsider was brought in like a scrub, and another was brought in like a star. In between, the WWE was forced to evolve. There are still remnants of that old attitude, especially when referring to the WWE as the “big leagues” and everything else as the minors, but they are leaps and bounds ahead of where they used to be.

Ziggler’s assertions over the past few weeks that Nakamura has no accomplishments is easily disproven by watching the WWE’s own award-winning Network.

Likewise, Ziggler saying that he is so great is also easily disproven by watching any show he’s ever been on. Ziggler is the heel in this feud, and received his comeuppance for now via knee strike to the face, but there was a measure of truth in what he said. The WWE often ignores or disrespects anything that happens outside of a WWE ring. And if they don’t tell us how meaningless something is on television, Randy Orton is more than happy to tell us on Twitter. There is a palpable sense that people who have spent their entire career in the WWE’s bubble are better than those who have worked outside the company.

In this way, Dolph Ziggler was the perfect first opponent for Nakamura. No one screams “WWE mediocrity” as much as Ziggler. And I say this as someone who generally enjoys watching him. But it can’t be denied that there is little that makes him stick out from the rest of the 2010 midcard besides his longevity. Going forward, Nakamura’s biggest opponent isn’t Ziggler, or Jinder Mahal, or Baron Corbin. It’s not Randy Orton. It’s the fact that he spent his entire career somewhere else. If he can get past that, it could be a big year for the King of Strong Style. 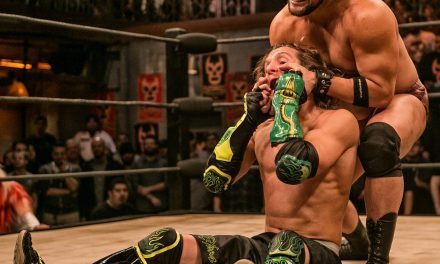 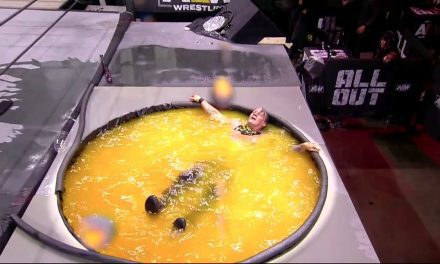 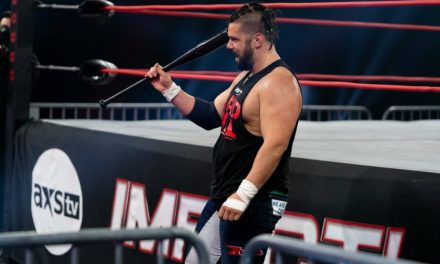