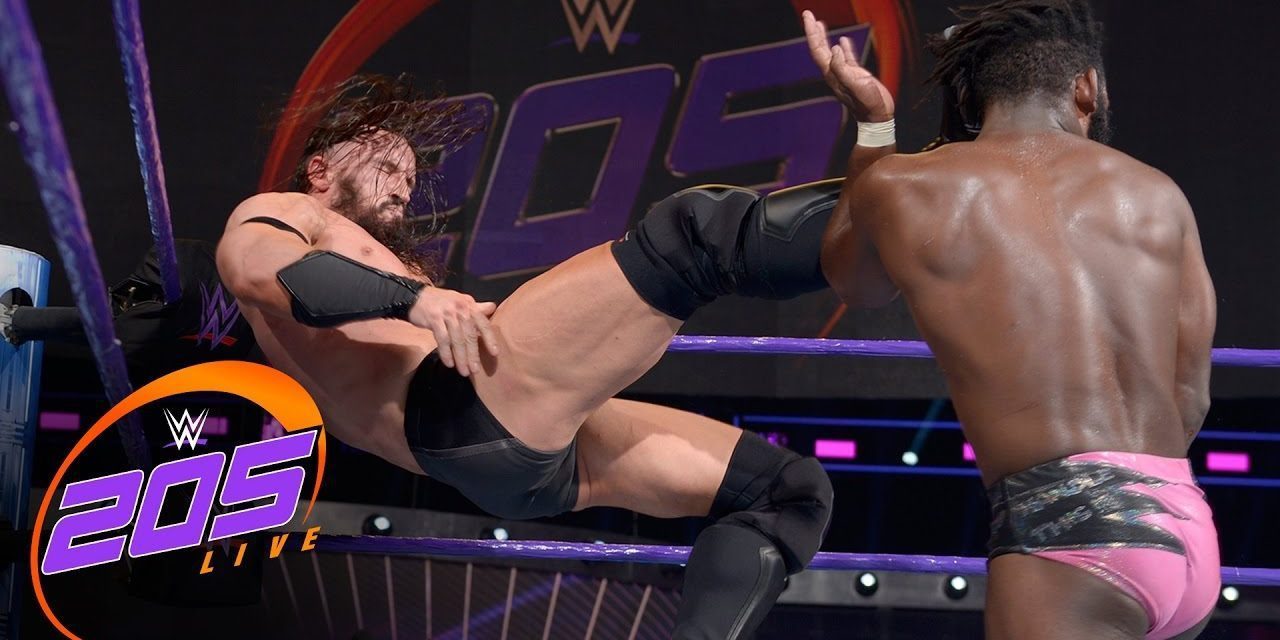 Last week seemed like a momentous occasion in the history of ‘the most exciting hour on television’. It was the show’s 25th episode, which, given the constant risk of being axed and poor crowd reactions, was an impressive feat. In many ways, last week’s episode was a microcosm of the product in general.

205 Live’s debut back in November was intriguing – it didn’t fall into conventional WWE tropes and managing to create genuine emotion when Rich Swann won the belt. For a while after that, however, the show floundered. A mix of unhelpfully long programmes (the Noam Dar/Cedric Alexander/Rich Swann storyline) and the lack of a compelling contender meant Swann’s reign never really went anywhere.

As much as 2017 has been a strange year in wrestling, a time when the lines between face and heel have been never more blurred, wrestling still needs heroes and villains. Swann had the emotional backstory.He was the hero just looking to have a good time, but at the same time he felt like an also-ran on a show that had been created because RAW couldn’t give them meaningful minutes and was struggling to get off the ground. He needed a rival.
Enter Neville.

The man from Newcastle, England, had been a non-factor since his return from injury and his career seemed to have stagnated before he laid waste to Swann and TJP at Roadblock. From there the company managed to develop Neville’s character, arguably the most compelling heel on the entire roster. His mannerisms and promos have been excellent and have helped lift the entire show. Neville has been champion for just 108 days but, WWE seems to have found someone to give the division credibility. Fighting for a chance to face ‘The King of the Cruiserweights’ has been presented like a real privilege and has produced some fun multi-man sprints. Even in defeat, Jack Gallagher and Austin Aries have been elevated to top star status.
Not only has he lifted the main event scene, but Neville’s presence has helped the rest of the show feel more meaningful. Creating stories still seems to be their priority, as evidenced by the indeterminately long programme between Akira Tozawa and Brian Kendrick, but the undercard segments now seem to mean more and the show is much smoother than it was earlier this year. It’s obviously not all down to Neville, but his presence has given the show some credibility. The entire roster seems to have their working boots on and look like they want the show to be a success – something it had the potential to be from the beginning.

The main event was a fun sprint between TJP and Austin Aries. Aries has been the perfect foil for Neville and, for once, other people were worked into the storyline without it being over the top or contrived.

TJP’s heel turn felt natural and he is now positioned as the heir to King Neville’s throne. Likewise, for as much as he annoys me, Jack Gallagher has also managed to become an interesting sub-plot within this feud.

All four guys are defined characters, defined faces and heels. The same works all the way down the card – Noam Dar is a heel, Mustafa Ali is a face. Nese and Gulak are heels, Alexander and Swann are faces. It’s not the biggest thing for many fans, but I’m a traditionalist and I like having someone to cheer and someone to boo. 205 Live has managed that. They have also managed to develop characters. Some of them are weaker than others, with Jack Gallagher and Ariya Daivari being little more than caricatures, but they have managed to give everyone something thus far. It’s not on the level of Roderick Strong in NXT, but very little is.

The show does still have issues though. The crowds are still less receptive than these guys deserve and they would benefit massively from either moving to a different day (perhaps Thursdays?) or working from Full Sail. The latter option is a known formula but herein you encounter their other problem: RAW. For all the good 205 Live does, the purple rope matches on RAW barely last five minutes and do nothing to engage the crowd. Similarly, they are still only getting one match per PPV. Even if it was a six-man tag on the preshow, it would still mean more guys are being featured and would help give some of their feuds a blow-off feel – for example, featuring this week’s scheduled street fight between Tozawa and Kendrick on Extreme Rules instead of on 205 Live would make more sense.

I only have one other major criticism of the show – somehow the WWE have managed to use Gran Metalik even less than NJPW did. It would be awful if they are punishing him for his admittedly poor debut match on the show; this week he managed to pull out a good performance from Noam Dar, one of his best thus far.

I get the feeling they don’t know what to do with him or Lince Dorado, which is incredibly sad and is something that could be helped by adding a few more guys to the roster.

205 Live is making solid progress. It’s not without fault, but it’s entertaining and has markedly improved across its 25 hours thus far. It’s reached a higher level. It’s reached the Neville Level. 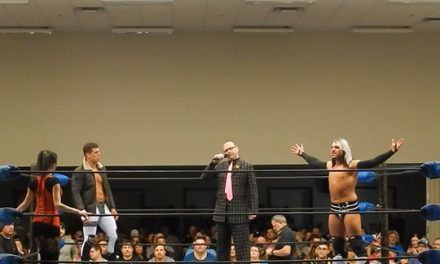 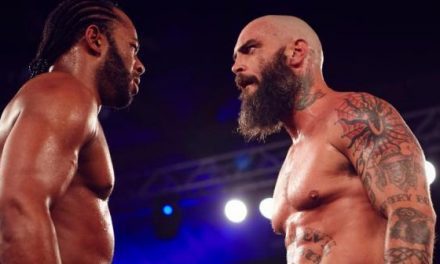