The Ace Who Lost His Place: KAI 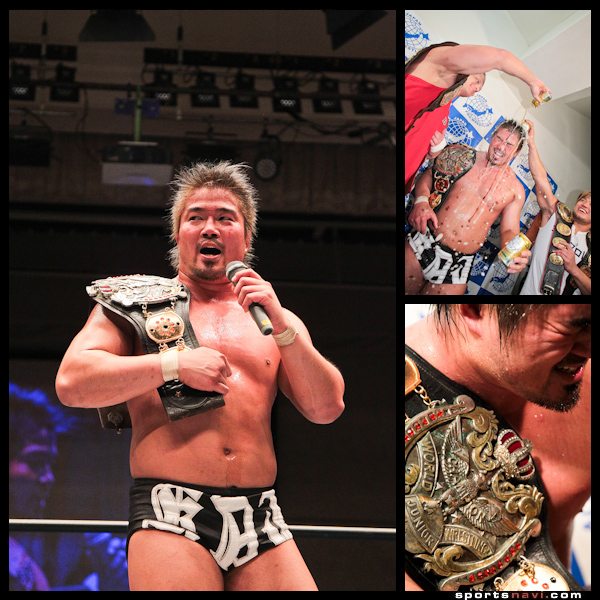 One of the highlights from the 2017 Champion Carnival was, no doubt, the return of a fighting-spirited KAI back into All Japan Pro Wrestling’s heavyweight fold.

KAI officially returned to his home promotion in February but it was his run in this year’s tournament that turned the heads of those who had dismissed KAI as “that guy”…myself included.
KAI had his working boots laced tight from the first night on, wrestling with a lit fire I hadn’t remembered since his last Champion Carnival appearance in 2013. KAI let his voice be heard again, defeating bad dude, Zeus, with his out-of-nowhere finisher and nearly taking current gen ace, Kento Miyahara, to a time limit draw. But in his loss to Miyahara, KAI’s fate was forever sealed as the ace who lost his place.

I went back to a time when the wax was still hot. Back to April 29, 2013 —the final night of the Champion Carnival. The best, and perhaps worst, night of KAI’s career. The then 30-year old KAI had graduated to the big boy league, beating some of the biggest boys in Akebono and Joe Doering to advance to the semi-finals of the tournament.

When he got there, he peaked on a performance level, wrestling not one but two career-defining matches on the same night. Very few, if any, wrestlers hold that distinction but KAI did it.
Surely, he was destined to be the guy.

As irony would have it, KAI’s first opponent of the night was Go Shiozaki, another lost would-be ace who surfaced in All Japan that same year from NOAH’s emerald waters. To say Shiozaki wrestled that semi-final match with a chip on his shoulder would be an understatement. He brought his relentlessly competitive nature to the forefront, sending KAI a very loud and clear message early on. I mean, literally, he busts KAI open with a single “shotgun blast” chop to the chest. The punishment only continues and KAI sells it beautifully, bloodied and battling for a molten spurt of offense before Shiozaki cold-cocks him with an elbow during an attempted suicide dive through the ropes.

After Shiozaki’s tour of the guardrails, KAI is finally able to fight back and sustain the fight, brainbustering Go once on the floor and again in the ring for good measure. The backend exchanges between the two came hard and often — Shiozaki being especially nasty with his spinning back chops. But this wasn’t Go’s house. This wasn’t Pro-Wrestling NOAH and KAI was no longer a junior heavyweight to bully with but a possible future of the promotion. When he can’t put Go away with the heavy bombs, KAI puts him in a facelock hold, turning him from his only escape route to a submission outcome in a star-making moment for KAI.

Korakuen Hall was behind KAI. I was behind KAI, and with Shiozaki behind him, the meteorite burned brightly into the final match of the Champion Carnival against the chinstrap veteran, Jun Akiyama. Like KAI and Shiozaki, Uncle Jun’s ace card never left his deck. You know he’s coming into this match with angsty knees. He’s only willing to go at with KAI for so long before he says “F that” and starts trying to re-open KAI’s chest, which at this point in the night, looks like a pubescent nightmare. He freaks out on Akiyama with a suicide dive into the guardrail but Jun cools him down with a rope-hung double arm DDT and starts unloading the knees, really doing a number on KAI’s neck. When KAI peaks his head up, Jun headbutts him and chops him down. Similar to the Shiozaki match, KAI’s able to get in a couple of moves, but Akiyama’s in control.

This is his house.

Akiyama’s relentless, between his knees and his little combination into the piledriver, cinching in a front necklock thereafter. He no sells a superplex and back-to-back superkicks because he’s in final boss mode here. When KAI finally starts tapping his arsenal, it’s almost too little, too late. The LAT, the powerbomb, the facelock – none of it worked on Jun. The only option is the splash plancha and Akiyama’s got it scouted (with the knees, of course). From here on out, It’s Knee City. KAI’s last gasp is a cradle attempt but the knees are too much and once he’s struck down, he falls to the wrist-clutch Exploder. Just like that, his seal is stamped, and the comet burns out and goes cold.

Was it shitty booking? A lack of faith? Perhaps he was headed for a redemption arc but after that fateful night, the stars would stop aligning for KAI. Shortly after the tournament, he injured his bicep and was sidelined for three months, during which time, the Keiji Mutoh exodus took place and Wrestle-1 was born. KAI was brought in and oh boy, he was going to get to play his ace card and when he plays it, he beats the Shining Wizard himself for the title!

Then he loses it to Hideki Suzuki a month later in less than 10 minutes. Granted, it’s Hideki Suzuki and totally believable from a bad man like Suzuki but…womp womp.

KAI kicked around Wrestle-1 for another year, won the title a few more times, but he wasn’t the guy. The chip on his shoulder began to weigh him down in the ring and he went through an identity crisis of sorts as he ronin’d his way around the smaller Japanese promotions before finding his way back home.

At long last, it seems the now 33-year old KAI has found his place. He may not be the ace of any promotion but if this year’s Champion Carnival is anything to go by, he’s happy to be back in All Japan, and a happy KAI is a re-invigorated KAI. It’s a win-win situation for everyone. 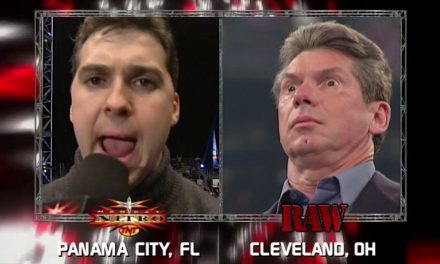