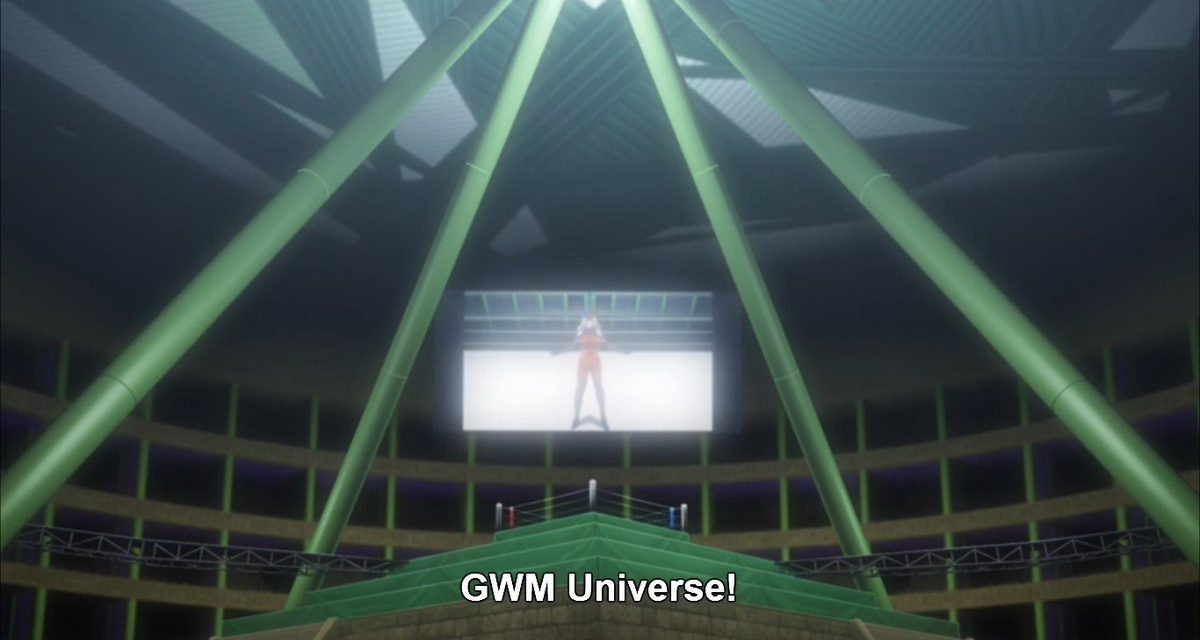 And we’re back. Hey everybody, sorry about the delay in getting this column to you. After a trip to Orlando for WrestleMania weekend, I’ve been behind on everything.

I might not have seen the new episode of Tiger Mask W yet, but as of right now, I'm all caught up on General Hospital.

Damn it, past me! Well, I might be caught up on my stories, but now I’m here to get up to date with everyone’s favorite wrestling cartoon. In this momentous 25th episode, we get the finale of the War Game tournament and the epic clash between Tiger the Dark and The Third. Before we get into it, don’t forget that you can watch every episode of Tiger Mask W over at Crunchyroll and if you want to find the rest of my recaps, you can do that here.

The show begins with a brief recap, showing how Tiger the Dark defeated Tiger Mask to move onto the finals, but also took a devastating blow to the chest, leaving him injured going into the big match with The Third. Speaking of The Third, Hikari Kuruma tracks down Tiger the Dark prior to his match to let him know what she’s uncovered about Yellow Devil. It turns out that Yellow Devil disappeared right after he crippled Daisuke Fujii three years ago. A short time after that is when The Third first appeared. While it’s not confirmation of The Third’s identity, it’s enough to fire up Tiger the Dark going into the match.

Elsewhere in the backstage area, Tiger Mask finally wakes up after taking that brutal Darkness Driver. Being the giant child that he is, Naoto throws a bit of a temper tantrum, seriously denting a locker by punching it. Fukuwara Mask doesn’t do much to calm Tiger Mask down when he confirms to him that The Third really is Yellow Devil. It was during his clash with The Third that Fukuwara Mask recognized the fighting style of his old opponent. Another huge revelation comes in Tiger the Dark’s locker room when he confesses to Kevin and Ruriko that he is really Daisuke Fujii’s son and even though he’s hurt, he has to wrestle this match to get revenge for his father. Once again, Takuma opens up even more to Ruriko, which really makes me think that he might be better for her than Naoto.

Thinking that The Third will reveal him as Keiji Tanaka, Fukuwara Mask decides to take his leave. As we saw from his scars, he already took quite a beating once before for leaving GWM and he’d like to avoid that happening again. Understandable. As he’s leaving, Lady approaches him and tells him to get up to the commentary booth for the main event. Did The Third not say anything because Tanaka means so little to him or did he not want to see him punished by GWM again? Maybe we’ll find out as we see more of The Third.


GWM World Championship, Mask vs. Mask Match: The Third © vs. Tiger the Dark

You read that right. As the match was about to begin, Tiger the Dark upped the ante and challenged The Third to make this match into an apuestas match. The Third, showing total self-confidence, accepts the challenge without a second thought. The match begins and Tiger the Dark gets the first hit of the match, knocking The Third into the corner with a thrust kick to the ribs. Before he can recover, The Third is flung across the ring with a monkey flip out of the corner. In the crowd, Tiger Mask watches and wonders what will happen to his quest for revenge if Tiger the Dark finishes The Third here. Meanwhile, Daisuke Fujii watches through the TV in his assisted living center, not knowing that his own son is fighting for his honor in this match.

Tiger the Dark’s furious attack continues, knocking The Third around the ring with hard forearm strikes and kicks. When The Third gets to his feet, he tells Tiger the Dark “you’re stronger than three years ago,” before booting him in the chest. The Third then confirms his true identity by slashing Tiger’s chest open with the Devil Tornado, the same move that left the scar across Takuma’s face. As blood drips from Tiger the Dark’s chest, The Third rains down fists and elbows on his back. When Takuma is beat down to the mat, The Third takes the opportunity to lock in an STF. As Tiger the Dark is trapped in the hold, The Third taunts him be asking if he should cripple him like he did his father. As he hears that, Takuma finds the strength to pull himself over to the ropes and break the hold.

While Tiger the Dark is still fatigued from the submission, The Third takes him up to the top rope and looks to hit the Devil’s Crush, the move that ended Daisuke Fujii’s career. Takuma has prepped for this match for the past three years, blocking the move and turning it into a Side Effect off the top rope. Kevin screams for Tiger the Dark to go for the pin, but Takuma intends to make The Third suffer more. The beating his father took is burned into Takuma’s brain and he does his best to reproduce it, capping it off with a standing 450 knee drop to the chest. Tiger the Dark stands The Third in the corner and peppers him with strikes reminiscent of Super Dragon’s Violence Party.

Takuma looks to finish things with the Darkness Driver, but The Third blocks the move with a knee to the head and then kicks Tiger in his injured chest. The Third says that while Takuma may have gotten stronger and found a way to block Yellow Devil’s signature move, he hasn’t gotten to the point where he can beat The Third’s move. The Third positions Tiger the Dark’s legs into a figure four, lifts him into the air by the legs, and then slams him to the mat in a powerbomb type fashion, crushing his neck and putting a ton of pressure on his legs. This brutal move is called Sacrifice and was enough to finish the match. Seeing that Tiger the Dark can’t continue, the referee calls for the bell. Takuma fought hard, but he just wasn’t strong enough yet to take down the GWM Champion. ***3/4

Kevin rushes into the ring to check on his friend, but he’s punted away by The Third, who says that he isn’t done yet. The Third reaches down and rips Tiger the Dark’s mask from his face. Tiger Mask and Daisuke Fujii look on in shock as Takuma’s true identity is revealed. As Takuma is taken away on a stretcher, Tiger Mask runs to his side. He confesses to his former best friend that he is really Naoto. Takuma smiles and asks Naoto how he got so strong as he’s loaded into the ambulance. Kevin shoves Naoto away, blaming him for Takuma’s loss after he injured his chest earlier in the day.

In case you forgot that the bad guys are just a WWE allegory. #TigerMaskW pic.twitter.com/duibusadAD

After she closes out the show, Ms. X confronts The Third about his actions. The Third tells her that he recruited Takuma to the Tiger’s Den so that he could eventually test his skills against him. He then confirms what was initially theorized in this column; The Third is short for Tiger the Great III and he is the grandson of the original Tiger the Great. It’s not exactly a shock, but is still a really cool moment. The episode closes with Takuma in the hospital and Naoto riding his motorcycle with tears in his eyes as he worries for the health of his friend. Add one more person to the list of people that Naoto has to avenge.

This was a phenomenal episode that not only featured a great match, but also tons of character and plot development. It’s hard to know where the series goes from here. Tiger Mask still needs to get stronger to be able to take on Tiger the Great, but who knows if his rage will allow him to take that time. Will Takuma ever wrestle again? And more importantly, will we see Takuma reunite with his father?

While the War Game tournament may have been a bit silly, it culminated in a fantastic episode and leaves things open to go in a bunch of cool directions. I can’t wait to see what happens next! Thanks everyone for reading the column and being patient while I took a week off. I’ll talk to you sooner rather than later with the review of episode 26 coming to you soon. 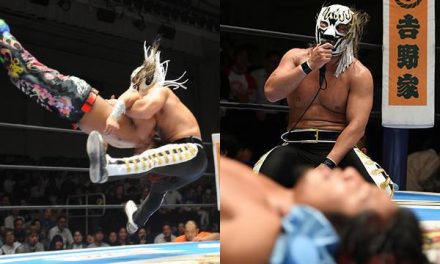