Before I dive deeper into three specific matches, I’d like to briefly discuss some undercard highlights:

This match was very similar to Zack’s encounter with Goto’s former partner in March.

The main difference here was that Zack’s technical ability was really the focus of the match. In his showcase portions, “The Technical Wizard” transitioned in and out of reversals, submissions and bridges. Like his debut, this match was held down by interference at the end.

I’d like to see a rematch down the line with, as I mentioned on Japanese Audio Wrestling, Goto taking more of the offense. Zack is one of the best in the world at pulling a crowd in when he is on defense.

Hiromu got special treatment for his entrance with the return of, what I call, the “Glastonbury balls.”

This was certainly a memorable match, just not the type I had anticipated. They got off to a molten-hot start, but perhaps it was too hot. I’m not sure if this was the planned result or if KUSHIDA was injured. Nonetheless, my jaw dropped at the finish….a rare occurrence.

Before the show, I stood in a steady rainstorm, for about 45 minutes, waiting for NJPW’s fan club photo session. The scene reminded me of the 2014 G1 Climax final at the Seibu Dome; a defining moment in Okada’s career. The rain would be a great omen for the defending champion.

Shibata went all out with his Inoki tribute. His sweeping kicks alluded to Inoki’s bout with Muhammad Ali; perhaps a tongue-in-cheek reference to the competitors’ disparate visions of pro-wrestling. Shibata added even more Inoki tributes than usual, including an Indian deathlock, bow and arrow and knuckle part (to name a few).

Shibata had Ryogoku’s support, but I felt the crowd support was somewhat tempered by Okada’s likelihood of retaining. For reference, I think Shibata’s support fell short of Naito’s from last year.

Shibata still trying to go for an elbow even though he was dead in the water added so much DAMN pic.twitter.com/RVLpCpaWvT

The finish of this match is undoubtedly my favorite scene of 2017.  Desperately, Shibata cocked his elbow, but the Rainmaker beat him to the punch. Like Okada said in today’s press conference, I can’t wait to see these two in the ring again. 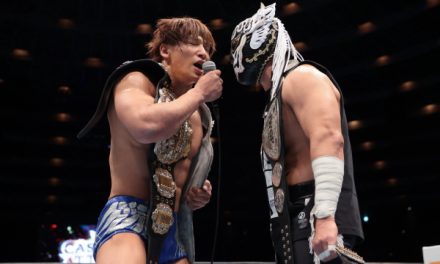 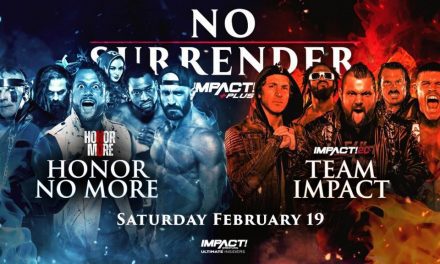