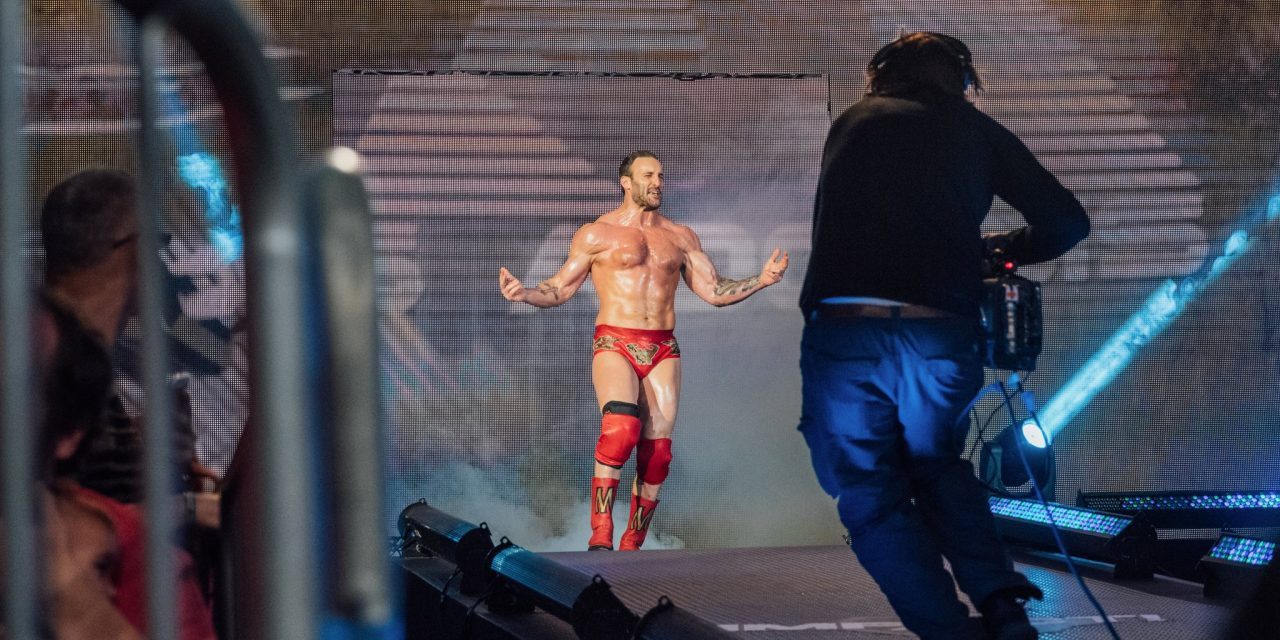 
Konley got a surprising amount of offense in here considering he’s on the lower end of the X-Division totem pole and Drake was a featured player toward the end of last year. Konley looked good though, like he has in every opportunity he’s been given so far. Drake won with a Celtic Cross. **

Mathews and Borash bickered, Bruce Prichard booked them in a Team vs. Team match where they pick representatives. It was unbearable.

Four of the people in this match were having their first ever match on Impact. Only one of them was a (relatively) consistent presence on this show a month ago (Madison Rayne has taken a considerable backseat in the last year) and that person is Brandi Rhodes. So if you’re asking why should you care about any of these people, the answer is you shouldn’t. Sienna, Laurel Van Ness and Allie opted to sit this one out apparently. In spite of being introduced as Kayci Quinn a few weeks ago, she was referred to as Ava Storie here. Madison Rayne returned to her old (considerably better) Killer Queen theme. Also, Amanda Rodriguez used Sarita’s old music. The finish emerged from 2009 as ODB beat the Rayne with a TKO. The match was a match. *

James Storm entered to a remixed version of his old Longnecks and Rednecks theme (featuring Bucky Covington if my eyes aren’t letting me down – he finished eighth on season five of American Idol) to discuss the current state of the DCC (the older version of Longnecks and Rednecks is undeniably better). Serg Salinas > Bucky Covington. Which I’m pretty sure means Seg would’ve finished at least seventh on season five of American Idol.

Storm talked about how he wanted to be a Cowboy again. James Storm claimed the highest rated Impact ever was the night he won the World title, which considering that didn’t happen on January 4th, 2010 and James Storm is not Hulk Hogan – that’s not really true. You might guess where this leaves the DCC. Kingston wasn’t pleased about all this. He felt slightly betrayed by Storm totally blowing off the whole DCC thing. Kingston referred to Bram as Bam Bam which was utterly adorable. Storm dropped them both with a Last Call. Kingston finally got to open his mouth after six months and he was great here and Storm seems back in his stride. The DCC was a dead weight on all three of these guys, blowing it off is for the best.


Usual perfectly solid TV X-Division match, a little disjointed in places but fun for the most part. Lee vs. Everett is the match they’re building toward. **1/2

This is the third Last Man Standing match in Impact Wrestling so far this year. This was a strange match, worked nearly entirely around a variety of chair spots the physicality was certainly there but the story interventions and the involvement of Angelina Love and Alisha Edwards upended the pace at vital intervals. It never quite picked up the momentum that you’d hope for from what should be a feud ending match. I hope they get a few more matches out of this just so Edwards and Richards can reach the level they’re capable of. A reluctant Richards won with a chain assisted Creeping Death after being pushed into doing it by Angelina Love. ***1/4

I'm really glad they did this in about the safest way possible. #ImpactOnPop pic.twitter.com/Hm1fDkx6Rv


Squash to remind the audience Patron exists (he disappeared for a couple weeks there). Patron continues to work with some added vigour. He picked up the win with a double stomp in the corner and called out Bobby Lashley. *

Josh Mathews and JB announced their teams for their big match next week. It will be Team Mathews (Bobby Lashley, Eli Drake, Tyrus, and Bram) vs. Team JB (Alberto El Patron, Magnus, Chris Masters/Mordetzky/Adonis, and Matt Morgan). That will be quite the match. They didn’t actually reveal Magnus on the show, rather instructed viewers to find out on the website.

This week’s Impact felt like every bit of the late bulk taping show that it was — both in terms of the ideas on the show and the energy in the building. At least hopefully, HOPEFULLY, next week puts an end to the announcing fiasco of the last few weeks. 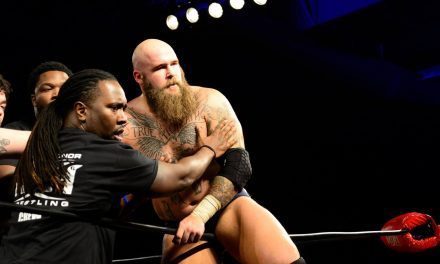