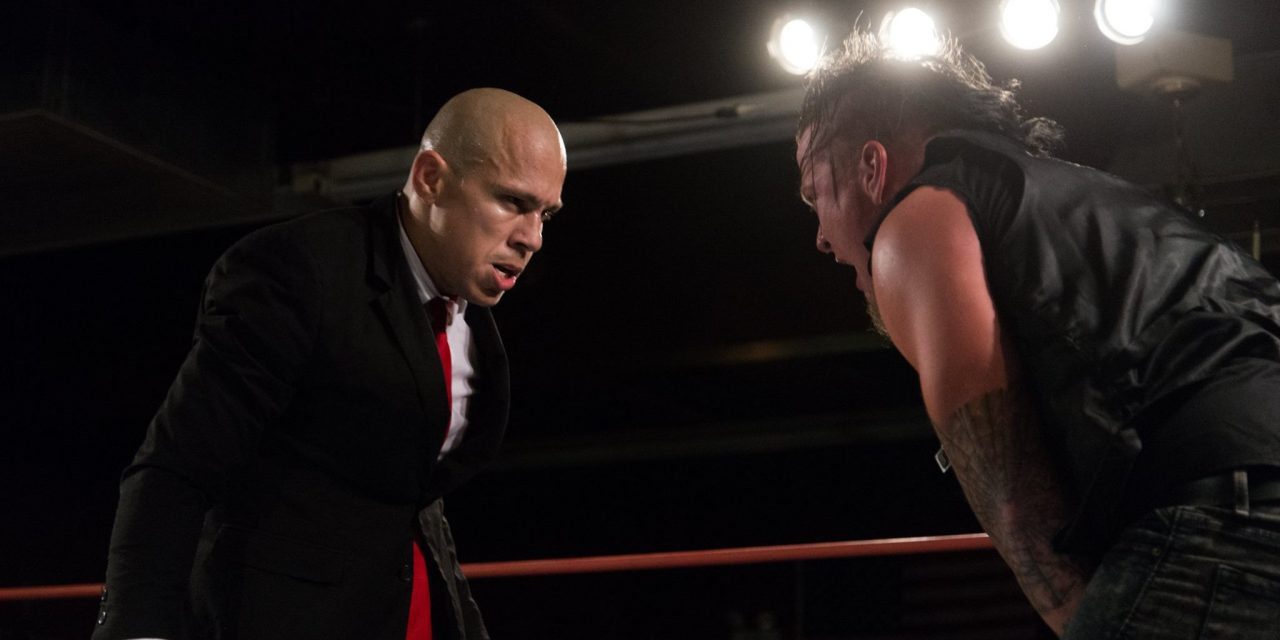 This was a serviceable opener. Having the match start with such a strong face/heel dynamic was a refreshing change from what I’m used to with AAW shows. OI4K are dreaded heels, and who doesn’t love the wacky antics of Chuck & Trent? The action in this match was strong. Both teams are crisp with their offense. That’s an aspect of Chuck Taylor’s game that he doesn’t get enough credit for. Everything he does looks so professional. Again, I think he should be a millionaire.

Even for my tastes, I thought the match got a little too move-heavy at one point. It seemed like nothing but move trading for two solid minutes before OI4K finally gained control and put Trent away with a double stomp/tombstone combination. Perfectly acceptable opener. **3/4

I could’ve reviewed this match without watching it. I should’ve done that, really. I’m sick of subjecting myself to Abyss and Homicide matches. They brawled around the ring, they brawled in the ring, they used weapons, Abyss brought out thumbtacks, and he pinned Homicide soon after the tack spot. Yippee. Skip it. *1/2

Drew Galloway finally put on his working boots for AAW. In possibly the greatest David vs. Goliath-style match since Danny Cannon vs. Kongo Kong, Galloway was able to defeat DJ Z in a little over 10 minutes with a sickening swinging Futureshock DDT.

These two brawled all over the building, but in a vastly different way than Abyss and Homicide did in the prior match. When these two were outside the ring, it felt wild and out of control. DJ Z dove off a scaffold, only to be hurled into a wall moments later by Drew Galloway. Galloway was in his element in this match, unlike his prior AAW bouts with Jeff Cobb, Silas Young, or Chris Hero, who he’s never had good chemistry with. Galloway was able toss around DJ Z in an effortless fashion, and the result was a madly entertaining match.

All of the praise can’t go to Galloway, however. I’ve been wanting a serious DJ Z push in AAW for over a year now. Everything he does is flawless. The wrestling world is dominated by exciting and explosive junior heavyweights like Ricochet and Will Ospreay right now, and for some reason, whenever the discussion of junior heavyweights comes up, everyone fails to mention DJ Z. He’s as good as it gets right now. He was superb in this match. He looked absolutely fearless in the ring and it was a thing of beauty.

This will end up being one of the best AAW matches of the year. Highly recommended. ****1/4

This was Shane Strickland’s AAW debut and it was nothing short of marvelous. This was exactly the match that he and AR Fox should’ve had. It had big dives, stupid bumps, and ridiculous innovation and offense.

For the past year, Fox has been delivering at such an insanely high level for AAW. Besides maybe Chris Hero, who crushed it in AAW during his time there, no one has been consistently as good as Fox. He’s often the highlight of each show. His willingness to work compact matches with asinine bumps is remarkable. Whether it’s with Jack Evans, Davey Vega, or Shane Strickland, Fox has the ability to bring the goods. He put away the debuting Strickland with a 450 Splash. Another great match. ***3/4

This was one of the best Penta performances I’ve seen in recent memory. From the opening bell, he had a leg up on ACH. He manipulated ACH’s body to inflict as much pain as possible. The normally happy, go-lucky ACH was outsmarted from the start and wasn’t tough enough to play catch up in the end. Penta was just better than him on this night.

I loved the way this match escalated. Each time ACh thought he had pulled the momentum into his favor, Penta was there to change that. A few minutes after getting dropped on the apron with a Package Piledriver, ACH decided to return the favor and dump Penta with one of his own. This would end up backfiring greatly. That caused the final spark of aggression that Penta needed. He fired back with an array of offense before delivering his second Package Piledriver to ACH for the win. I hope this is the first of many matches between the two. ***1/2

Scarlett & Graves have already become one of my favorite acts in AAW. After tearing it up with Michael Elgin & Brian Cage last month, they delivered another banger with the Besties this month. For being so young, I’m so amazed at the chemistry that Xavier and Wentz have together. It’s talent like those two that will continue to replenish the indies. Dezmond Xavier could be the next guy to break out during Wrestlemania Weekend. It would not surprise me at all.

Their finish looks and feels super fresh, as it’s a Swanton Bomb/Pedigree combination. Davey Vega was the unfortunate victim of this move on this particular night. He took it like a champ, in fairness. Another very strong match on what has turned into a blast of a show. ***1/2

This took all of 30 seconds. OI4K snuck up on the two youngsters and planted them into the canvas with powerbombs and piledrivers. OI4K displayed some awesome facial expressions, which really added to the “match”. Very interesting booking decision. NR

Trevor Lee didn’t dance! That, folks, is a small victory for the wrestling world.

He played up his cocky, brash persona, which contrasted great with Fenix’s ultimate babyface offense. Lee attacked Fenix before the bell, and from there did his best to keep the high-flyer grounded. That only worked for so long, as eventually Fenix was able to fight back, fly through the air, and eventually pin Lee for the victory. This felt like an excellent TV match. It was a step below everything else on the card up to this point, and I think a lot of that is due to Lee beating down Fenix for just a little too long, but I’ll take that over dancing, half-ass Trevor Lee any day. This was a step in the right direction for Lee and another solid outing from Fenix. ***1/4

What a performance by both men. No two men in wrestling are able to produce such engaging and exciting grappling. This was exactly what I expected it to be, as the two took it to the mat early, only to end up whaling on each other with brutal strikes as the match continued.

The last time I saw O’Reilly before this match, he was in front of 20,000+ at the Tokyo Dome crushing it. Here, in a small room in Berwyn, he fit in just as well. He’s become such a special talent, capable of working engaging matches in front of crowds big and small. He’s become one of the very best wrestlers in the world, and that’s not meant to slight ZSJ, who was obviously terrific in this match.

It’ll be hard to find a better mix of grappling and striking that isn’t performed in an overly masturbatory way in 2017. These two get it. They keep the crowd invested while entertaining themselves. O’Reilly tapped out to one of ZSJ’s many wacky submissions. Great match. ****

I’ll be upfront and say that I absolutely hated the finish. It’s the price you pay when you book Low Ki, but it still sucks. This match, with a clean finish, would’ve been one of the best matches of the year. As it was, it was still an absolute spectacle.

No one brings to the table what Low Ki brings to the table. No one shows the intensity, the fire, or has offense that even compares to Ki. Nearly 20 years into his career, he’s still firing on all cylinders. He’s a different animal than the one he was in 2002, but that doesn’t mean he’s not as good. He’s an explosive wrestler, both in terms of offense and personality. Every time he’s stepped in an AAW ring, it’s felt like an event. This was no different.

Callihan has wanted his hands on Low Ki since their incident at Jersey All Pro in 2011. He got that here, and for all the shit I’ve given Callihan over the past year reviewing AAW, I must say that Callihan absolutely brought it here. Callihan, in general, has been on fire this year, and this was one of his best performances I’ve seen from Callihan ever.

This was such a wonderful display of drama. From the opening moments with Ki sending Callihan flying back into the turnbuckles with his signature shotgun dropkick to Callihan taping up Ki’s wrists in the ropes to Callihan taping up his jaw to continue fighting Low Ki. This was a spectacle. This match felt like a bigger deal to the crowd than any other AAW match I can remember, and it felt like one of the most important indie matches in years. Besides the finish, this delivered in every single way possible.

The finish, again, blew. Abyss came in, threw powder in the face of Ki, hit a chokeslam, and then had Callihan pin him. The worst part of all this is that Callihan couldn’t even hit a move to beat Ki. It was Abyss, and Abyss is atrocious. The more I think about it, the more it frustrates me. Even with that in mind, however, this will go down as one of the most memorable bouts of the year. Low Ki is still an elite level performer, and Sami Callihan has gone from a wrestler I dread watching to a consistently very good performer. This match is worth the purchase of the VOD alone. Professional wrestling is great. ****1/2

I’ve been reviewing AAW for almost an entire year now, and this is far and away the best show they’ve put on in that time. Galloway vs. DJ Z, Sabre vs. O’Reilly, and Ki vs. Callihan make this an easy recommendation. Nothing on this show is bad, as Abyss vs. Homicide was at worst, harmless. I can’t recommend the main event enough. This was the best offering from AAW I’ve ever seen. 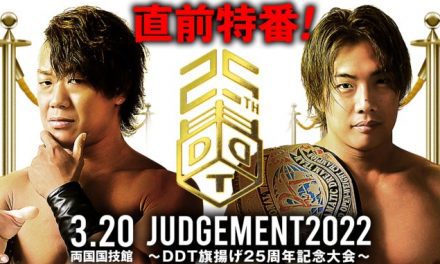