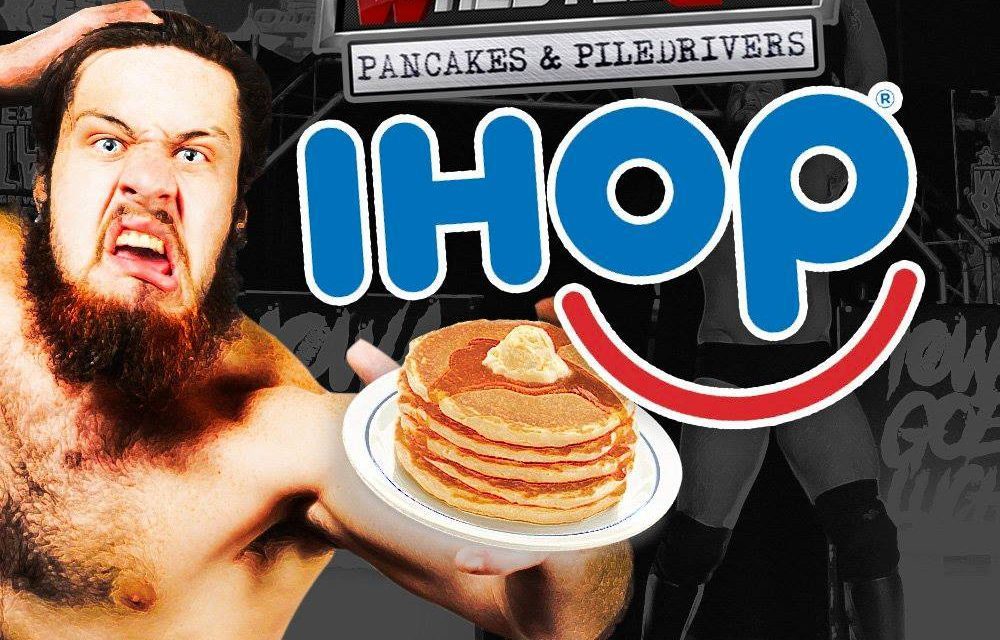 Somehow, this is a first time ever match, despite the two being perfect opponents for one another. This was a perfect opener. Starr and Cobb played to each other’s strengths, that being Starr’s junior heavyweight, grappling-influenced style and Cobb’s raw power. I loved the intensity in this, especially considering that this was just the opener. They could’ve played it safe and played for laughs, but the two really went after it. Starr, between wXw, CZW, and various smaller indies, has become one of my favorite wrestlers to watch. He looks very comfortable in his own skin. This was one of Cobb’s stronger outings in recent memory. He put Starr away with the Tour of the Islands. ***1/2

Who in the world is Palmer? He’s more than just a lad that wrestles in douchebag jeans. He’s a Texas guy that has found limited work in the WWN Universe for FIP and Style Battle, as well as ACW. Despite picking up the win with a tombstone from the middle rope, he was a total zilch. I get that these sorts of shows are a great way to make new names on the indie scene, but this was the Dezmond Xavier Show.

Dezmond Xavier has made his presence felt in AAW over the past year, and this match felt like his first big showcase on a greater stage. He looked very comfortable in there with talents like ACH and Moose, and arguably 2017’s best wrestler, #BigMike. His dive over the pancake line onto a pile of opponents was a thing of beauty. There is money to be made with a long program between he and Ricochet. He’s a long way from being a superstar, but the groundwork is there.

This match was exactly what it should’ve been. There was no sense of long term selling, but it wasn’t needed. It was a cluster and it was beautiful. Elgin continues to put himself in great matches. He’s an early frontrunner for Most Outstanding Wrestler. As stated earlier, Palmer won with a tombstone off the middle rope. The finish came across super flat, because it was Palmer that won, and who in the world is Palmer? ***3/4

This wasn’t as bad as you might think. It was kept to the simple format of Kingston beating the living tar out of Krugar in an entertaining fashion. It seemed like Kingston genuinely enjoyed this beatdown, and that transcended through the screen. Kingston planted him with a backfist for the pinfall. ***

This doubled as a birthday celebration for Jack Evans. I’m sure he was more than happy to be out there, wrestling in pancakes, but this was not the most enjoyable bout to watch on my end. The match was just a mess. Again, it looked like Jack was just trying to have some fun out there and he’s coming off of a pretty severe knee injury, so I can’t rip the guy too hard. This was a match for the live crowd, more than anything. **

What a terrific first time match. These two have found residency in both Lucha Underground and EVOLVE at the same time, but they’ve never met until now. As expected, this was sickeningly smooth. Watching Ricochet this weekend, first against Keith Lee and now against Strickland, it’s dawned on me that very few people fully appreciate how great he is. He’s been wrapped up either in Lucha Underground or the New Japan junior tag scene for so many years now that he’s become a consistently good wrestler, but we very rarely get to see truly “great” Ricochet performances. This was one of them.

I should also note that Shane Strickland, much like David Starr, has improved leaps and bounds since getting work in Europe. Strickland was a dollar store Rich Swann for so many years, and it’s great to see him break away from that and become his own wrestler. I liked the dynamic here, with him knowing Ricochet’s greatest hits and forcing Ricochet to adapt. Adapt he did, as he was able to overpower Strickland and win after a Flatliner of sorts. I hope he continues to use that. I like the Benadryller, but this Flatliner variation is absolutely brutal. ***3/4

I laughed harder at Jake Manning looking at the Manscout Handbook for tips on how to escape the Figure Four than I’d like to admit.

Other than that, this was exactly what you’d think it would be. If you like this sort of stuff, more power to you. I didn’t really dig Young taking a super nasty apron powerbomb. This sort of intergender wrestling is not for me. **

This was the shot of energy that this show needed! This might have been the best grudge match of the weekend. Callihan has been chasing Fenix and Penta all around the globe, and this chapter in Orlando was tremendous.

I would’ve liked to have seen Cage use his size more in this match. Sans an awesome suplex that sent Penta crashing from the apron to Callihan and Fenix on the floor, he seemed like more of a high-flying cosplayer. What Cage can do is amazing, but I wish he’d incorporate more strength spots into his offense when he’s wrestling the likes of Fenix and Penta.

The aforementioned luchadores are such great singles competitors, but I think they shine brightest in tag settings. They have a unique chemistry that shows off their “brotherly bond” in a way that so few brother tag teams have been able to pull off. Their chemistry and charisma is off the charts. They obliterated Callihan with a Package Piledriver and a Canadian Destroyer for the pin. Highly recommended. ****1/4

This was nothing short of an absolute spectacle. This 11 man ladder match, that ended up really being a 12 person match with the involvement of Penelope Ford, was one of the most breathtaking, jaw-dropping stunt shows I’ve seen in recent memory. I don’t know how everyone was able to walk to the back after this match.

Every person involved had a spot that made me want to stand and cheer. Caleb Konley powerbombing Jason Cade through a table, Lio Rush hitting a Rush Hour off the ladder, Penelope Ford diving from the top of a ladder to the floor, and just about everything AR Fox did all stand out as highlights to me.

The murky finish with Fox and Cade struggling to create an engaging battle atop the ladder hurts this match only a little bit, because the winner of this match was irrelevant. This was car crash professional wrestling at its best. The Highspots crew did a pretty good job of capturing all the action, Rob Naylor and his cohorts on commentary did a great job calling it all, and the in-ring action was just on another level. One of the best matches of the entire weekend. Worth going out of your way to see. ****1/2

I adored this show. There were murky spots on the undercard with the Jack Evans tag match and to an extent Kingston vs. Krugar, and although Su Yung vs. Jack Manning was a bore, it was what I expected it to be. The matches that needed to deliver did just that. Cobb vs. Starr, the 5-man scramble, Ricochet vs. Strickland, and the two main events are all worth watching. I implore every wrestling fan to check out the main event. Truly one of the wildest and most entertaining matches that will take place in all of 2017. Big thumbs up for Wrestling Revolver’s Pancakes and Piledrivers. 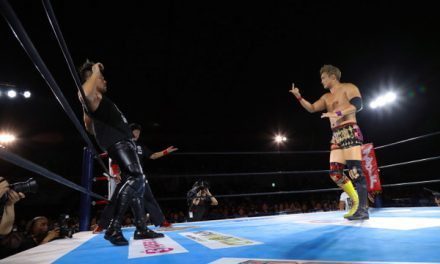