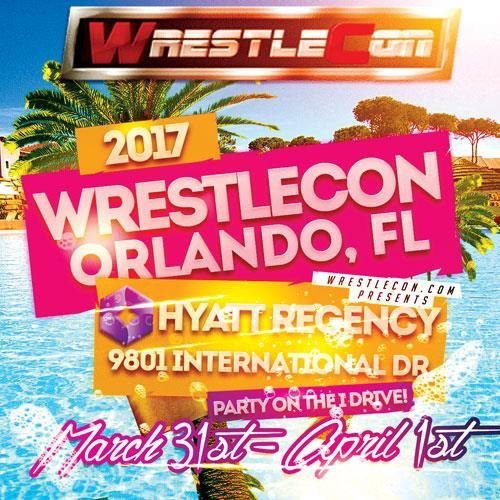 These WrestleCon Supershows are always bizarre on paper.

In 2016, we had Team Jeff Jarrett go against Joey Ryan in a match I never want to see again – but we also had a killer Ospreay/Scurll match, some lucha showcases and Rey Mysterio, Ricochet and Matt Sydal going up against Brian Cage, Chris Hero and Zack Sabre Jr. in a FirePro special.

These shows are a mix of legends no one wants to see in the ring but scratches that nostalgia itch well. We get indie talents that work everywhere and then odd folks like Abyss and Brian Myers. This year though looks like a real hoot – as only a couple of “legends” have been announced thus far and the card remaining a bit of a mystery still. As I write this, more people are getting announced daily so maybe shit will continue to get exciting.

God dammit, this rumble apparently became a match for the DDT Ironman Heavyweight Title so it’s all null and will probably just be super silly. It could be fun, but I truly wish this title was defended in DDT rather than over Instagram or whatever. Anyway, it’s impossible to predict and it doesn’t matter, but I hope we at least get some “legends” destroying some young flyers and Shannon Moore and Jack Evans making some not-so-veiled drug references. And I hope to fucking god we get Scott Norton, that should be a requirement. Prediction: Scott Norton

Here we have two semi-big time stars and insane bodies probably destroying their bodies in a way in which they really don’t need to for the scale of this show. Johnny Mundo at times can be an insane person, taking bumps off of high places, going through tables, flying outside of the ring. He also happens to be like every champion in AAA. Brian Cage uses the Steiner Screwdriver, can throw just about any wrestler 10 feet in the air and has had excellent “brawl around the arena” type matches with Willie Mack in Lucha Underground. He’s champion of WrestleCircus, at last look and these guys also happen to be friends outside of the ring, so the two have probably talked about a lot of nutso spots in order to steal the show on this card. I’m hoping for that, trying to stay positive and not get a repeat of the Monster’s Ball match from last year’s show.

One thing is for certain—Brian Cage is getting A LOT of opportunities this weekend to show what we can do. He’s a known commodity, he’s super entertaining, but one or two HUGE performances could rocket him to superstardom. I’m pulling for it, truly. Prediction: Johnny Mundo

No matter who Ospreay and Ricochet legit chose to be in this match, it was destined to be an upgrade over Team Jeff Jarrett vs. Team Joey Ryan. In my audio-preview of the event, I spoke my desire and hope that this was just straight up insane flyers (Shane Strickland, Angelico, Jack Evans, etc.) and hopefully Toni Storm and Tessa Blanchard. I was hoping we would get a match where we had 5 people on each team that we’re going to ALL have a match to put the Ricochet/Ospreay series of acrobatic wrestling to shame. Instead, we’ve gotten a mix of BIG TIME indie names and some poised to break out soon. As it stands right now, it still looks exciting – and will probably entertain for the 20-30 minutes it runs, but my floor was set at insanity. Now it’s at “really good”. Ospreay’s team has 3 of my favorite indie guys (Scurll, Rush & Galloway), while Ricochet’s team has guys I respect but don’t fanboy over.

Still—I expect Galloway and Callahan to destroy each other, Jason Cade and Lio Rush to show they are the next big things and AR Fox to kill himself like in every match. Undoubtedly, the match has to end with Ospreay and Ricochet matching up and running through their usual, hopefully NEW acrobatic exchanges. It’s a toss up as to who can win, but I gotta think there is a chicken-wing involved. Prediction: Team Ospreay

There are a lot of matches that have been announced for WrestleMania weekend, a high percentage of them “dream matches” or at least promising on paper. Somehow, through it all—this might be the match that I’m most excited about.

At it’s peak, it probably has a ceiling of like a 4-star match, but the big-man athleticism and suplex potential that I’m hoping to see here has me fuckin’ salivating. Lashley, the guy who wrestled on behalf of Donald Drumpf at an ACTUAL WrestleMania and has spent the last few years dominating the brand sort of still known as TNA has actually become truly enjoyable during his stint there. He still has a body that looks 100% impossible, but he occasionally puts on pretty great matches and often puts on good ones.

Jeff Cobb can suplex and powerslam just about anyone in the world. These are two big dudes who don’t work “big dude” style, but carry their size well and use it to their advantage. There will be a lot of slams, a lot of shoulder blocks and fuck I don’t know, I’m stoked as hell for this match. Prediction: Bobby Lashley

The Hardys vs. Fenix & Pentagon Jr.

Bravo to WrestleCon for booking a tag match feature four of the most over acts on the “independent” scene right now.

While the “hip” wrestling fan is probably soon to (or has already) turned on some of these guys, the seeming truth is the charisma of Pentagon and Matt Hardy are drawing people to shows in huge droves. Neither dude is the world’s best worker, but from an entertainment standpoint – and focusing on commitment to character, they are hard to beat.

Fenix (or Rey Fenix) is one of the most underrated workers in the world. That sounds crazy to say about someone who has had a bunch of high profile matches around the world, but the dude is spectacularly solid if not outright exciting in just about every match he’s in.

Jeff Hardy is Jeff Hardy in 2017, but the dude is coming off an awesome match at the ROH 15th Anniversary, so whatever. These two teams met in a big 5-way clusterfuck at the January The Crash show, which was fun but super easy to not care about—and if the Hardys don’t go to WWE immediately, I’d expect these two teams to have matches elsewhere in the coming months too. Anyway, expect people to go through tables, expect Pentagon to punch the hell out of Matt Hardy, through Jeff Hardy off of something high to the floor, expect Fenix to dive into the crowd, expect something fun. Will this be an all-time classic? No way, but it should be a super easy watch. Prediction: The Hardys 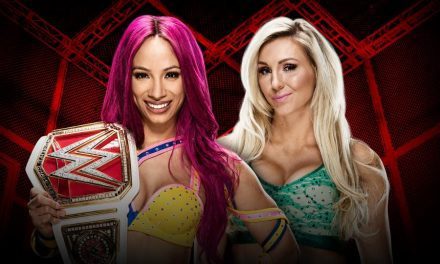 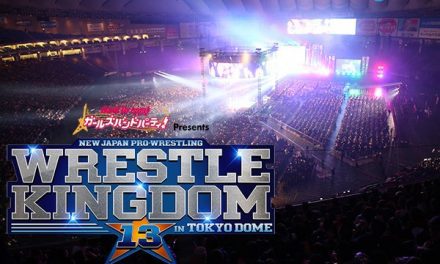 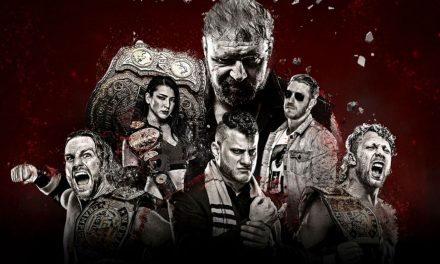