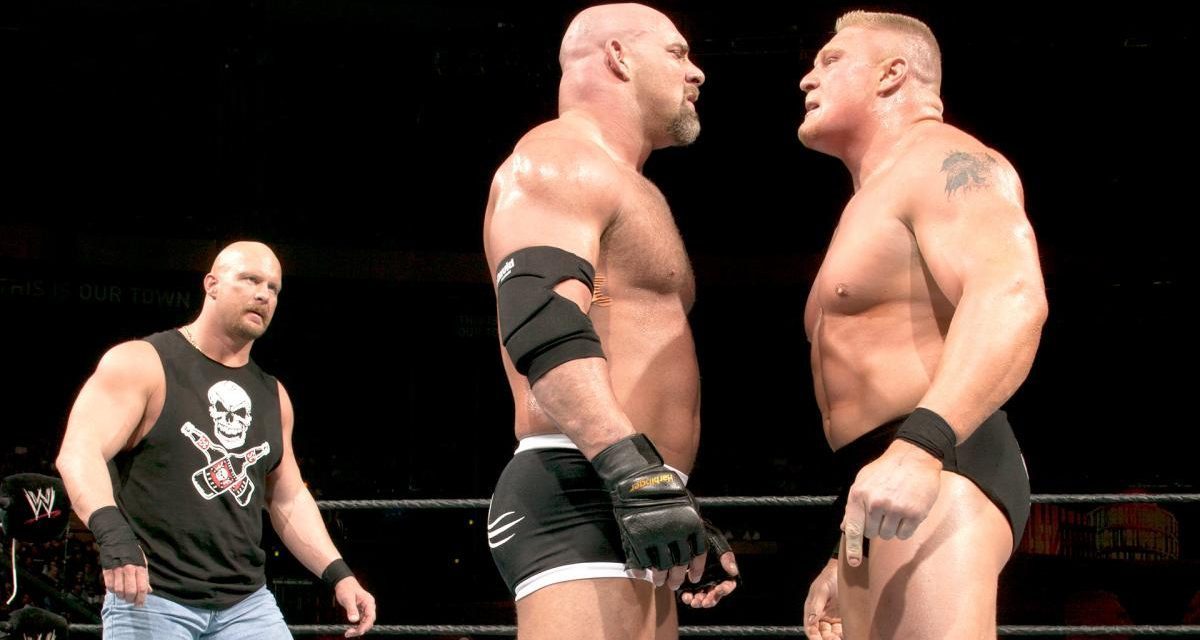 High expectations can be treacherous because you are predicting an emotion. If you go into a film or a sporting event and you expect a good outcome, you are telling yourself that at the end of this experience, you are going to be happy. Or as a better way of saying it, you are going to be satisfied.

I recently saw the film Logan and based on what I had seen from trailers and interviews with the cast and crew, I went into the film with high expectations. I thought it was going to be a great movie. And it was. Logan was a tremendous film, and while I don’t think “happy” is the appropriate word to describe the torrent of heavy emotions I felt while watching it, Logan certainly left me satisfied. It met my high expectations.

I must repeat myself: High expectations can be treacherous.

You may think you’re going to like something, you may think it will leave you satisfied, but you don’t know for certain until it happens. And if your high expectations are not met and your emotional prediction turns out to be a bust and you’re left unsatisfied, it can leave a very poor taste in your mouth.

Let me tell you about unsatisfied expectations. On April 2, WWE Universal Champion Bill Goldberg will defend his title against Brock Lesnar at WrestleMania 33. The first time these two men fought each other in a singles match is quite possibly the most disappointing match of my entire wrestling fandom. If you’re a newer wrestling fan who isn’t that knowledgeable about their wrestling history, I should clarify that I’m not talking about the match they had at Survivor Series 2016; the one where Goldberg demolished Lesnar in 1:26. No, I’m talking about the very first time they met, a whopping thirteen years ago. I’m talking about WrestleMania XX.

The backstory for the feud was simple. At Royal Rumble 2004, Brock and Goldberg had a confrontation backstage during Goldberg’s interview. Later on in the Royal Rumble match, Brock interfered and hit Goldberg with an F5, wounding him enough to allow Kurt Angle to eliminate him. The next month at No Way Out 2004, Lesnar defended his WWE Championship against Eddie Guerrero. This time it was Goldberg who interfered, spearing Lesnar and giving Eddie the opportunity to hit a Frog Splash and win the belt. An interpromotional match was made between Raw’s Goldberg and SmackDown’s Lesnar for WrestleMania XX and just to make things interesting, a special guest referee was added to the match: “The Sheriff of Raw” (don’t ask) Stone Cold Steve Austin.

11-year-old me was overwhelmingly giddy for Lesnar vs. Goldberg. And honestly, why wouldn’t I have been?

Then along came reality which kicked my expectations square in the nuts. Unbeknownst to me at the time, Brock Lesnar and Bill Goldberg were both leaving WWE. Lesnar was leaving the company because he wanted to pursue a career in the NFL. Goldberg was leaving because his contract was up and he didn’t want to re-sign. So while innocent 11-year-old Andrew was expecting an exciting contest between two powerhouses trying to destroy each other, what he got instead was one of the most dreadful, plodding matches that he had ever seen between two men who could not care less.

WrestleMania XX is taking place in WWE’s signature arena, Madison Square Garden in New York City. By this point in the night, those in attendance and those watching at home have already seen John Cena defeat Big Show to win his first championship in the company, Trish Stratus turn heel on Chris Jericho and align with Christian, the final match of The Rock ‘n Sock Connection, a Playboy Evening Gown Match (2004, ladies and gentlemen), and the Cruiserweight Open. But those matches are preliminary filler compared to the epic bout that is about to commence.

Austin comes out on an ATV and gets a nice ovation from the NYC crowd, no surprise there. Lesnar comes out next and gets resounding boos. They do not like him. Goldberg is the third and final man to arrive and while he doesn’t get the same vitriol as Lesnar, it’s not exactly the rah-rah reaction I was used to hearing on Raw either. Jim Ross and Jerry Lawler are on commentary. JR says that he expects a “very physically intense matchup” between the two. Keep those words in mind.

The bell rings and the two heavyweights stare each other down. They keep staring. And then they stare some more. Austin urges the two to start wrestling and they respond by, you guessed it, continuing to stare. Brock Lesnar and Goldberg are literally doing nothing in Madison Square Garden at WrestleMania for what feels like an eternity; it’s a bold strategy, Cotton, we’ll see if it pays off. While all of this riveting action is going on in the ring, the MSG crowd are letting their opinions on the match and the competitors be heard LOUD AND CLEAR. I may not know at the time that Brock and Goldberg are leaving, but they certainly do. The crowd serenades the two gladiators with nonstop boos and chants. Within the first five minutes, we get the following utterances from the audience:

Why are they chanting these things? I remember thinking at the time. Why are they booing Goldberg? He’s the hero! And why aren’t Brock and Goldberg doing anything?

JR and Jerry are doing their best to deal with the match and the audience. The common comparison that keeps getting brought up is that Brock and Goldberg are two bulls going head to head. That explains all the shit in the ring. JR acknowledges the rumors that Brock is going to the NFL. He also acknowledges the crowd being antsy for a fight. “Why are both these giants reluctant to get it on?” asks Jerry. That’s another recurring theme on commentary: The fact that Brock and Goldberg are “less aggressive” and “more cautious” than usual. It’s almost as if they don’t care.

After another round of stalling, Goldberg hits the first real big move of the match: A military press dropped into a spinebuster (I can’t lie, it’s a delicious move). Goldberg goes for a spear, but he misses and hits the ringpost. Lesnar attacks Goldberg on the outside, prompting the crowd to rally behind the babyface and chant “Goldberg sucks! Goldberg sucks!” 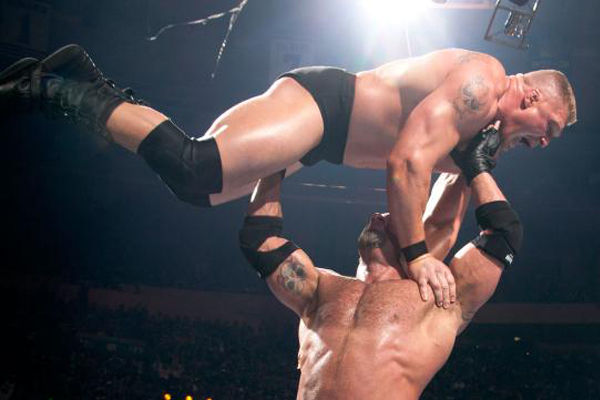 Lesnar gets Goldberg back into the ring and goes on the offensive. And “offensive” to Brock Lesnar doesn’t mean a bevy of suplexes, clotheslines, powerslams, powerbombs, or similar heavy impact moves. No, “offensive” to Brock means hitting two generic standing suplexes and then slapping on a modified headlock… for another five minutes. Lord knows they need a breather from the high velocity action that has taken place thus far.

To make matters worse, the crowd starts chanting “Hogan! Hogan!” This may seem like another random chant, but I did a little research and it turns out that there was a fan in the audience dressed like Hulk Hogan who was goofing off with another fan who was dressed like Randy Savage. The Hogan fan is Godz from the WrestleCrap forums and this is his account of what happened:

I heard someone taunting me from behind “Hey Hogaannnn…” I turn around, and there’s someone decked out as a 1980’s Macho Man Randy Savage. So we’re taunting each other back and forth (He’s a few rows behind me), and the crowd starts really getting into it, as I get in “Macho’s” face, taunt him with my replica WWF title belt, we’re cutting promos on each other, etc. A small “Hogan” chant starts up, and even people at ringside can be seen looking up at us.

The biggest pop of the night (hush, I’m the one telling this) comes when I rip my shirt off and do all the classic Hogan poses. Someone tells me that the commentators are even watching at this point, I look down and see that it’s true. Big Hogan chant continues until a security guard comes over and is like “Man that’s funny as hell, but they told me to make you sit down.” (Credit: Wrestlecrap.com)

Great. So not only is the match dull as dirt, but now there’s a distraction happening in the crowd. You can actually see people on the hard cam turning their heads away from the ring. Brock and Goldberg masterfully bring back the audience’s focus by… continuing the modified headlock. You know what else continues? The booing, as do the “This match sucks” chants. Meanwhile JR calls the match a “pedestrian, mat-oriented contest,” which is a far cry from the “physically intense matchup” he predicted earlier.


Goldberg fights back with a lariat and a swinging neckbreaker. The crowd cheers, but I’m fairly certain it’s for the Hogan fan because people are still looking his way. Also because they’re still chanting “Hogan! Hogan!” Goldberg continues his fiery babyface comeback with a spear, but only gets a two-count. He argues with Austin, then gets hit with an F5 from Brock. That only gets two, which actually causes the crowd to boo. Friendly reminder: Goldberg is supposed to be the BABYFACE. Lesnar argues with Austin, then turns into a second spear. More booing. Goldberg hits the Jackhammer. 1, 2, 3. The crowd goes mild.

The match is over and Lesnar gets back up. He glares at Austin. The “Na Na Na Na” song starts back up and Lesnar flips the crowd the double birds. He then flips them to Austin (a bad idea in any capacity) and Austin gives Lesnar a Stone Cold Stunner to a big cheer. So long, Brock; enjoy your time in the NFL. Goldberg and Austin share a beer, but even that’s not enough to warm their cold black hearts to Bill. Austin then gives a Stunner to Goldberg, again to a big cheer. So long, Bill; enjoy your time hosting Bullrun on the Speed Channel.

When I first heard that Brock Lesnar and Goldberg were going to wrestle each other at WrestleMania XX, I had such high expectations. And then the match happened and it felt like my soul was stomped on. You could say that I gambled with my emotions and lost, but I didn’t think it was a gamble at the time; I was just a kid. I assumed that they would put on a great match no matter what. Maybe that’s why it’s the most disappointing match of my time as a wrestling fan. I was still so young, not yet tainted by the cynicism and negativity that pervades the psyches of a lot of older and more experienced wrestling fans. I didn’t know about backstage scuttlebutt or what a “dirtsheet” was. Whatever was on my TV screen was the gospel. Brock Lesnar vs. Goldberg was the first time pro wrestling truly let me down.

Thirteen years later, I’m going to wisen up and keep my expectations for Brock-Goldberg III on a much lower level. Goldberg is now 50 and has only wrestled in short burst matches, so if this one goes long (well, “long” is a relative term for Goldberg these days) who knows what will happen. This could turn out to be a good match or it could turn out to be a stinker. Either way, I’m not going to make the same mistake twice. 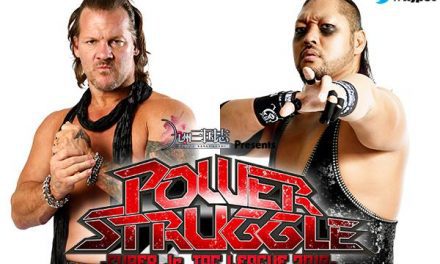 Music of the Mat #54: The Eternal Queens of Joshi