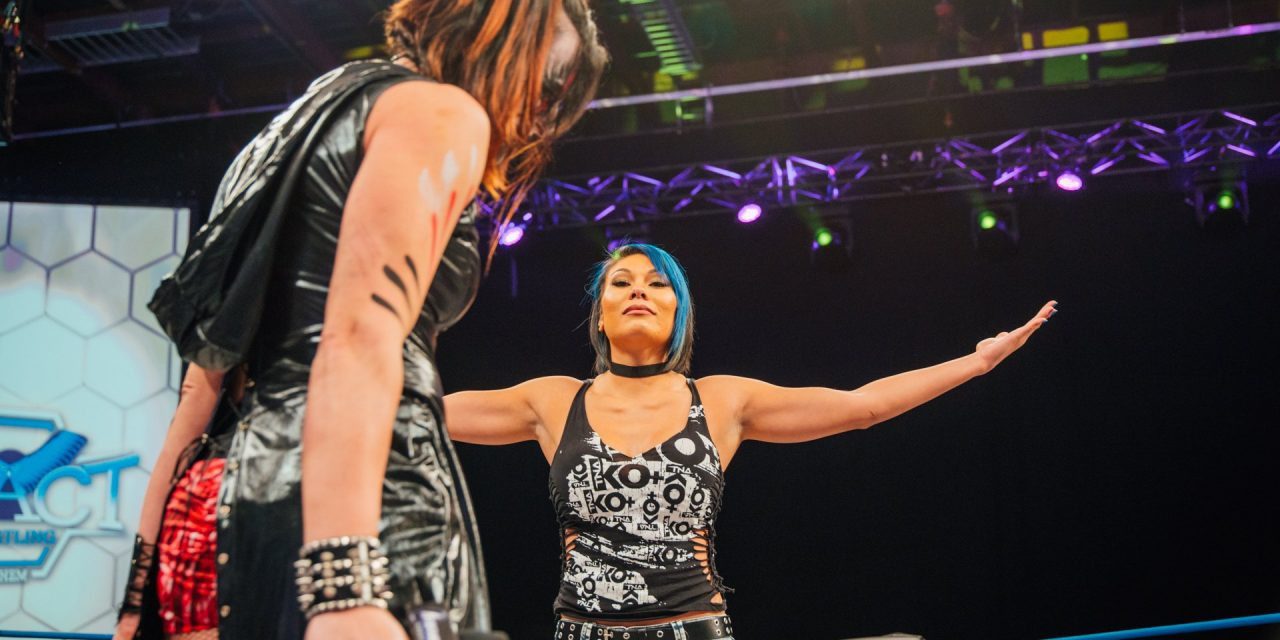 This followed the trend of the two prior matches in this rivalry – intense, action packed, and thoroughly entertaining. Plus pretty violent to boot. This was their best match yet. They did a great job of steadily building the drama around the ten count, particularly using progressively more devastating versions of the Red Wedding to structure the match around. These two have great chemistry together and Jade in particular will be a big loss to the Knockouts division. She went out on a big high though. Rosemary won with a Red Wedding on the stage. ****

Moose came to the ring and called Cody (who will face Moose next week) a “big ol’ ugly bitch.” Cody jumped Moose from behind and they had a big pull apart brawl. Moose murdered a security guard with a powerbomb. This was really well executed, particularly when Cody threw Josh Mathews half way across the Impact Zone (I thought he was meant to be a heel – TNA are either setting up a Josh Mathews heel run or him receiving his comeuppance under the new regime next week, one of those options is considerably better than the other) and Moose took out like five guys with a huge dive. This made me considerably more interested in a Cody/Moose match than the contrived turn last week.


Josh Mathews and Pope spent most of this match bickering. Same as the matches vs. Bram and Kingston over the last few weeks, solid match but with Godderz given a visual pin before the DCC’s interference allowed Storm to hit the Last Call for the win. **1/4


I have no idea what Everett has done to earn an X-Division title match. He has only one three matches in his entire TNA run, all of which were One Night Only matches. They’ve also rushed into this match for no reason whatsoever (except maybe a depleted roster). Everett hit some cool dives though and has some real breakout babyface potential and the match was a lot of fun. These two are capable of a generation defining rivalry if given the opportunity. Helms caused a distraction allowing Lee to get his knees up on a Shooting Star for a small package win. ***1/4


Same deal as usual. Jeff talked to an animal (while blowing off a lama with the essence of the Dalai Lama, the highlight of this weeks Hardys adventures). They teleported to Maryland Championship Wrestling. They shot fire works at people, won the tag titles, sang a little song and disappeared. The well is running relatively dry when it comes to creativity and the Broken Hardys act. A change of scenery will likely do them a world of good. **

This was more akin to their first match – they just went all out and threw bombs with no nonsense. Galloway won Round 1. Moose won Round 2. They called back to the previous low blow finishes but this time Moose kicked out. Galloway hit the Claymore and Moose hit the Game Changer at the end of Round 3 but it went the distance. Moose won the match and the belt on judges decision. This sort of compact, action filled match should be the template for the Grand Championship division. With Galloway unfortunately out the door, Moose is the next best alternative to carry that style. ***1/2


This was a weird match. It felt like a feeling out process with a finish plopped on top. There wasn’t any great sense of rhythm or flow, nor was there any feeling of danger that generally makes matches like this with real fighters pop. Lashley won with a Spear pretty abruptly. Just a strange match. **1/4

In many ways this show was the end of an era. The final show before Anthem’s vision for TNA is enacted in full. It was also the best episode of Impact in at least a month as it happens, full of good angles and good matches. Between the roster overhaul and the new creative, next weeks show will likely feel considerably different. God speed TNA. Good luck Impact Wrestling.

A special mention has to go to Josh Mathews here, he was utterly unbearable throughout this show. He was so destructive and so counter-productive that it made me legitimately, viscerally angry at times. And to his (dis)credit, he was trying to be – but he was so overwhelmingly obnoxious that it made me contemplate opting to watch the show on mute instead. Either they’re running with him as a heel or setting him up for the new management (who arrive next week on TV as well as behind the scenes) to replace him (likely with Jeremy Borash) but his performance here was one of the worst in the history of televised announcing. That’s not hyperbole either, he was that bad. 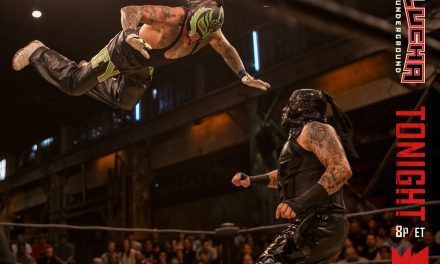 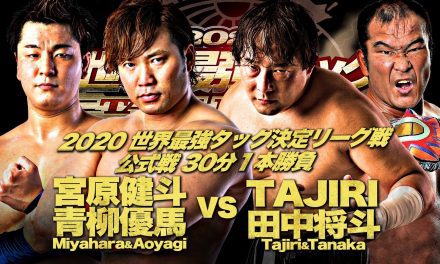