James Storm briefly expounded upon DCC’s motivations before the match, calling back to being suspended by Billy Corgan (without ever specifically mentioning Corgan). Storm and Tyrus basically worked as babyfaces for their respective teams to build a structure around. The highlight was Storm mimicking the Funkasaurus. Drake left Tyrus hanging resulting in the DCC picking up the win with a Last Call. *1/2

Brandi Rhodes made her way to the ring. Rosemary and Decay have been courting her in recent weeks. Brandi called Rosemary out. Decay surrounded Brandi, Cody (Rhodes) was nowhere to be seen so Moose made the save instead. It was nice of Moose to step in where Brandi’s husband didn’t. A mixed tag team match will take place next week.


Spud demonstrated that Rex’s name can only be sung for a while before Robbie E had enough. Spud distracted the referee allowing Rex to pick up the win with his loaded punch. Usual house show style Impact midcard match. *1/2

It makes sense that after @MATTHARDYBRAND and @JEFFHARDYBRAND became the greatest team in all of time and space they'd master teleportation. pic.twitter.com/9UUJCr5zom


I’m not entirely sure what Shera has done recently to earn a title shot. Shera hit the Sky High right at the end of Round 1 but the bell saved Galloway. Round 1 was then awarded to Shera. An angry Galloway then picked up the win in Round 2 with the Future Shock. It’s a shame he got hurt before Bound For Glory and Rex was asked to carry the division because Galloway is the perfect guy to lead an attempt at style innovation like this. **1/4

New X-Division champion Trevor Lee came to the ring with Shane Helms and Andrew Everett. Helms gloated about Lee’s title win over DJZ via less than legitimate means. Helms called out Everett for being the weak link in the Helms Dynasty. I’m not sure why Helms is upset at Everett at this particular time. It’s not like they really built anything bar maybe some forlorn looks from Everett last week. Everett stood up for himself and got beaten down. This whole thing came out of nowhere. It was one of those instances where the turn was contrived to fit booking plans rather than thoughtfully executed. Everett and Lee should produce some great matches at least.


Angelina Love (the wife of Davey Richards) and Alexxis Nevaeh (Eddie Edwards’ wife) were sitting together at ringside. If that didn’t set off your angle alert sirens nothing ever will. After their usual good match, Edwards hit the Boston Knee Party but Davey Richards pulled the referee from the ring. Eddie was aghast as Richards was shouting about how it was always all about Eddie. Lashley Speared Edwards to retain the title. They did however do the extremely dumb thing where Richards actually helped Edwards earlier in the match (by grabbing the belt out of Lashley’s hand). That sort of basically logic failing shouldn’t make it out of the production meeting. **1/2

I’m not sure how I feel about this one. TNA is painfully short on teams and they broke up two of them in back to back segments. TNA’s face/heel seesaw is also dreadfully unbalanced right now, leaning far too much toward the heel side (though that may open the door for the likes of Jessie Godderz and Robbie E to fill those gaps). They did at least build to this one, laying some seeds in recent weeks and Edwards and Richards should produce some great matches if given the opportunity. The turn was modestly well executed but I desperately hope the whole thing doesn’t become all about Angelina Love. We’ll see where it goes.

The usual solid middle of the road Impact has a consistent good segment, mediocre segment formula. Something good happens and then you get a little filler. This was basically just a show full of the mediocre segments. All filler or set up, no punch. 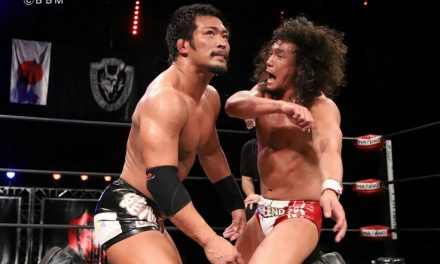 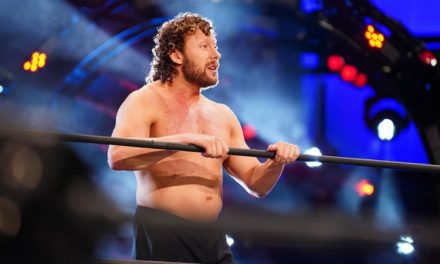