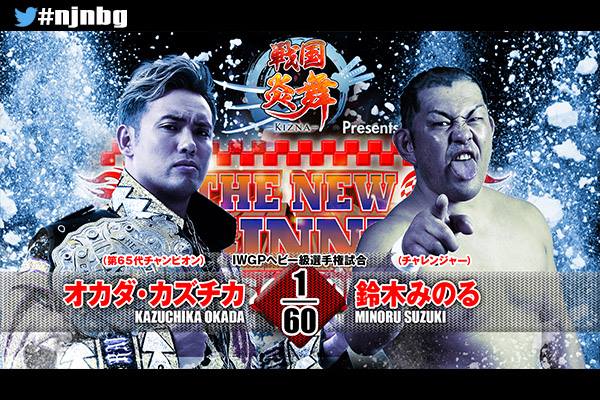 With Wrestle Kingdom in the rear view and the Fantastica Mania buffer behind us, New Japan Pro Wrestling kicks off the true start of their 2017 calendar with The New Beginning In Sapporo, the first of two major New Beginning cards.

For the first time since 2014, NJPW will run two major venues for the split New Beginning shows. Over the last couple of years, the pattern was to run a mid sized two to three thousand seat building (such as Sendai Sun Plaza or Aore Nagaoka in Niigata) with a modest main event for the first New Beginning show, then stack the second card with the stronger lineup to fill the larger EDION Arena in Osaka. This year, the Hokkaido Prefectural Sports Center in Sapporo, a building of comparable size to the EDION Arena, hosts the first offering, and will be headlined by an IWGP Heavyweight title match, with the Osaka card on February 11 headlined by Tetsuya Naito vs Michael Elgin for the IWGP Intercontinental title.

The Osaka card sold out weeks ago. NJPW intelligently headlined that show with Naito, who is the king of Osaka, and loaded things up with a stacked undercard.

Kazuchika Okada headlined the last show in Sapporo (Night One of the G1 last in July) and drew 5,533 against Naomichi Marufuji. That show also had Hiroshi Tanahashi vs SANADA on the undercard, so it’ll be interesting to see how Okada vs Minoru Suzuki does this time around with very little support underneath. What New Japan has done here is strategic, headlining each of the two shows with wrestlers who have been proven draws in these respective cities in the past, ignoring the usual pattern of headlining the second of the two shows with the IWGP Heavyweight title match by default.

Curiously, with Suzuki-gun returning to NJPW, the company has repeated the same angle that ultimately drove Pro Wrestling NOAH to new lows. The parallels are uncanny. Like the 2015 NOAH angle, SZG “invaded” a Korakuen Hall show in January, with the next big show headlined by a Minoru Suzuki title challenge with other SZG title challenges underneath. Most don’t remember because the angle ran for two years and sunk NOAH business to even lower depths than what they started with, but it did start off hot, with fan riots in buildings and that initial Great Voyage show headlined by Suzuki’s challenge of Marufuji drawing a reported 6,300 fans. The problem, was NOAH dragged out and repeated a six month storyline over the course of two years. SZG vs NOAH was still drawing decent numbers at the end of 2015, and seemed to reach a satisfying conclusion creatively when Marufuji won the title back in December, but when Suzuki-gun seized control of the title again in early 2016 and fans realized it was rinse/repeat, they stopped buying tickets and the bottom fell out.

Don’t expect NJPW to build around SZG for the next two years. With the unexpected early return of SZG after Bushiroad was blindsided by the NOAH sale last fall, NJPW is overloaded with talent and appears they may be rotating heel units in and out each tour. Bullet Club, with red hot Kenny Omega, is nowhere to be found on New Beginning. That will surely change come New Japan Cup.

But what if Suzuki wins the title? There are plenty of insiders who think that he could. Am I one of them? Read on to find out.

KUSHIDA is in a holding pattern right now, waiting for the dust to settle in the Hiromu Takahashi/Dragon Lee feud. After his long awaited, definitive ace run with the junior title, I expect him back in the top mix sooner than later. To me, Desperado & Kanemaru would have been the more interesting SZG challengers for Roppongi Vice (and produced a better match), but perhaps that’s coming anyway, since they’ll pick up a high profile win here and could be the next challengers if RPG Vice retains. Winner: Desperado & Kanemaru

Oka replaces David Finlay, who has a torn labrum, a common shoulder injury seen often in baseball, and one that should keep him on the shelf for a good chunk of time, meaning Oka will once again be opposite his trainer and most frequent opponent, Nagata. TenKoji dropped a match to Killer Elite Squad in Korakuen to open the tour, but the veteran trio side should make quick work of this jobber team here in a completely inconsequential bout. Winner: The Dads

The focus here will be on Will Ospreay and Katsuyori Shibata as they prepare for their Revolution Pro British Heavyweight Title bout on 2/11 in Osaka. They had great chemistry together on opposite sides of a tag in Korakuen Hall, and the upcoming singles bout is my most anticipated match of the tour. Shibata’s side won in Korakuen, so look for Ospreay to score a fall here to set up the title tilt. Winner: Gedo, Jado, Ospreay

Iizuka attacked YOSHI-HASHI with the iron glove early on the tour to put some heat on this one. I’m not understanding the complaints about this match. I mean, I do understand, because Iizuka stinks, but Iizuka is a beatable opponent who isn’t protected at all, so I see this as a good opportunity for a YOSHI-HASHI singles win as his slow singles push continues. Non title, non tournament, non young lion singles matches are rare, and this one does serve (an albeit) small purpose. I’ll take a match like this over yet another of an endless string of six man tags anytime. Winner: YOSHI-HASHI

This ten man tag is loaded up with challengers who are facing champions on 2/11 in Osaka, so there are plenty of possible results. The most obvious would be Elgin scoring a fall on Naito or Dragon Lee pinning Hiromu, but I suppose Nakanishi could drop a fall to one of the six man challengers. They’ve kept Hiromu super strong and I don’t see Naito losing (especially if he is losing in Osaka, as they won’t want to beat him twice), so it looks like I’ve talked myself into either Nakanishi or Taguchi eating some mist and losing this one. Winner: LIJ

On one hand, I could see TAKA & Taichi winning this bout to plant seeds of SZG domination, but the timing just doesn’t feel right for RPG Vice to drop the titles after the emotional payoff to their long term story at Wrestle Kingdom. With that said, NJPW has cut similar tag title runs short before, most notably Hirooki Goto & Katsuyori Shibata, and the junior tag titles are the least stable and least protected titles in the company outside of the NEVER trios. RPG Vice is peaking right now and have the potential to put together a decent title run, so I’m going to pick them for the sake of good karma. Don’t completely rule out Beretta finally turning on Rocky, now that no one is expecting it. Winner: RPG Vice

Juice Robinson earns his first NJPW singles title shot here (he has challenged for the NEVER trios), in what could be the sleeper match of the night. Wrestle Kingdom exposed casual fans to what ardent NJPW viewers already knew; that Juice Robinson has developed into an excellent worker and that the former CJ Parker is one of the most improved wrestlers in the world. It took a lot of guts for Robinson to quit WWE and start from the bottom in the New Japan dojo. He recognized the NXT philosophy changes coming and figured his best shot to break through would be to make a name outside the company, and come back hot like the Sami Zayn and Kevin Owens types who were instantly leapfrogging him in the pecking order. It appears to be paying off. Aside from the obvious in ring improvements, he finds himself working third from the top here, and with New Japan expanding to the United States later this year, he seems like a logical English speaking name to be in the mix when the company rolls out their U.S. offshoot territory. Goto is going to retain, but what to look for here is how Robinson delivers in the biggest match of his career. Winner: Hirooki Goto

The winner here is irrelevant, as the same exact match with the same exact stakes will happen again six days later in Osaka. Look, the tag titles are a mess right now. The NOAH sale very likely caused massive ripple effects that brought us here, in both the likely unplanned for hasty return of SZG team KES, and in breaking up the Yano/Naomichi Marufuji team, which may have necessitated Ishii being moved into the spot. It’s hard to predict who will come away with the titles when the dust settles, and impossible to project who wins the first match since the result really doesn’t matter. For the sake of using and sort of logic, I’ll pick KES here to carry the theme of SZG winning a bunch of matches to plant seeds for Suzuki in the main event. Winner: KES

A lot of people think Suzuki could win, but I can’t see it. I’ve also heard the theory that Elgin will beat Naito, freeing up Naito to beat Okada in the spring, but to me that would too closely mirror 2016. Okada vs Omega II feels like the obvious money match that has to be done again in 2017, and Okada hitting road bumps vs Suzuki or Naito would only serve to cool it off.

I believe LIJ are slowly transitioning to faces, and I would save a substantial Naito title run for when that happens, as I think his heel dynamic of a complaining martyr who takes what he feels are justified shortcuts works better without the title, with “corporate champ” Okada being the impetus of his raging against the corporate machine. Like Shinsuke Nakamura before him, Naito draws money without the title anyway and doesn’t need the extra rub.

With all of that said, I could see Okada holding the title for the entire year, and if he loses, my choice would be Omega. If Suzuki does win, I suspect Okada wins in back rather quickly, but I just don’t see Okada/Suzuki being an Invasion Attack or Dominion main event. From an aesthetic standpoint, the match feels fresh and should deliver. Winner: Kazuchika Okada 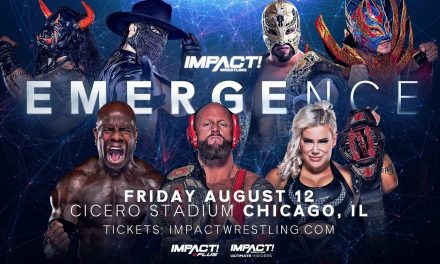 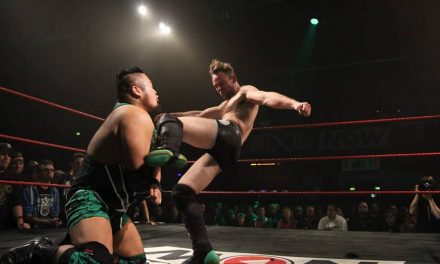 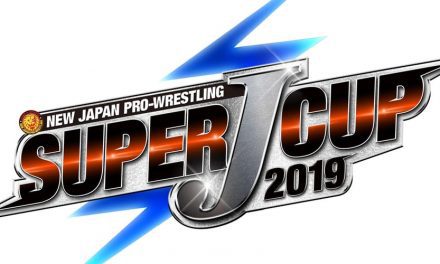 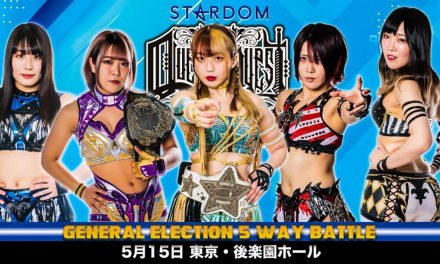