Posted by Brennan Patrick | Feb 2, 2017 | Columns, Over the Hill Not Over the Thrill

Over the Hill, Not Over the Thrill is a joint project between Andy Labar (@trillyrobinson) and Brennan Patrick (@bren_patrick).

This is it. The final five in our countdown of the 40 Best Japanese Wrestlers in Their 40s. If you haven’t already, please read Part 1 and Part 2. I mean, it’s Uncle Jun, come on. This is a no brainer. He was groomed as a hot young babyface by the “Four Pillars of Heaven” (Misawa, Kawada, Kobashi & Taue) in All Japan Pro Wrestling, winning tag team titles and unsuccessfully challenging for the Triple Crown on four separate occasions. In his prime, he became a top star in Pro Wrestling NOAH following his exodus in 2000, winning the GHC Heavyweight Title thrice. And as the grizzled bald-headed vet with the killer knees, he finally captured the Triple Crown and returned to settle his roots in AJPW. Now, at the helm of the promotion, Akiyama’s found his position as the resident grumpy legend, moving up and down the card based on the needs of the company, and putting over the next generation of All Japan one running knee at a time. Even at 47 years of age, Akiyama remains one of the greatest in-ring technicians and generals as he continues to pull out classic title matches from his almost fifteen year old bag of wrestling tricks. The future of AJPW is in good hands with Akiyama, and the AJPW future is lucky to have such a wellspring of knowledge to draw upon. -Brennan

It’s hard to believe that HARASHIMA, the consummate smiling ace of Dramatic Dream Team, is 42-years old but like the finest wine, the man only gets better with age. He’s a nine-time, nine-time, nine-time KO-D Openweight Champion, and as the current reigning title holder, HARASHIMA shows nearly zero signs of slowing down…at all. His versatility is one of his hallmarks, whether it’s opening the show in a heated contest against a spicy pork dumpling or closing it out with a big title match that reaches indie levels of epicness. I mean, overkill isn’t in his lexicon. He busts out reverse frankensteiners like their going out of style, bumping and selling like someone half his age to add a few more exclamation points to the in-ring narrative. When he takes on the role of a tag team partner, he works more intelligently, realizing he doesn’t have to sacrifice his own body 100% of the time because he’s got someone to fall back on. It took me awhile to appreciate HARASHIMA’s attention to detail but he’s no doubt an exemplary worker and he’s poured his blood, sweat, and tears into helping DDT achieve new levels of popularity and success, not only in Japan, but abroad. -Brennan

How do you write about one of the most written about wrestlers in the world? How do you say anything new about a guy who has had everything said about him? How do you tell people to go watch specific matches for a guy who puts out 4+ star classics in his sleep? You don’t, you acknowledge the consensus and you accept that Hiroshi Tanahashi is one of the best that has ever done it. Ever. Honestly, I never even get excited when Hiroshi Tanahashi is on the card – I treat him the way I do with a lot of legends – when greatness is normalized, I become dead to it in the lead-up and then I’m blown away time and again. As we transition into 2017, Tanahashi the “ace” is going away, Tanahashi the “ace of all time” is replacing him, an aging, past his prime wrestler who can still compete with the younger generation, is still the favorite to win his matches, but is unlikely to pull it out. When Tanahashi “passed the torch” (and please, stop arguing that he didn’t) to Kazuchika Okada, he not only put on perhaps my favorite match of all time, he finally stepped into a new role – a role that still requires stardom and breathes importance, but a role where it is no longer his job to carry this company on his name. No, his job is now to push other wrestlers to carry this promotion on theirs. I have no doubt in my mind that Tanahashi will not go away quietly, but we will likely no longer see 8-12 4+ star matches a year from him (though with the G1 Climax – who the hell knows), but we may start to see 3-5 great matches a year. It doesn’t matter, truly, because Hiroshi Tanahashi is Hiroshi Tanahashi and there isn’t really anyone to compare him to. You’ve seen the great matches (you should watch all of his Okada matches like every few months), you’ve seen his most recently great match at Wrestle Kingdom 11 with Tetsuya Naito, you can find just about any singles main event over the past decade with him and expect it to be great – so my recommendations below are for matches Tanahashi had in the past 2 years that people acknowledged as great, but have maybe flown under the radar. Tana may have the tendency to loaf for a few months at a time, kicking it in tags – but he knows how to grab a spotlight better than perhaps anyone in modern Japanese wrestling history. Go Ace. -Andy

From a match quality perspective, Shuji Ishikawa’s 2016 may have been one of the best single years in all of wrestling history. Whether he is tagging with Kohei Sato or Damnation, working deathmatches or the most brutal of strong style matches, every time Shuji is on the screen, you better sit up, grab the Doritos and get ready for something great. My co-writer for this project, Brennan, had 8 Big Dog matches in his top 50 matches of the year. I currently have 17 matches of his rated at 3 ¾ stars or better, and I’m only up through August in the two promotions he split his time with: DDT and BJW. The first thing that strikes you about Ishikawa, (if you’ve somehow never seen one of his matches) is his immense size compared to most of his peers in wrestling. Shuji is 6’5” and well over 300 pounds, which would make him bigger than most WWE guys – so when you get him in the ring with most Japanese wrestlers, he truly towers of them. No one can dominate opponents the way that Shuji Ishikawa can. He is NEVER the underdog, though he does lose quite a bit – but he is almost always in control. You can throw 5 elbows at him, but one of his will knock you out. You can take out his leg, hit him with a piledriver, put him through a table, but a few swift knee lifts will send you out of the ring. You can’t help but notice the scars on Shuji, either – participating in deathmatches when he feels like it (less so in 2016!), and excelling at those as well. It’s been said throughout this article with other wrestlers, but Ishikawa is someone who exudes a personality, and creates a sense of dread when he is around. He doesn’t do anything outwardly scary, he isn’t outwardly intense in his acting, but his ring work is so stiff, his size is so massive and his matches are so epic that he enters the ring as the one guy who seems truly unbeatable. Shuji Ishikawa is also a guy who should never go to New Japan, should never work with American or European super indies and should stay doing what he is doing, forever if he can. There is no one that seems to be in a better place than Shuji Ishikawa in 2017, the perfect big dog of BJW, the dominant force of DDT (even if he lost the title), the guy who will show up every now and then on some sleazy indie and perhaps even wrestle a 110-pound woman. Shuji Ishikawa is not my favorite wrestler in the world, but in 2016 – he might have been the best. -Andy

It’s not the size of the dog in the fight but the size of the fight in the…yeah, yeah, yeah, Tomohiro Ishii isn’t any average old pooch. He’s the Stone Pitbull and no matter how many times the 41-year old Ishii gets dumped on his cranium, he absorbs the damage, soaks up the pain, and converts it to fuel his strength and energy. His consistency in the ring is unequalled in New Japan, or anywhere else for that matter, his timing hardly ever off, and he brings the best out of any opponent by his willingness to take as much offense as he dishes out. His arsenal of tricks isn’t flashy but hard-hitting and effective. Whether it’s forcing Kazuchika Okada out of ace mode during the G1 Climax in my pick for 2016’s MOTY, or smashing the thresholds of human tolerance against Katsuyori Shibata in an NEVER Openweight title bout, an Ishii match-up feels methodically structured and well-paced, allowing both competitors to come out of it looking like a million Rainmaker bucks. After 10+ years with the company, Ishii finally received his first shot at the IWGP Heavyweight Title last year against Tetsuya Naito. While he came up short, Ishii proved that he can be positioned anywhere on the card and still bring 100% of his signature intensity and storytelling to any match. He’s one of the best in Japan, our #1 guy over 40, and if you book him to wrestle abroad, he’ll probably be the best guy there, too. -Brennan 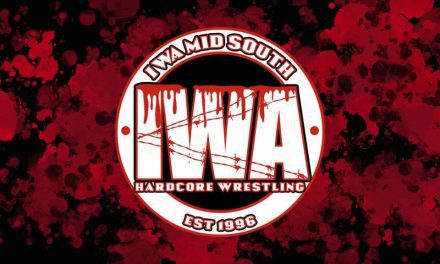 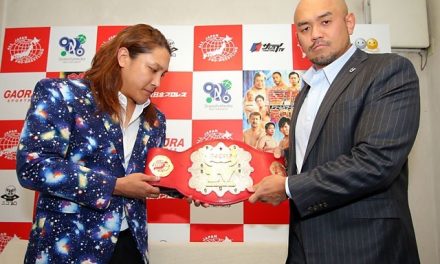 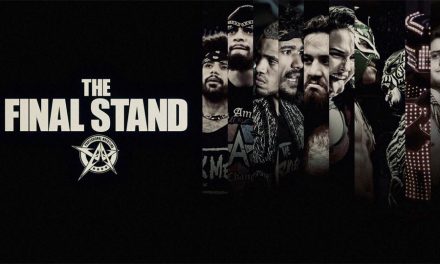