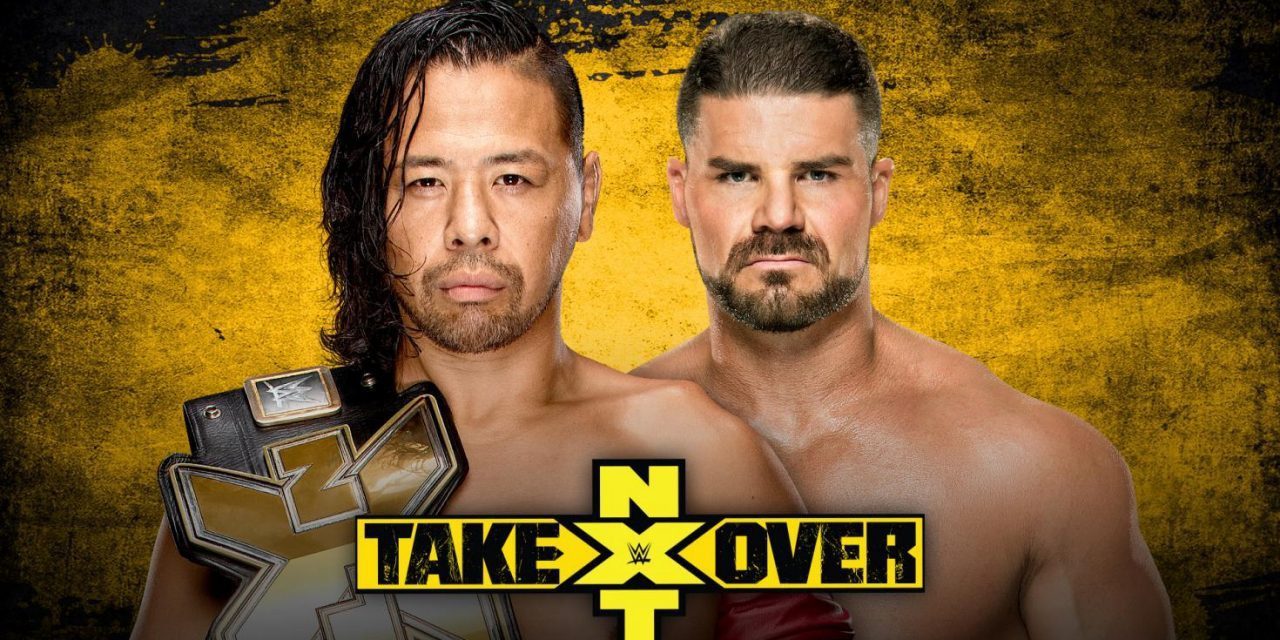 Jeff Hawkins: I’m going against popular wisdom on this one. I think they still see something in Almas, and Roddy is a great hand who can win or lose and put on great matches. I think now that Almas is in “Los Ingobernobles-lite” mode it’s time for another attempt at building it up, and it starts with a strong showing against a good opponent Prediction:Andrade Almas

Andy LaBar: At the end of 2015, one of my “breakout star” hopefuls was Andrade Almas. At the end of 2016, one of them is Roderick Strong. Outside of NXT, Almas and Strong are two of my favorite talents in the world and this is a match that I hope could be the start of something big time for both of them. I agree with Jeff, it seems that Almas is being set for a sizable heel push, as he should be – I expect a solid match between the two, Roddy looking strong but  Almas stealing the win in the end. Excited for this one. Prediction: Andrade Almas

Joe Gagne: If you told me a year ago I’d get to see La Sombra vs Roderick Strong, I’d be dancing in the streets. But Almas not exactly taking off and Roderick treading water for a bit has dampened my enthusiasm. Still, I liked their exchanges in the 4 way #1 contender’s match, and both men should be feeling it in front of a large crowd and a big spotlight. This one could have a high ceiling. And with Almas gaining some momentum, I’ll go with him. Prediction: Andrade Almas Jeff Hawkins: This is what Eric Young’s here for, to talk for Sanity and take their losses. Does Tye still have it? Is he number 10 in the Royal Rumble? Am I writing rhetorical questions to fill space? The answer to all of these is probably “yes.” Prediction: Tye Dillinger

Andy LaBar: I’ve actively rooted against Eric Young for as long as I’ve known of his existence. I don’t have a particular reason why, but his run in NXT hasn’t endeared him to me. I don’t care for Sanity, even if I don’t hate them. I don’t expect much from this match, even if both dudes are consistently adequate in the ring. On a whim – I think Killian Dame destroys Tye, setting up a big time comeback angle or a BYE BYE TYE, HAVE FUN ON WWE MAIN EVENT angle. Prediction: Tye Dillinger

Joe Gagne: I like both guys but don’t have high hopes for this match for some reason. I imagine they’ll be a lot of interference and EY picks up a win, so at least we get to hear Sanity’s cool theme twice. Tye goes on to #10 in the Rumble as a consolation prize. Prediction: Eric Young

Jeff Hawkins: Right now, Asuka and Nikki Cross as a one on one feud has me salivating after almost a year of a decimated NXT Women’s Division. I love the Australians, but their presence isn’t needed nor warranted. Billie Kay is taking the loss, it’s just a matter of to whom? I am of the opinion that we’re getting a transitional champion to help make Asuka more angry, and that it’s probably Peyton or Nikki getting the pinfall. In an odd twist, I’m going with Peyton and the Aussies play the “dual champion” gimmick so Asuka and Ember Moon can destroy them going into their match in Orlando. Perhaps even towards the end they realize they can help one another and screw both Nikki and Asuka. Prediction: Peyton Royce

Andy LaBar: I actually kind of love the idea that Jeff puts forward here with a “dual” champion gimmick, it’s a mega heat magnet – but can’t believe no-nonsense Regal would truly allow that. I’d love to see the title change hands in general, the division could use Asuka being fallible or some kind of “weakness” being exploited here that people can use in the future, but they haven’t put that idea forward yet in an actual match yet. It’s incredibly hard to vote against Asuka right now, and I don’t think Ember Moon is necessarily the one to take it from her either. I HOPE Nikki Cross takes it and replaces it with the old Hardcore Championship. I THINK Asuka will hold the title forever. Prediction: Asuka

Joe Gagne: I feel like I’m on a island in not caring for the Australians, but this is certainly their biggest opportunity and best set of opponents. The Nikki vs. Asuka interactions have been very compelling and I wish this was just one-on-one. This is a perfect opportunity for Asuka to lose her title without getting pinned, but I just don’t get the sense it’s going to happen here. Of course, I have no idea who’s ultimately going to win it from her, but for now I’ll go with the champ retaining. Prediction: Asuka

#DIY © vs. The Authors of Pain

Jeff Hawkins: Pity the NXT Tag Team Division. Much like the NXT Women, it got hollowed out by the brand extension and WrestleMania call ups, but once it started rebuilding it had an added whammy of the injury bug. The Revival were always there and the teased DIY breakup appeared to be nixed, but the two teams still needed to be separated for a bit, lest audiences tire of them, but to what? Tino Sabbatelli and Riddick Moss? Both Sanity and TM61 had injury issues at the worst time. That leaves the Authors of Pain, who had to fill a void before they were ready and the chasm got larger with the injuries. Add to that they’re big, which the Company likes, and they’re almost killing people, which nobody likes. My Shake Them Ropes co-host, Rob McCarron, is convinced the AOP are going over here and it’s enough to make me doubt myself. I think it’s too soon for that, and I’m going against my instincts, but I can see NXT powers thinking there’s something in the chase.  Prediction: Authors of Pain

Andy LaBar: It’s still hard to believe that Johnny Gargano and Tommaso Ciampa are champions in a WWE company right now. When they came around in 2015, most didn’t expect them to stick around, and unlikely to become champions, but their matches and the storytelling they have displayed in the ring this past year and a half has been among the top in the whole company. That said, the Authors of Pain are the team that seems unbeatable. They are rarely fazed in the ring and tower over the champions. I’m split here – I like big dudes in the wrestling ring who can throw people around (though I do get scared whenever AoP is in the ring), but NXT has taught us that tag champs usually stay such for awhile. I don’t know how you have Authors of Pain lose with the way they’ve been portrayed, nor do I know what you do with #DIY if they retain, but I’m going with my gut and hope that #DIY – two of the best babyfaces on the roster are gonna remain the team that beats the odds and comes out on top. #DIY are my favorite thing on the NXT roster, and I’m hoping they are a face team nerds like me and kids in the crowd can really get behind, underdogs that always pull off the victory. NXT would be smart to push these guys as stars. Prediction: #DIY

Joe Gagne: DIY (I refuse to put the hashtag there) are one of the best tag teams in wrestling. The Authors of Pain, um, aren’t. But I have a sense this will be a very good match, possibly through the sheer will of the champs. It would make all the sense in the world for the Authors to keep rolling and win the belts, and they could revisit Ciampa turning on Gargano as was teased last year. But the DIY title reign could be something really special and it’s too soon to end it. This may qualify more as wishful thinking than an actual prediction, but I’ll say the champs retain. Prediction: DIY Jeff Hawkins: After the entrances, then what? That’s the question a lot of people are asking. My “Shinsuke Nakamura as an Italian sportscar kept in a garage for show” was a terrible metaphor, so allow me one for Bobby Roode. Bobby Roode right now is that great singer who is technically proficient, has a nice range, and you listen and think “the notes are nice, but there’s not much emotion to what he’s singing.” It’s kind of the the opposite of singers who do too many riffs to show off range when being straight ahead would sometimes serve them. It’s the theme park show where they sing the hits in the blandest way possible. He’’s Don “No Soul” Simmons.  Roode is a good wrestler. He puts on good matches. He had a good look. He looks good in a suit. Can WWE Shinsuke Nakamura style get something more out of him? I think Strong Style New Japan Nakamura could. There’s a tough factor that’s never come out in Roode’s work for any length of time despite the menacing scowl. I’m intrigued to find out, I think the match will be good, perhaps even very good, but I don’t think the result will be Glorious. Prediction: Shinsuke Nakamura

Andy LaBar: I was rooting for Bobby Roode to come to WWE or NXT while still with TNA. His series with Lashley and others in the last couple of years was entertaining and sometimes great. He’s got a good look, is often great on the microphone and he wrestles. At this point, I don’t know if he wrestles well. I know he CAN wrestle well and perhaps even excellent, but the only thing I can remember from any of his televised matches so far was that awful pump handle finisher in his debut. While Nakamura has been “disappointing” to a lot of folks, his series with Samoa Joe was still good – I believe we just had this expectation that Nakamura would be putting on 4 ½ star matches every time he was on the show and he was wrestling Samoa Fucking Joe – a matchup that could have revolutionized the American wrestling fan. He hasn’t been the savior of NXT, he hasn’t been the man to usher in a whole horde of other amazing talent, he’s been good, he’s been Nakamura. Bobby Roode is something to talk about, someone to talk about. Bobby Roode winning the title here would potentially show a change in NXT, from the show that was the best on TV in 2014 and 2015 to another hour of WWE programming. I like Roode, I want Roode around, hell, I’ve brainstormed a hundred different “4 Horsemen” stables with Roode at the head, but Roode isn’t the next NXT Champion. Kassius Ohno is. Prediction: Shinsuke Nakamura

Joe Gagne: Roode is tremendous, and then the bell rings. OK, that’s a bit harsh, but he just isn’t very compelling bell-to-bell. Nakamura certainly can be, but he wasn’t during the Samoa Joe feud. Both men are pros and with a proper layout they could have a very good match. But there’s a real (and scary) chance this could bomb badly, like no other Takeover main event before. As for the winner, I get the sense Nakamura is finally coming up to the main roster, but even if he isn’t, there will be a change up top. Prediction: Bobby Roode 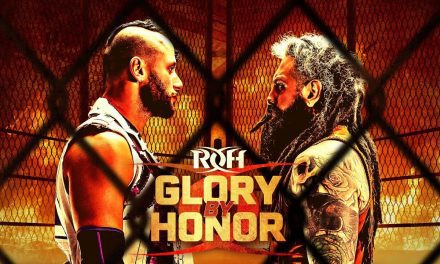 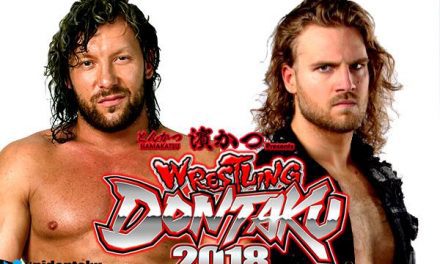