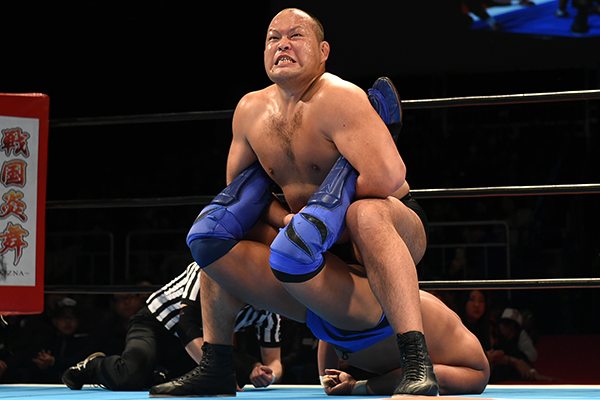 We’re less than a day away from Wrestle Kingdom 11 and it’s time to whet our appetite with three matches from New Japan’s Wrestling Festival. If Wrestle Kingdom is New Japan’s WrestleMania, Wrestling Festival is their AXESS. Normally these matches aren’t newsworthy, but this year we get to see the much anticipated debut of Tomoyuki Oka. The matches begin right around the 6:06:00 mark.

Outside of the Lion’s Gate exhibition grappling matches he had, we really haven’t seen anything of this young lion. Both Nagata and Kidani are really high on him, so let’s see what all the fuss is about. At first glance, I’m struck by how old Oka looks. This is his first match and he already looks like he’ll fit right in with the New Japan Dads. He definitely has the Arn Anderson thing going where he looks forty now, but he’ll stay that way for the rest of his life.

Initially, Oka seemed unsure of himself in the ring and relied heavily on his ground game. As the contest wore on, you could see the baby horse gain its footing. Oka looked like he’ll eventually be a force to be reckoned with. While he lacked the explosiveness of a Tanaka or Komatsu, Oka seems like he’ll be able to stand and trade shots with the hardest hitters of New Japan. Nagata gave Oka every opportunity to look great in this match, selling for his offense and letting the big boy toss him around. Nagata eventually picked up with win by making Oka tap to a crossface. As far as first matches go, there’s been better, but there’s also been much worse. I don’t know if I’m as sold on Oka as Kidani and Nagata are, but I’m excited to see how he grows over the next several years. **¾

As I write this review, it’s currently 9 AM. I think I’m having a Monster Morning?

Nakanishi seemed extra grumpy in this match. Maybe it was because he wanted to be the one to wrestle his and Ishii’s son in the previous match. As far as matches go this was very basic. Nakanishi dominated the early goings. Hanare fired up and made a comeback. Then Nakanishi beat him back down and won. Nothing really to see here. Honestly, this is more of the match that I expected out of Oka. Not a strong showing for either man, especially following Nakanishi’s great singles match with Nagata a few weeks ago. **

What is with everybody being grumpy today? Tiger Mask is always a grumpy old bastard, but today Liger joined him in the angry club. It’s not every day that you see Liger take a chair out of the crowd to hit the young lion with. Speaking of Kawato, he’s starting to look a bit like a Chia Pet with how he’s letting his hair grow out. I feel like a hair cut is in order.

The match itself was fine. There was good action throughout, but by no means was this a must see match. Tiger Mask picked up the win with a bridging Tiger Suplex. Kawato looked a little worse for wear after taking the suplex, having to be helped out of the ring. Hopefully he was just selling and he didn’t get hurt before his first shot at being in the Rambo. Following the match, Taguchi made Liger and Tiger Mask dance with him. It went about as poorly as you would expect. ***

Outside of the Oka debut, this is a skippable set of matches. Expecting five star classics out of a show like this is absurd so we got about the quality that I assumed that we would. These are the New Japan equivalent of watching the Drifter wrestle Zack Ryder at AXCESS. Short shows like this really live and die on the quality of the lions. The current state of the young lions isn’t the greatest, but with the solid debut of Oka, it seems like things will be on the rise. As New Japan watchers, we’ve been spoiled by amazing young lions and now we’re dealing with a group that still needs to grow. Let’s see where we’re at a year from now. If this show is still of the same quality, I’ll get worried, but until then, just enjoy the growth period. 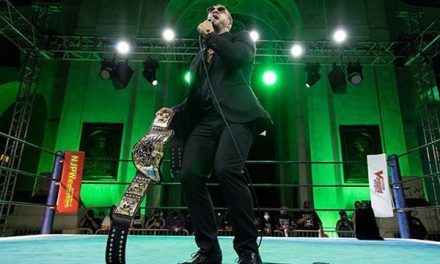 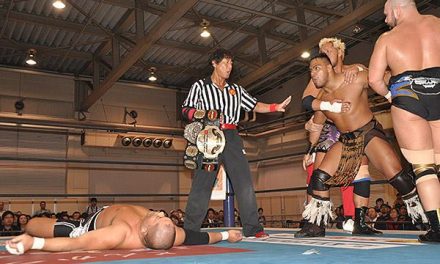