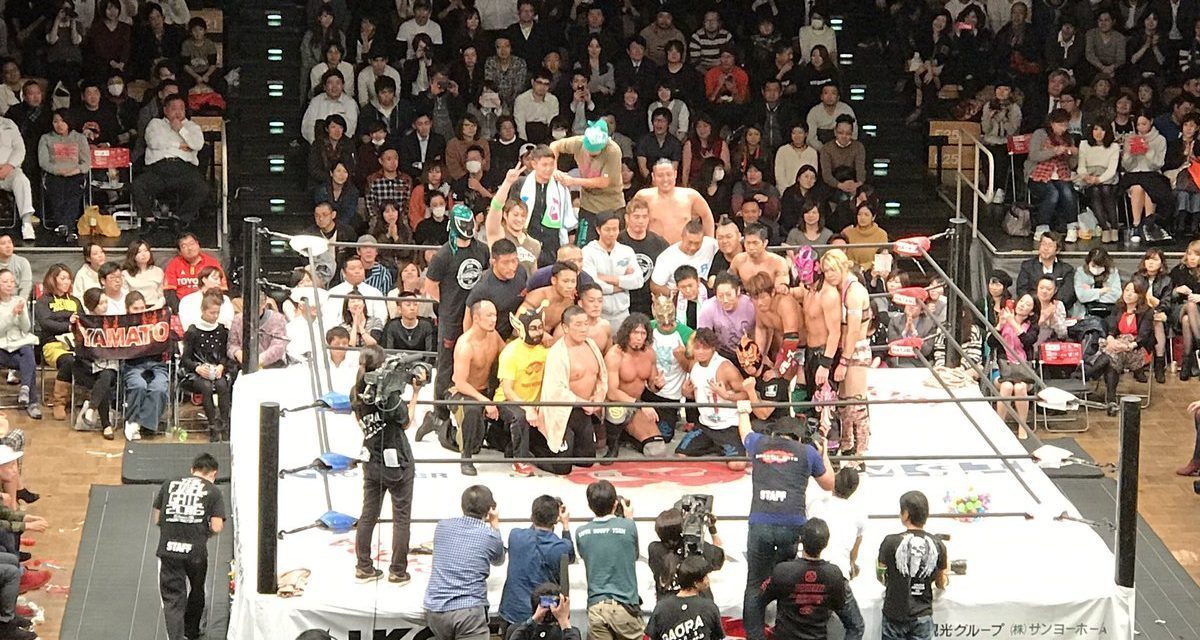 Tribe Vanguard finds themselves in another meaningless opener here. Their lack of progression is shocking. Kzy is jockeying for position at the bottom of the card, Hulk is protected, but floating around in a vortex of nothing-matches, Yosuke Santa Maria’s momentum has greatly cooled, and YAMATO is having a lackluster Dream Gate reign. Being forced to team with the unitless Shachihoko BOY and then losing to a side with Ichikawa makes me weary of the unit’s future.

This was every Dragon Gate opener, just with Ichikawa in it, and considering the fact that this went over 10 minutes means it was sloppier than most. I love Stalker, but he has a very quick expiration date, and to say he spoiled this match would be putting it kindly. Shachihoko BOY, while being the weakest member of the roster besides Ichikawa, is a very competent wrestler. Sending Stalker out there for that long hurts everyone. On the bright side, we saw lots of Mochizuki, who continues to be one of the best wrestlers on the planet, despite his lack of big match opportunities this year. Hopefully he continues to team with Shimizu. They have a natural chemistry. Shimizu pinned his former Monster Express unit mate, Shachihoko BOY, with a Shot-Put Slam. **3/4

Kotoka had two really good Korakuen appearances in a row. I put his performance in the Brand New Gate main event against any other single performance in wrestling this year; it was that good. This was a weak performance from both men. Kong, who is now donning a cape because of course he is, looked bored. For whatever reason, Kotoka decided his best plan of attack was to grapple with the big man. Mercifully, this ended shortly after the 7 minute mark with a Cyber Bomb. **1/4

First Year vs. Second Year! I knew there was no way this wasn’t going to be good, but I didn’t expect it to be anything like it was. The real story here was Takehiro Yamamura going after prized pupil Ben-K, as Yamamura received harsh words from Masaaki Mochizuki on 12/18 in Aichi.

“It has been a year since he debuted, and he has been afforded a lot of privileges as a member of Over Generation. He is yet to see real punishment, and is yet to see what hell is like. They will be doing this match again at Final Gate. Yamamura will see hell and punishment there. If he has another showing like today, he may as well retire.”

There’s was an edge on display here from Yamamura that he’s never shown before. He had a purpose. He was driven. I’ve in a lot of my reviews lately that Ishida has lapped him in terms of progression, but tonight was the first step in the right direction for Yamamura. The problem is that he was pinned by Ben-K, who was more explosive, more charismatic, and simply more entertaining. His gutwrench powerbomb (The Ben-K Bomb) is devastating. Loved the aggression from all four guys here. Awesome stuff from the youngsters. ***1/2

Eita and Kagetora’s match for Final Gate has been built up beautifully. Since losing the Twin Gate straps in early November, Kagetora has been on a tear. He’s as quick as ever, and that’s created a unique challenge for Eita and his llave style. That being said, Eita has big match experience. Tozawa at World, Liger in the J Cup, and a plethora of other high-profile matches under his belt. Going into Fukuoka on Christmas Day, I truly feel like either man could win the gold.

I would plan on seeing a lot more Ryo Saito in 2017. It looks like he’s gotten into better shape and thanks to the spirit of Genki Horiguchi, picked up the fall here against Yoshino with the Backslide from Heaven. These four have tremendous chemistry. I really liked seeing Yoshino bounce of Saito. As noted, the finish was a beautiful tribute to the injured Genki Horiguchi. Perfectly timed. Be sure to give this a look. ***3/4

“Genki Horiguchi H.A.Gee.Mee!! suffered an injury in Nagoya on Sunday that will prevent him from competing at Final Gate, so the Triangle Gate title belts have been vacated. Jimmy Susumu will compete twice on the show, and take his spot on the Jimmyz team in the three way. The match will now decide the 57th champion team.”

There have been better matches. This clocked in at just under 20 minutes, but sadly it felt more like an hour and a half. This was just lifeless. The older side was off their game. Even CIMA was making mistakes, which rarely happens. Takagi remains a brute, and someone that I will always look forward to watching, but this was not his best work. He put Gamma away with the Night Ride. Skippable, forgettable match. **3/4

This was purely something extraordinary, and one of those unique matches that not only will you only find in Dragon Gate, but I wholeheartedly believe that Dragon Gate is the only company that can pull off a match like this. For what this lacked in star power, it made up for in pure excitement. From the rookies, Yoshioka and Watanabe, to seasoned vets like Don Fujii and “Mr. Doi Darts” Jimmy Kanda, everyone brought their A game.

The finish of this match is peculiar, and really quite unexpected. I figured Doi would blast YAMATO’s head off with a Bakatare Sliding Kick, or maybe we’d see YAMATO finish off Yoshioka with a Galleria to build to the Doi vs. YAMATO Final Gate encounter, but instead it was Jimmy Susumu who laid out YAMATO with the Jumbo no Kachi and pinned him for the three count. Suddenly, as Susumu heads into the 18th full year of his career, he’s developing an impressive amount of wins and becoming an unstoppable force. Whoever wins at Final Gate, whether it be YAMATO or Naruki Doi, better watch their back for the the greatest Jimmy of all, Jimmy Susumu. ****1/4

“Doi was flabbergasted at the result of the main event. What the hell was YAMATO doing? How could he lose here? They had a title match on Sunday, and he was losing to…Susumu? He also raged at Susumu for winning. If anyone was going to pin YAMATO today it was him. Susumu was a nuisance! Whatever. Sunday would be 1 on 1. No one can get in his way. He will win and become Dragon Gates’ leading man. YAMATO said that yes indeed, it would be 1 on 1. If there was no one there to break it up, Doi would have been pinned today by the Frankensteiner of the Almighty. Expect the same result in Fukuoka. As for Susumu, he would get pay back after Doi is out of the way. Susumu said they were being petty. Yeah, the Dream Gate was important, but it wasn’t the only thing. Everything that happens is important. He was still rattled from the match, so he cut his speech short, only warning them that they will soon see what the Jimmyz stand for.”

Very fun, very quick show. If you skip around and watch the youngsters go at it, the fourth match, and the main event, you’ll have prepped for Final Gate. Not everything on this show was a homerun, but this was a painless and rather enjoyable way for Dragon Gate to say goodbye to Korakuen Hall in 2016. Thumbs up show. 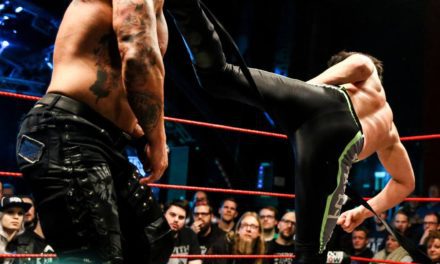 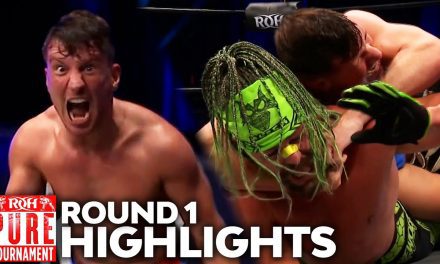 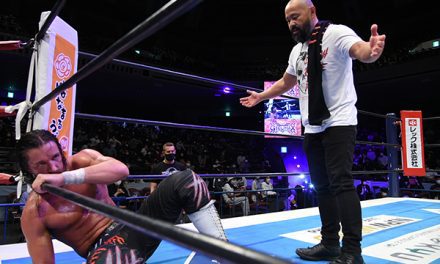