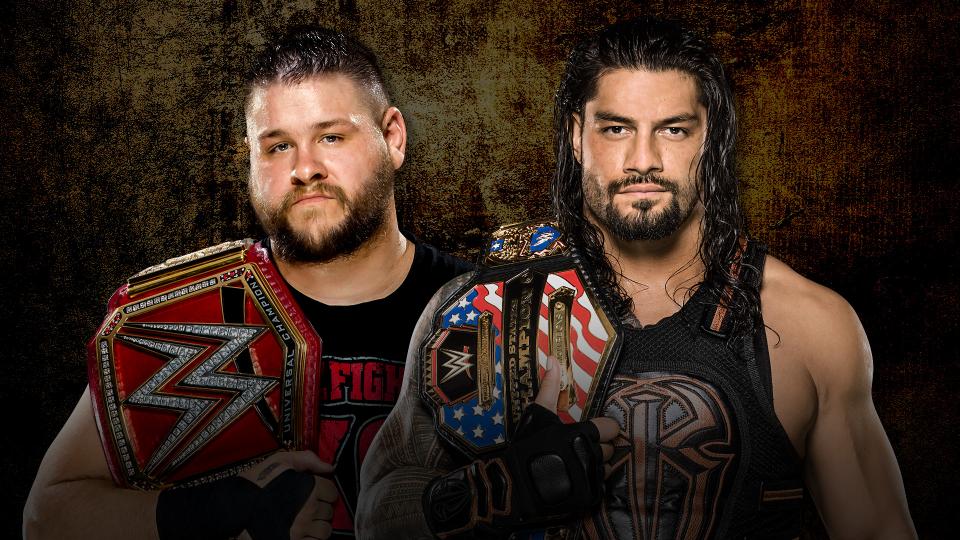 WWE Roadblock: End of the Line In a just world, our hero would have gotten their comeuppance. Ideally, Rusev would have killed Enzo and made Cass eat him. Sadly, that’s not what we got. Instead, Rusev won via countout after tricking Cass to chase him to the outside. Not only was this completely out of character for Rusev, but it didn’t make either man look good coming out of this match. This was a dumb feud with an even worse match. * We’ve got new tag team champions! I’m sure the match was good, but the award winning WWE Network was not working for me when the match was going on. Luckily, VOW’s King of Banter, Joe Lanza, didn’t have the problems I had and was able to provide a review. Thanks, Joe!

“Lanza run in! So this was pretty great. Cesaro in particular was awesome, flying around like a (non WWE) cruiser and doing wacky shit like corkscrew pescados in what may have been his best overall performance of the year. Everyone else delivered too, with Sheamus bringing the brute force, Big E being big, and Kofi bumping like a mad man. This was worked at a frenetic, non stop pace, which is exactly what you want out of a big show opener, and had one of the more creative finishes you’ll ever see. Sheamus dove for the corner for a tag, but Cesaro yanked his hand away at the last possible moment to deke Kofi. Kofi bought it, and immediately attacked the charging Cesaro, leaving himself open to the still legal Sheamus, who scored the pin and ended the long and lackluster (in ring) New Day reign. Fantastic match! ****” Was this boring until the last couple of minutes? It felt boring to me. Judging from the amount of “DELETE” chants I heard, I’m going to guess that I wasn’t the only one that zoned out. I really wanted to like this, but I don’t feel like Strowman is ready to go gen minutes, even with a great wrestler like Zayn to help him. Giving credit where credit is due though, Strowman was great in his interactions with Foley, who looked extra homeless when he hobbled to the ring with his white towel. If this match was just the final three minutes, I would be raving about it, but the lackluster first seventy percent of the match really brought it down for me. While he still needs some work, this was easily Strowman’s best performance and I’m really looking forward to a singles match between these two men when they aren’t shackled to this stipulation.  **¾ Is there anyone that’s a better foil to fiery babyface Seth Rollins than wily veteran Chris Jericho? This was my favorite Rollins match since he made the turn to the side of the angels. There were some really hot segments of action here, including an awesome closing stretch. The match had a slight bit of interference from Kevin Owens, who was only looking to rekindle his friendship with Jericho. It looks like the damage has been done and nothing will bring them back together. Even in loss, Jericho proved that he doesn’t need any friends. He looked incredible here. While he may be a bit slower these days, you couldn’t tell that at all today. Jericho’s tights say that he’s the greatest of all time and tonight that just might be true. **** This was an interesting triple threat in that there were a lot of moments that felt messy, but things recovered so quickly that it may have all been planned. I want to say that this was the best Cruiserweight title defense yet, but that honestly isn’t saying much. The post-match angle was hotter than the sun compared to the actual match. It says quite a bit about the state of the Cruiserweight division when the fans cheer for Neville and thank him for destroying the babyface wrestlers during his heel turn. Maybe with Neville in the mix now we can have a title match without Kendrick involved? Speaking of Kendrick, I typed out these puns while I was trying to get my Network back up and running:


I hope you enjoyed that. Here’s an ending to this review that’s as abrupt as the ending to the match. *** If you want to watch a match with bad pacing, watch an Iron Man match. The opening minutes are always a mix of quick pin attempts and awkward grappling. The clock becomes too big of a concern and the worry about filling time takes over. While the match usually picks up, there’s always the boring opening. While this doesn’t need to be a problem, Sasha and Charlotte fell into the same trap. At the end of the day, you have to ask if the trade off is worth it? Is the stroll in the first half of the match worth the sprint towards the finish? That’s a really hard question to answer because while the last several minutes were incredibly thrilling, there was a lot lost by the slow pace these two worked early on. Part of what makes these two so good together is the danger that comes from their matches. It feels like they could kill each other at any moment in their other matches, but when they played things so safely, the element of danger was lost. Once things got going, I enjoyed this quite a bit. That’s when it felt like a Sasha and Charlotte match. They felt vicious again once they could start scoring falls. This all culminated in the amazing final visual of the bloody Sasha Banks tapping out to Charlotte. I give them credit for giving this feud a clear winner. There is no looking at this match and saying that Sasha has a claim to another match. Charlotte won this war by making her bloody opponent submit to her finishing hold twice. It’s a shame that this didn’t start stronger because that kept it out of the match of the year conversation. ****1/4

It’s bad when I watch a match and I start thinking about how badly I want it to be done. It’s even worse when said match is the main event. Kevin Owens is one of my favorite wrestlers, but he wrestles like two different people. One is the Kevin Owens we all love. The other is a heel that purposely works slowly to get heat. That would be fine in a lot of cases, but Roman wasn’t really working to a level that would keep that from being boring. Once Owens got out of his heel champion rut, things picked up, but there was no suspense because we knew that the match couldn’t end until Jericho interfered. Then anger flooded my brain once I realized that this all led up to a goddamn disqualification, making everything a waste of time. The only saving grace is that Jericho and Owens made up, but even that couldn’t make me happy. This wasn’t the ending of a big show, this was the ending of an episode of Raw. There’s a reason I don’t watch Raw anymore. What a garbage ending. Roadblock continues the trend of shows that have solid enough matches on them, but are ultimately hurt by poor booking. ** 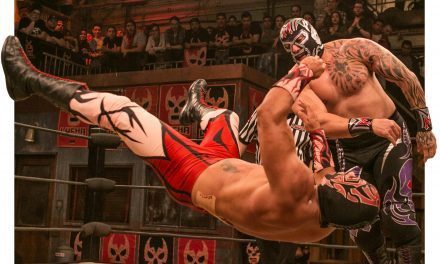