The Dome of Deletion is a warehouse on the Hardy property. There were fifty fans in attendance (well that’s what they said, it looked like even less). Impact opened with a Broken Fake News report, anchored by Gilbert Corsey of OVW and a couple times TNA announcer fame, covering an active volcano in Cameron, North Carolina. Itchweeed (a local gardening enthusiast) was very excited.

Jeremy Borash and Josh Mathews were on commentary. Matt opened the show accompanied by Jeff and Senor Benjamin (wearing a Ribera Steakhouse jacket). Matt ran down the evening’s attractions before Rockstar Spud interrupted him. Spud was very upset that Maxel was stealing his television time.


Maxel came to the ring in a sweet car. Maxel waved graciously to the crowd. Senor Benjamin tased Spud. Maxel pinned Spud. Glenn Gilbertti was pleased it wasn’t him this time. This was probably better than Goldberg vs. Brock Lesnar from Survivor Series. Maxel is going to have some very strange baby footage to look back on when he’s older. N/A


Sienna issued an open challenge. ODB, making her return for the first time in two years, emerged from her food truck and accepted the challenge. Vanguard 1 initially accepted the challenge but the referee ejected it on the grounds that it was a drone rather than a person, which was rather dronist really. The ref was bumped, Sienna grabbed a chair but it backfired and ODB had her beaten. Vanguard 1 flew in and made the count but the referee pulled Vanguard out. Sienna hit the Silencer for the win. Afterwards ODB shoved Vanguard 1 into her breasts. Vanguard 1 suffered a system overload. TNA has managed to turn a drone into a likable character – the Vanguard 1 silliness made this whole thing worthwhile. *


Itchweeed hit a back splash through a table. Replays were accompanied by a little Itchweeed sting. Itchweeed won with an elbow drop. This was…I dunno. *


It was weird in the middle of all this madness to get a straight up no-nonsense wrestling match. Well, for the most part. Things got nuts eventually. Lashley powerbombed Edwards into a bunch of people in the crowd. Lashley then Speared Edwards through a door which sort of ended the match. They cut to break and when they came back the match was ongoing throughout the Hardy compound – which was frankly disappointing because this was a really good match before they spilled out of the Dome of Deletion. Lashley and Eddie continued to fight throughout Apocalypto. ***3/4


The Rock ‘n’ Roll Express and The Hardys started by blasting fireworks at the other teams. Matt battled Lee and Everett in the back of a car. Decay squashed The Bruiserweights after breaking their necks. The Bravado Brothers arrived. Abyss and Steve then squashed The Ugly Ducklings and proceeded to quack at them. There were a couple of other teams eliminated by Decay who I couldn’t identify. Hornswoggle arrived as Spud’s partner.

Trevor Lee had Matt pinned but Skarsgård made the save (the inanimate boat moved of its own will). Shane Helms beat up Skarsgård so Matt threw him into the Lake of Reincarnation. Helms reemerged as his Three Count self sans Shannon Moore and Evan Karagias. He insulted Lee and Everett’s dancing so they superkicked him. Andrew Thomas made an appearance as a referee which gave me a nice little shot of TNA nostalgia.


Jeff Hardy and Ricky Morton battled atop dueling cranes while Gibson locked a spinning toehold on Matt below. That was an utterly delightful visual. Matt trapped Morton atop the crane. Morton was not pleased at the height. Jeff attempted to hit Gibson with a Swanton off the crane but missed, however Matt put Gibson away with a Twist of Fate. The Bravados were eliminated when Hornswoggle with them with a chair. ‘Swoggle got fed up with his own partner and dropped Spud with a powerbomb and a frog splash – allowing Everett to pin him.

Ricky Morton was trapped atop a crane only for Road Warrior Animal to show up and laugh at him. James Storm showed up with some faceless DCC goons. DCC were eliminated when the fellow who Decay stole a truck from in Delete or Decay popped up and ate the fall.

We were left with Decay, The Hardys and The Helms Dynasty fighting over a volcano. The volcano erupted and everybody took a big bump. The Hurricane showed up accompanied by Flash-like special effects. Hurricane avenged the superkick betrayal earlier by helping Matt eliminate Lee and Everett (while making a Triple H burial joke). Vanguard 1 unloaded on Abyss with fireworks causing a gigantic Hardy logo to be burned into the ground. Steve fell into the volcano which shot him into the air only for Matt to pin him when he landed. Proceedings ended with the reveal that Reby was pregnant.

This was basically the principle behind The Final Deletion and Delete Or Decay but turned up 1000%. That has both pros and cons. While at times it was oodles of fun, very silly, excellently produced, filled with callbacks, wacky as hell, and action packed – it also lacked the substance the other two installments had. They were important steps in interesting stories that revealed something about the characters – The Final Deletion in particular – this felt a tad more self indulgent. It was certainly packed full of memorable moments and watching Ricky Morton beg to be let down from a crane was pretty wonderful, but it fell just shy of it’s predecessors’ brilliance. ***1/2

Broken Matt Hardy and the insanity that surrounds him is best served in small doses. Committing a whole show to the act (even though they did drop a very enjoyable Eddie Edwards vs. Bobby Lashley match in the middle of it) was not a great idea, enjoyable as elements of it were. The Hardy Compound desperately needs a rest – this was the third battle there since July and there’s only so many times watching people shoot each other with fireworks feels novel. The Broken Matt character can continue on – these need to be given a leave of absence. 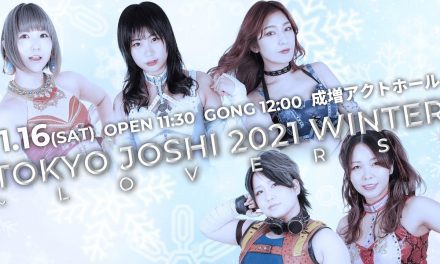 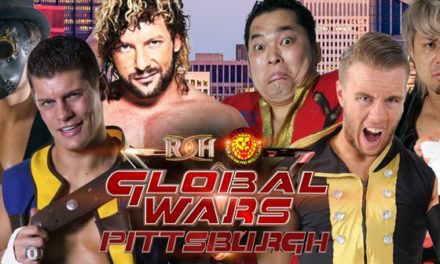 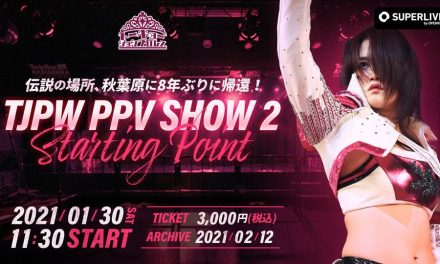