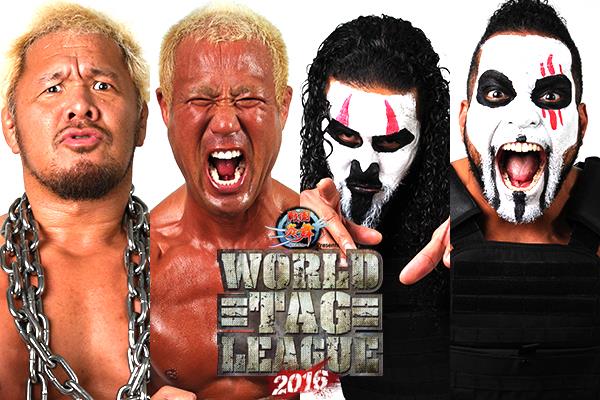 It’s finally over. After 16 long nights, the end is finally here. The 2016 World Tag League Finals are upon us.

Now, this tournament received undue grief each year but for the wrong reasons. The in-ring is largely okay with most matches ending up as solid. The issue is just the length of the tournament and for completists or websites like us, reviewing each and every night is an absolute grind.

Look at it this way, we all get tired of the G1 Climax in its final days and that’s the best tournament in wrestling with blow away matches on a nightly basis. For the World Tag League, you’re really just hoping and praying to get a ***1/2 match. Now, that’s a grind.

Of course, after seeing the previous two Guerrillas of Destiny vs. Great Bash Heel matches from April and May, you won’t find many clamouring to see these two go toe-to-toe again.

The scenario does exist in which Guerillas of Destiny win the tournament as champions and face another team at Wrestle Kingdom. While that would be a more desirable solution in-ring; stories and potential Wrestle Kingdom matches are becoming more clear by the day and the amount of teams ready for the title shot are slim.

Worse yet, only Kojima & Tenzan were able to knock off Guerillas of Destiny during the World Tag League so other than a TenKoji vs. GOD, it’s hard to dream up any other possible combinations.

What about Goto & Ishii?

A favorite going in, Hirooki Goto & Tomohiro Ishii, disappointed with only 8 points. Many thought with those two seemingly on the outside looking in at Wrestle Kingdom, that a Goto/Ishii vs. GOD match seemed too perfect a scenario.

With the booking of Goto and new partner YOSHI-HASHI vs. NEVER Openweight Champion Katsuyori Shibata & Juice Robinson on this show, the plans for one team member (Goto) of the team may be clear. Goto and Shibata barked at one another during the World Tag League and interactions between the two tomorrow will make the booking of Shibata vs. Goto for the NEVER title at Wrestle Kingdom quite clear.

A full listing of the card can be found below: 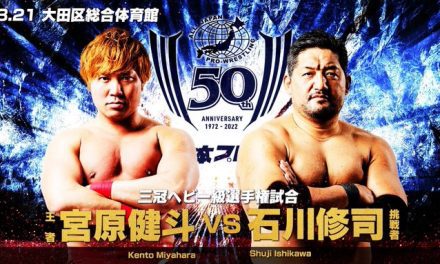