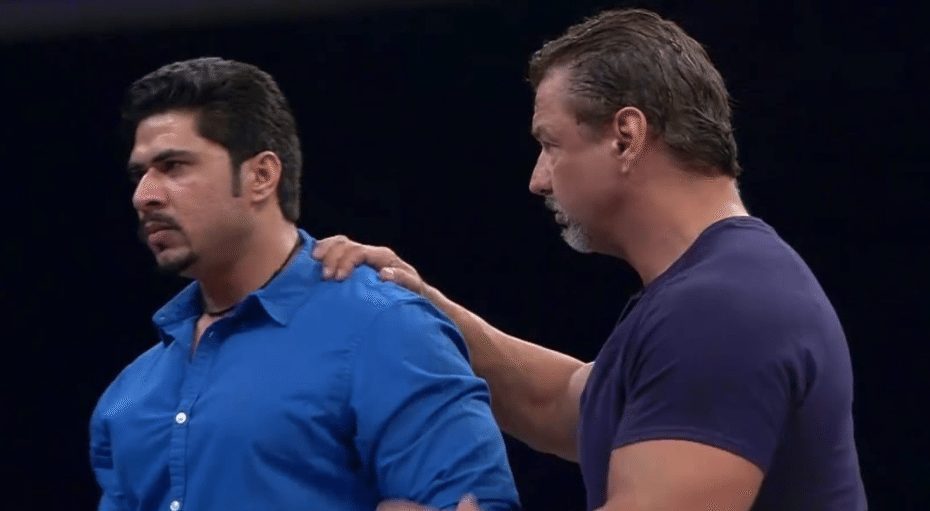 The new Impact Grand Champion Moose opened the show. The crowd chanted “You Deserve It!”, clearly enraptured by the status of the two month old Grand Championship. Moose talked about sports some and dedicated his win to the fans before Drew Galloway interrupted him, making his first appearance since Bound For Glory on October 2nd.  Galloway had to pull out of the Impact Grand Championship final vs. Aron Rex at Bound For Glory due to injury and now he has returned to claim what he feels is rightfully his. Drew also made sports references so Moose would understand him. Drew and Moose were about to fight but Aron Rex interrupted proceedings and opted to take his title rematch instead.


Rex won Round 1 after gaining the advantage with his gimmicked punch. Rex won Round 2 too. It took every fibre of my being to stay awake. Moose won quickly with the Gamechanger in Round 3. I like the basic idea here – Moose struggled in his first real Grand Championship format match but won with a big explosive move. Unfortunately Moose was wrestling Rex. *


Andrews was significantly broodier, throwing his skateboard down during his entrance. It was refreshing to see a 6’4” wrestler being fed to an X-Division wrestler for a change. That generally isn’t the way pro wrestling works. While O’Shea controlled a portion of the match Andrews came back and won clean with a Shooting Star Press. Of course Josh Mathews framed this as an upset because a smaller guy beat a bigger guy. I would question the wisdom of a match where Andrews is booked as an underdog a week after a heel turn though. This was Mark Andrews first ever victory in a singles match on Impact. *1/2


Wrestlers were bound at the wrists and the winner had to touch all six sides of the ring. This type of match is 50% more difficult in TNA than it is in WWE. This match basically tested the competitors ability to walk in a circle. Essential viewing really. *

After a fairly dire first hour, The Hardys arrived. Total Nonstop Deletion, a whole episode of Impact emanating from the Hardy Compound, will take place next week. The whole TNA roster will be there. Matt announced that that Maxel will be making his Impact Wrestling debut, to which Maxel heartily clapped (that kid is a damn star). Plus Apocalypto – an open challenge to any tag team in time and space – will take place. Shane Helms came out. Matt said that Three Count would be welcome to participate in Apocalypto (seriously if at least Helms and Shannon Moore don’t show up I will now be deeply disappointed). Helms clarified that he intended to bring Lee and Everett. Decay and DCC also accepted. Apocalypto will take place next Thursday.

Total Nonstop Deletion will be the litmus test for whether there is such thing as too much Broken Matt. Obviously overall interest in the character (from a TV ratings standpoint anyway) faded away after The Final Deletion but from a critical standpoint the character has still been tremendously amusing. A whole episode of Hardy antics may be a bridge too far. Or it may continue to be delightful. The teaser that closed this show (which was cut tremendously so credit to whoever did that) certainly looked fantastic.


Braxton Sutter has been training Allie, which payed off because she won with a Reverse DDT. Cherry Bomb was a smart choice to do this whole angle with, because she’s shown she’s more than talented enough to carry the emotional beats of this character and a good enough wrestler to organically develop from a novice to a great wrestler as the character progresses. Later in the show Allie gave Braxton the most innocent peck on the lips ever and it was adorable. **


The opening ten minutes of this match lacked any sense of urgency at all, not helped by a disengaged crowd but certainly little spark was coming from the two in the ring. It was wrestled at walking pace. Things finally picked up a little as Edwards injected some more energy. They then continued to build a pretty fun match before a pretty lame finish. Edwards tapped out as he had EC3 pinned resulting in a double finish. I preferred Edwards’ recent title defenses vs. Drake, Lashley and Rhodes to this – this match just seemed a little lethargic at times. As one of the final matches of a huge marathon taping it just didn’t feel important. The finish certainly didn’t help as Edwards and EC3 were on track to overcome their slow start. ***1/4

A dire first hour (honestly one of the least inspired hours of TV TNA has produced this year) was redeemed a little by a solid but not particularly notable second hour. Nonetheless, Total Nonstop Deletion is next week! 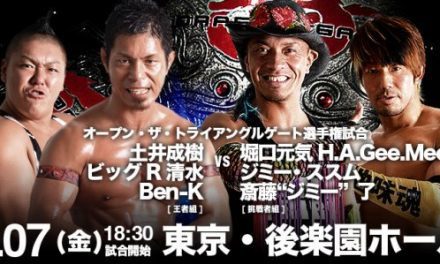 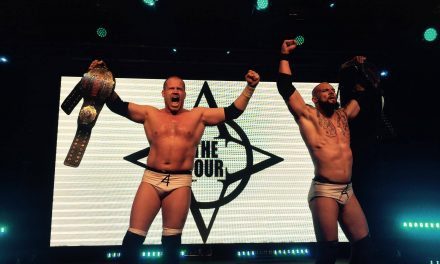