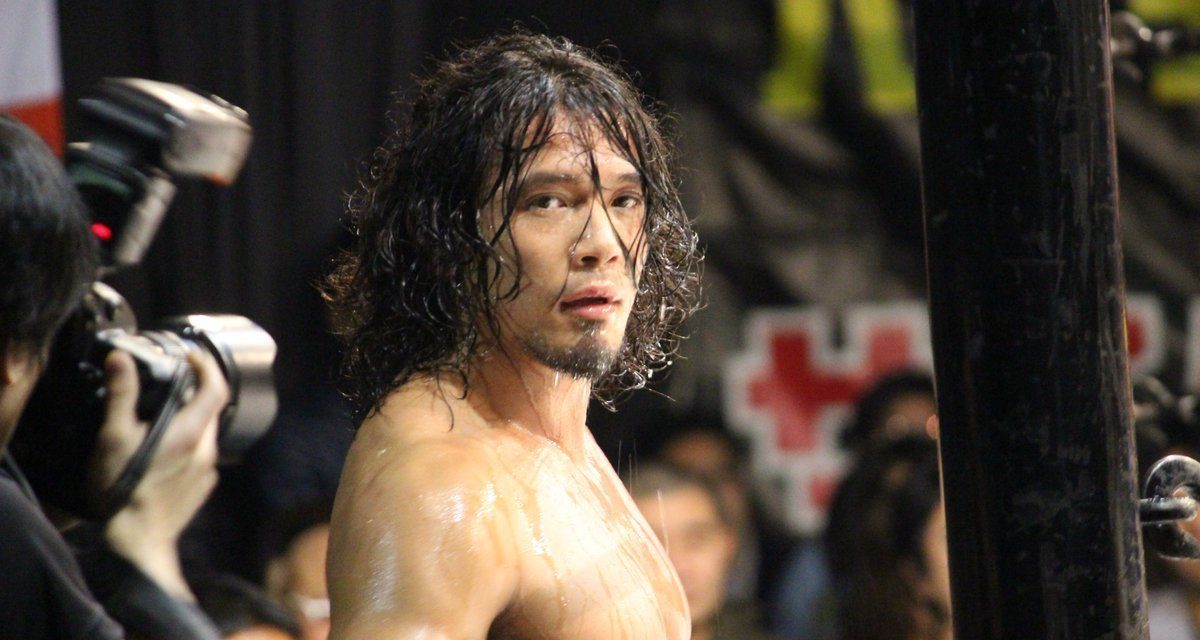 Much more star power in this opening match than the normal Korakuen opener. YAMATO, in case you forgot, is the Open the Dream Gate Champion and has been under almost five months now. In that time, he’s made one successful defense in an emotional, yet underwhelming match with Akira Tozawa. In this meaningless opening match with nothing at stake, the supposed face of the company couldn’t even pick up the pinfall. Tribe Vanguard, the unit he and BxB Hulk spearheaded, is dying a miserable death. All five members of the unit are immensely talented, but there’s nothing to them. I hope they are shaken up soon.

As for the match, it was above average, even for Dragon Gate standards. YAMATO, even in the midst of this lackluster reign, is still one of the best wrestlers on the planet and he and Susumu tear it up every chance they get. BxB Hulk, who has struggled greatly this year, even impressed me. This was one of the few times this year that he’s looked truly healthy. In the end, it was the lovely Maria taking the fall to Susumu’s Mugen. Hopefully this leads to a big match for Susumu, because I see no other reason why he should’ve grabbed this fall. ***1/4

You can’t win them all. Ishida and Yamamura are both very young in their career, especially factoring in the shockingly low amount of singles matches they’ve had, but this was not a good match. There was no chemistry here. It’s not that this was terrible, or offensively awful like the Shingo vs. Gamma disaster from last December, but this wasn’t a strong match. Ishida’s leg was worked over for a large portion of the match, and in the end, he knocked out his partner with a kick to the head. These two are capable of more. *3/4

Not much to say here. Kong squashed Kzy in a little under ten minutes. Kzy is still very good and Kong is still very…there. This was inoffensive, and clearly just a match to get both guys on the card. Big Cyber Bomb from Kong to pick up the win. **

There are a million different ways to look at this, but at the end of the day, this could end up being one of the most important matches in Dragon System history.

On one corner of the ring, you had the pillars of Dragon Gate. Bonafide legends within the context of the promotion. The opposing side, the Dragon Gate Class of 2016, could end up going down as one of the most talented classes in wrestling history, and this match only adds to that theory.

For starters, this was Katsumi Takashima’s debut match. HIS FIRST MATCH – a featured bout in Korakuen Hall. As CIMA said the month prior, there’s only one opportunity to debut in front of the Korakuen crowd. Takashima took that to heart and delivered a brilliant performance. He’s young, but he’s full of heart. The same holds true for the rest of the four.

Hyou Watanabe is reminiscent of CIMA in 1999. He’s not clean; nothing about his work is really that pretty. He badly botched a Tarantula in this match, but all of these mistakes, the slight sloppiness – it’s creating a unique charisma. Watanabe is not polished, and it might be 10 years before he finds comfort in his in-ring ability, but he will never not be fun to watch.

As for the old guys? Yeah, they were grumpy.

HOW DARE these little shits walk into Korakuen Hall and try to challenge them? CIMA, more than anyone, took it to these punks. That doesn’t mean that the rest didn’t get in on the fun. Don Fujii, the man that singlehandedly brings in the housewife demographic, wrenched these kids into oblivion. At one point, his Boston Crab was wrenched back so far that it backfired and he ended up in a pinning combination. How about that!

Then, last but not least, there was Ben-K. I don’t think he’s comparable to Matt Riddle just yet, as Riddle has had many more months under his belt. That being said, I’ve never been as excited about a rookie. He’s every bit as good as Jun Akiyama was in 1992 or Shingo Takagi in 2004. This kid, a 25 year old, stood toe-to-toe with Masaaki Mochizuki in the middle of Korakuen Hall. The GUTS, the HEART, the INTENSITY – Ben-K will be a superstar. He’s the next Shingo, and quite honestly, possible the next coming of CIMA. This is a special talent.

Ben-K was the star, but that couldn’t propel the youngsters past the old guard. Mochizuki knocked Hyou’s lights out before grabbing the pinfall. Must-watch. One of the most intriguing and unique matches I’ve ever seen. ****1/2

Kagetora & Saito are not a very common team, despite being unit mates in The Jimmyz for over four years. They’re a fun pairing and I wish they’d team more. Kagetora has been on a roll lately and is challenging Eita for the Brave Gate at Final Gate. That will also be super fun. Kagetora, ladies and gentlemen, is FUN.

That being said, Kagetora was actually a real big jerk in this match. He was relentless towards Eita, and if that is the fire we can expect from him at Final Gate, then boy oh boy are we going to have something special on our hands. All of that spiciness, however, was not enough to put Eita away. The Over Generation MVP fought back and submitted his future challenger with the Numero Uno. Don’t sleep on these two. There are going to tear it up in Fukuoka. ***1/2

Dragon Gate has a knack for delivering in Korakuen Hall every month in the main event. It’s become more of a fact than a trend – DG is going to close out their monthly Korakuen with an extremely emotional and an extremely enjoyable match. This was very good, but perhaps the weakest main event of the year when it comes to Dragon Gate in Korakuen.

Parts of this match felt dead. I can’t put the blame on a single person, although it’s clear that the VerserK trio is capable of much more. With that being said, I thought this was a very lackluster performance from T-Hawk. The match felt dead whenever he was in control.

The big bright spot here, and for the second month in a row, is Kotoka. He’s becoming an electric babyface that I can’t get enough of. I desperately want him to have a singles match with Lindaman in the future. It’s not that Kotoka is great, I don’t even think he’s having a revelation of sorts, but he’s making the most of his opportunity, and I really respect that. He kicked out of a BT Bomb, which was beautiful. A few months ago, I would’ve scoffed at the idea. Not now! Kotoka earned that moment. Good for him. Sadly, he ate a Night Ride moments later to put him and his trio out of their misery. Very good, but not great main event. ***3/4

Doi Darts proceeded. For those that are unaware of Doi Darts, I can’t put into words how great it is. I speak 0 words in Japanese, but I am still glued to my screen when Doi Darts takes place. It’s the best thing in wrestling, hands down.

It was time for Doi Darts. He called the roster out. This time the board was adorned with Christmas lights. The Doi Darts Christmas Illumination Edition would select a 10 man tag team match for the main event of the 12/20 Korakuen Hall show. In the end, the red corner selections were “brother” YASSHI, Jimmy Susumu, Jimmy K-ness J.K.S., Yosuke Santa Maria, & Yuki Yoshioka. The blue corner will be Hyou Watanabe, Monday Ryu, Don Fujii, Punch Tominaga, & Jimmy Kanda.

Doi admitted that this was….not a good main event. He forced himself & YAMATO into the match to add some star power.

The 10-man tag is essential viewing for anyone with an interest in wrestling. It’s not the best Dragon Gate match this year, but it’s something that everyone should watch. The rest of the card is a fun primer for Final Gate. Very good main event and a fun semi-main. Thumbs up for the 10-man tag, thumbs in the middle, leaning up for the show as a whole. 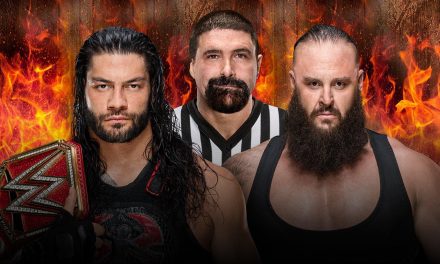