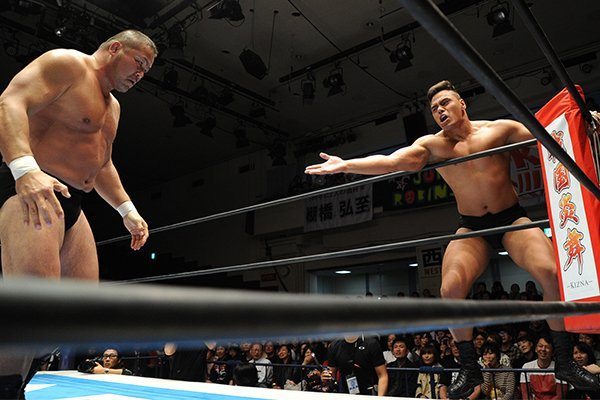 The scheduling of World Tag League 2016 tournament matches has changed slightly for the remainder of the tour. Instead of having four A Block matches or four B Block matches on one show, we’re only getting two. Essentially, they’re stretching out the matches among more shows.

The first of the two tournament matches saw TenKoji going up against a fellow New Japan Dad in Nakanishi and the young lion Henare. I thought this was a pretty basic tag team affair. The only real highlights saw Nakanishi hitting a rolling spear at one point (ala Moose), and Henare actually lifted Kojima up in a torture rack. TenKoji eventually won when Kojima pinned Henare following a lariat. There’s really not much else to say here. It wasn’t a bad match by any means, but it was incredibly basic. **

Brian Breaker & Leland Race are in the main event of a New Japan show in 2016. That’s a thing that actually happened. Speaking of Leland Race, there was a funny little line about him from Dave Meltzer in this week’s Wrestling Observer Newsletter regarding his connection (or lack thereof) to Harley Race:

“The story on Leland Race being Harley’s son is apparently a bullshit wrestling story.”

So I guess he’s not really Harley Race’s son, but honestly, does anyone really care? As for the match itself, I thought it was decent. While it was one of the better tournament matches that Brian Breaker & Leland Race have been in, going up against arguably the best team in the A Block so far, it still fell just below the *** threshold for me. Hiroshi Tanahashi & Juice Robinson continue to be an entertaining tag team, and it was nice to see Juice pick up the victory for his team once again. **¾

This was a really short review, but there’s honestly not much to say about this show. It was easily forgettable. The only things you need to know about this show were the results of the two A Block matches, and the teams that you would have expected to win their matches, did win. Nothing to see here. 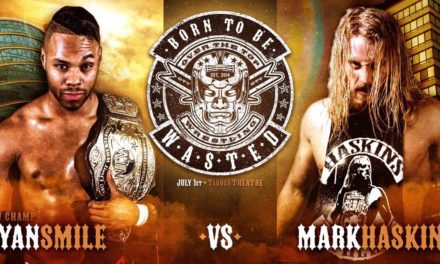 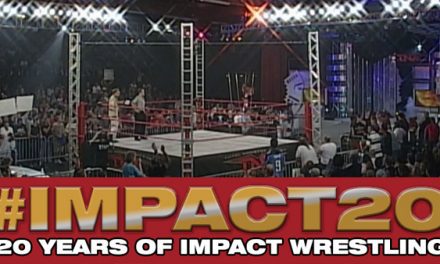