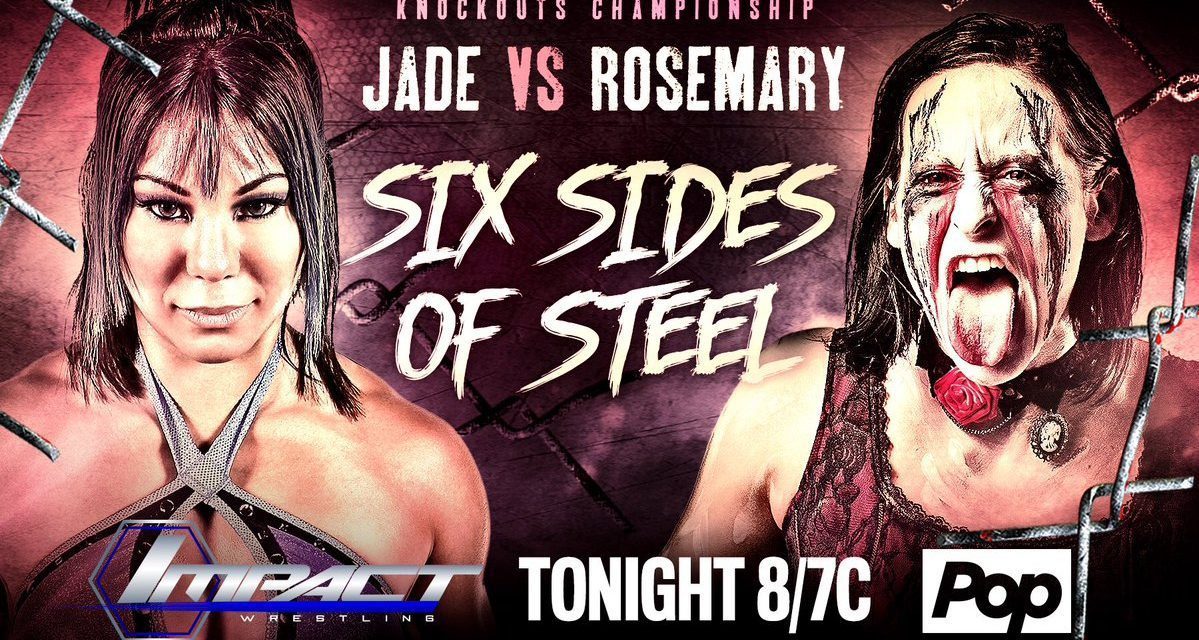 Aron Rex issued an open challenge and was very upset when Moose decided to answer it. He would rather have faced Grado. Rex tried to dodge Moose but got dropped with the Gamechanger to hand Moose the Impact Grand Championship. Rex was always a terrible fit for this division, his questionable motivational level aside, had Galloway never gotten injured in the lead up to Bound For Glory the division would likely have been much better off. Rex has at least shown a little more personality since his turn. I’m thankful this was quick and I wasn’t subjected to another cripplingly bland Rex title defense. *


Andrews and Sutter earned this title shot in last weeks team elimination match. DJZ spent the match selling his leg, which he injured on a big dive a couple weeks ago. Andrews had the match won with a Shooting Star but DJZ stole the win with a cradle. After the match Andrews attacked DJZ’s leg. While it is certainly very TNA to break up a team who have never lost a match, were the centerpiece of a new division and were only together for two months – I am happy to see Mark Andrews in a more featured role. He’s too talented to be wallowing in the background in this company and him vs. DJZ could be a good featured programme for the division. **1/2

Maria made her way to the ring, fuming over being pie faced last week. The crowd chanted pie face at her. Maria demanded Allie come to the ring. Laurel Van Ness continued to use Allie’s crush on Braxton to get under her skin. Maria called Allie a stupid bitch and after months of torment and abuse Allie finally slapped Maria in the face. The crowd went nuts for Allie finally standing up for herself – but Laurel left Allie laying. This angle has been an uncharacteristic display of patience on TNA’s part. They could have had Allie stand up to Maria after Maria stole the Knockouts title from her, they could have done it at Bound For Glory but they didn’t. They let it build and build as the audience rallied behind Allie to finally deliver this moment. And as a result Allie is one of the better characters on this show.


Earlier in the show Broken Matt returned to the Zone of Impact to help fend off the DCC. This was an enjoyable (longer than usual for a midcard) tag match – the Hardy’s are still a really fun team. Considering DCC pinned Jeff two weeks in a row it makes sense to give Jeff a win back. They need to start fleshing out who DCC are and why they’re here. They’ve made vague allusions to wanting to stand up for those who never had an opportunity but little else. Last we saw of Bram prior to DCC he was dragged away in the trunk of a car by Decay and of course Storm was suspended by Billy Corgan. Understanding their motivations is the next step. Matt and Jeff won after a pair of Twists of Fate on Kingston (who has dropped the Eddie in TNA). ***

EC3 made his way to the ring to discuss his World title match vs. Eddie Edwards next week with the man himself. EC3 kindly pointed out that a young fan’s sign was upside down. EC3 promised he wouldn’t fail to win the World title for a third time this year (after coming up short vs. Lashley and Matt Hardy). Eddie is a fighter and won’t back down. Simple stuff to set up next week but nonetheless effective.


This is the first time the Knockouts have main evented Impact by themselves since October last year when Gail Kim defeated Awesome Kong in the World Title Series. Gail Kim vacated the title and they haven’t actually been 100% why on TV, except for alluding to her potentially retiring. This match felt like a bigger deal than any Knockouts match in recent memory (they did promote it for the last two weeks). There was no climbing match competition – you could only win by pinfall or submission. Jade hit an absolutely beautiful crossbody off the top of the cage but Rosemary won after spitting mist in Jade’s face and following with the Red Wedding. For once TNA lived up to their rhetoric regarding giving the extremely talented women on their roster a platform to deliver and in little surprise Rosemary and Jade delivered the best Knockouts match of not only this year but maybe since 2013.

It’s great to see Rosemary get a big reward for how absolutely tremendous she’s been this year. She’s the lifeblood of the Decay act. Without her it would just another random Abyss vehicle but she brought the whole thing together, she brought it to life. She’s unique, she’s distinct, she’s a great promo and she’s something totally different to everything else on the Knockouts roster. And as proven here she can deliver in a big match setting. She’s earned this opportunity and I’m excited to see what she’ll do as champion. This should be the template for the treatment of the Knockouts going forward. ***1/2

While not to dismiss everything else on this show (everything before the main event ranged from decent to good on a really fun show overall) this was a one match show – make sure to check out Jade vs. Rosemary if you can. 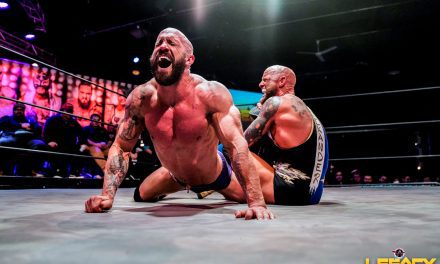