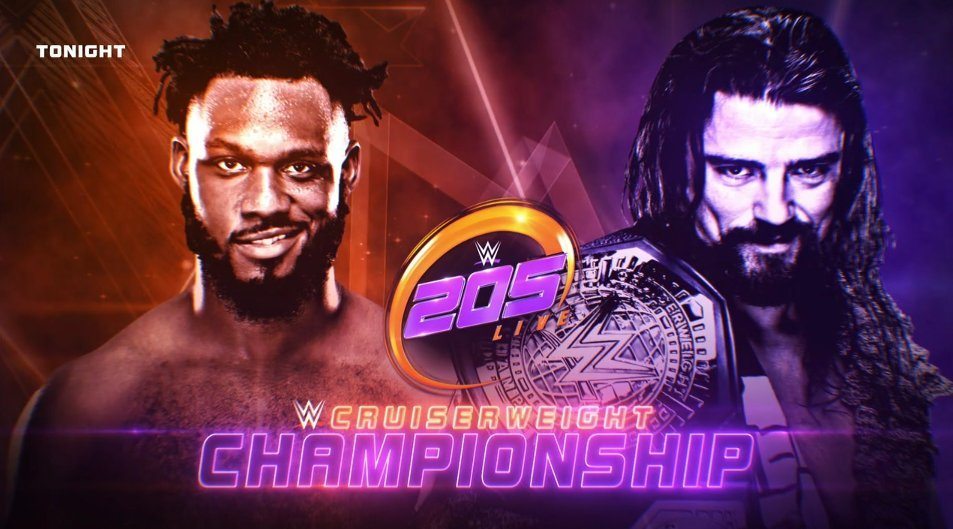 The Cruiserweight division in 2016 has been like one of those big drop rides you see in theme parks. They were lifted to the emotional, creative heights of the Cruiserweight Classic and then plummeted straight down to the doldrums of the emotional void that is every week on Monday Night RAW. In the CWC they were presented better than wrestlers their size had ever been on WWE television and then once Vince McMahon set his sights on the division they were presented just as they always were.

Now they exist in a strange place.

They have their own show again but unlike the CWC they no longer operate in a self-contained universe — they operate in the same universe as RAW. It will be interesting to see the degree to which the things that happen on this show affect RAW — whether the stories and character building that will hopefully become the hallmark of 205 Live, that made the CWC feel special, carries over to help the very talented Cruiserweight roster (who were displayed as a collective at the top of the show) gain a firmer foothold with the broader WWE audience.

Austin Aries was on commentary for the whole show, suggesting he may be a featured player in the division when healthy (which would be welcomed considering his past history of carrying divisions like this to loftier heights).

The Bollywood Boyz were an interesting choice to showcase at the start of the debut of a show like this. It makes sense from the standpoint that they haven’t yet been exposed to the WWE audience outside of the CWC and a couple NXT appearances but they’re not exactly the folks to set the standard for what to expect out of the style of wrestling this show is trying to spotlight.

They aired a little personality profile for them before hand to flesh them out a little. Gulak and Nese seem to have settled into the role of perennial fall guys in the division which is a shame considering how talented they are. The match was a perfectly enjoyable effort, but it was basically every WWE midcard tag team match ever — hardly displaying what differentiates this show from the rest of the WWE Universe. The Bollywood Boyz won with stereo superkicks. **1/2

They did a post-match promo with Gulak and Nese at ringside – which is a good idea to try and re-establish what wins and loses mean to the characters in real time. Expect when those promos were as awkward and insubstantial as this was. A lot of these guys aren’t exactly the most dynamic personalities in the first place — as plainly illustrated by the Lince Dorado (who spoke about his shooting star press finishing move with the enthusiasm of an accountant discussing tax law) and Noam Dar (who referred to himself as a cool cat with a painful lack of conviction) character profile’s peppered throughout the show.

Placing them in positions where spontaneity is required may not be for the best. Sincerity and authenticity is the way to go with most of these characters until they develop into more well rounded performers. Kendrick and Swann’s post-match comments later in the show were considerably more effective.


The way Jack Gallagher wrestles is unlike anybody else on this show, and he has a physical charisma that makes him pop — and this audience responded accordingly. And a show like this show should be the perfect place for him to develop rather than on RAW where somebody like him may be eaten alive. His entrance music absolutely has to go though. He’ll never be taken seriously with it. Gallagher won with a running dropkick in the corner. While once again Gallagher was a peculiar choice to present on the premiere of a show like this, this match was a big success.  **1/4

They aired a profile for Swann beforehand, and unlike the bland Dar and Dorado videos, it did a fantastic job of establishing who Swann is and what motivates him — it made him feel like a fully formed character.

Swann is not just the random dancing guy, it actually established why he’s always so happy and dancing — he’s driven to entertain people. If you watched that and don’t subsequently root for Swann then I don’t even know what to say. That Swann video coupled with the title change gave this 205 Live premiere a real moment to remember — and a moment built on substance, not shock.

Swann was a bundle of energy who single-handedly engaged the audience, which up until this point on the show were relatively tame. Swann was so dynamic and so enthusiastic that he whipped the crowd into a frenzy and made them believe in him. A performance like this should really be commended in modern WWE, when too often audiences are blamed for not being engaged by the performers rather than the opposite. Kendrick was the wrong choice to carry the Cruiserweight division, Swann is the right one. Swann won the title after a tremendous closing stretch with three roundhouse kicks. ***3/4

The was a somewhat unorthodox show, and certainly not what you’d have expected out of this show’s debut. In some ways it was admirable, the show focused primarily on trying to establish these guys as personalities and characters. The reason the RAW Cruiserweight division floundered is less because they haven’t had enough opportunities to wrestle (though the division has been remarkably lacking in flips — a wacky over the top five minute sprint wouldn’t be amiss here and there) but rather the audience lacking a reason to care about any of the wrestlers. But while seeking to address that problem, the first half of this show fell flat though. The matches were fine but nothing anybody will remember in a week, the pacing felt a little off and the character work was bland.

Little of that really matters though, because what this show will be remembered for is Rich Swann’s emotional Cruiserweight title win — the kind of moment this show should be trying to create on a routine basis and the kind of moment for somebody like Swann that it’s hard to believe would have landed nearly as effectively had it happened on RAW or a PPV. And that right there is the potential value of this show.

Rather than looking at 205 Live on a weekly basis going forward I’ll be dropping in roughly every month from here looking at the show and the broader division on a more macro level comparing the presentation of the Cruiserweights on RAW to that of their 205 Live presentation. So stay tuned for that in the coming months.