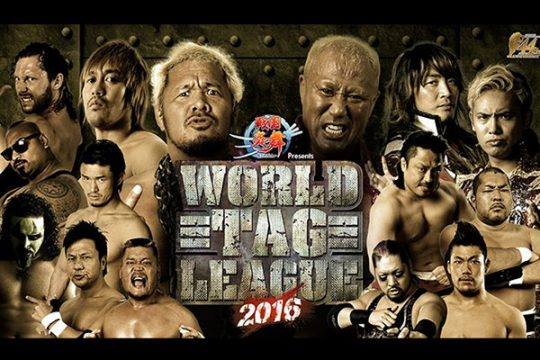 Part of the intrigue with Billy Gunn coming into this tournament revolved around how he would fair against some of the better teams in this B Block. This match is arguably the first real instance of that, as Billy Gunn is sharing the same ring with Shibata & Nagata, who are two of the toughest guys in all of New Japan. I thought this was a good match, but it certainly wasn’t the best match either team has had in the tournament thus far. The story of the match was that Yoshitatsu tried to play Shibata’s game, but Shibata responded by just toying around with him. Billy Gunn was fine here, having some decent exchanges with Nagata and injected some fun banter while Yoshitatsu was trying to fight Shibata. I’m actually a little disappointed that we didn’t see any real interaction between Billy Gunn & Shibata. They had a brief exchange for a few seconds, but that was really it. As you would expect, Shibata & Nagata eventually got the win after pinning Yoshitatsu. A perfectly acceptable match. ***

Both teams come into this match at the low end of the B Block standings, and are looking to move up with a victory. I thought this was an entertaining match. These two teams seemed to work well together, with Omega & Owens being particularly good in their role as heels here. Makabe & Honma have been pretty solid in this tournament. While they aren’t having the caliber of matches that some of the other teams in the block have been putting on, they’ve still been very good. This match wasn’t anything spectacular, but I enjoyed it from start to finish. GBH got the win here, moving up to 4 Points. ***1/4

When looking at the field of teams in the B Block, it’s pretty clear that this Bullet Club team of Bad Luck Fale & Bone Soldier is the worst of the bunch (by a significant margin, I’d argue). However, I feel like they’re capable of having a decently good match if they’re in there with the right team (such as the match they had with Goto & Ishii early on in the tournament). This match was going in the direction of being very solid, but then it was ruined a bit by a ref bump which led to Bone Soldier hitting a low blow on YOSHI-HASHI before choking him with his belt. For the most part, the match was fine, featuring some good exchanges between Okada & Bad Luck Fale, but again, that bit towards the end with Bone Soldier ruined the match a little bit for me. YOSHI-HASHI got the win for his team using his Butterfly Lock. I do like that he got a win with a move that he doesn’t normally win matches with (even though I think it’s a very strange hold). It establishes that submission hold for future matches, as we’ve now seen that it can be used to win a match. **1/2

The duo from LIJ came into this match trying to become the first team in the B Block to reach 8 Points. This didn’t come to pass, however, as Goto & Ishii got the victory, meaning that CHAOS went 2-0 on the night in tournament action. I thought this was a really good match, and easily the best tournament match on the show. There was some very solid action throughout, and the crowd was into it, especially in the second half. In a block filled with great teams, Goto & Ishii continue to be the standouts, in terms of having the best matches. They worked very well here with EVIL & SANADA, who have slowly become a strong team in their own right. I believe this match could easily be the title program following Wrestle Kingdom & New Beginning (should Goto & Ishii win, and subsequently retain, the IWGP Heavyweight Tag Team Titles against The Guerrillas of Destiny). Of course, things can change between now and then, but this might have been a glimpse into the IWGP Heavyweight Tag Team Title picture in 2017. On a much bigger show, I feel like these two teams have to the potential to put on an even better match than they did here. ***¾

This was probably one of the weaker shows we’ve gotten from the B Block thus far, but still, their weren’t any truly bad matches to speak of. Okada & YOSHI-HASHI vs. Bad Luck Fale & Bone Soldier was the worst match of the four, but even then, I would still say that the match was ok. Shibata & Nagata vs. Billy Gunn & Yoshitatsu and GBH vs. The Bullet Club were both good matches, but on this night, Goto & Ishii vs. EVIL & SANADA was the clear standout, and is really the only match on the show that’s worth checking out. 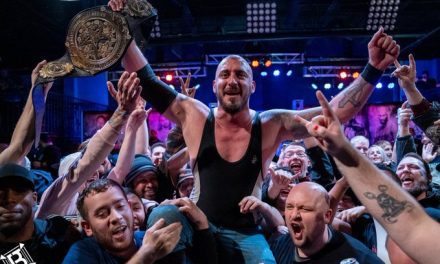