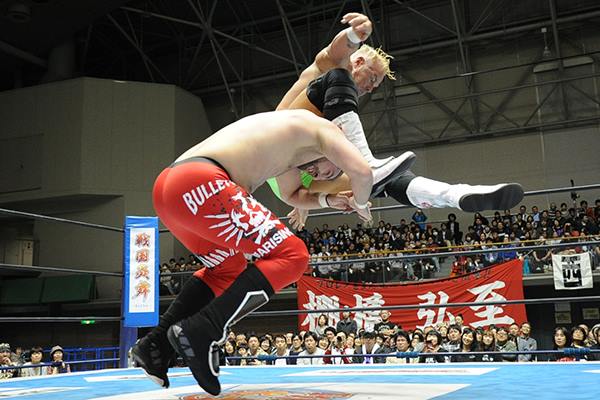 New Japan Pro Wrestling kicked off the first night of action in the B Block from Fujisawa. Coming into the tournament, the B Block was (by far) the more interesting block of the two, with a number of really solid teams, plus the curiosity of seeing Billy Gunn, of all people, in a New Japan ring. Let’s see which teams are able to get points on the board first!

I still can’t believe that Billy Gunn is actually wrestling in New Japan as part of a tag team with Yoshitatsu. It’s honestly surreal. Their first match of the tournament saw them going up against The Bullet Club duo of Kenny Omega & Chase Owens. This was a pretty standard tag team match. Omega was in full-on comedy mode here against Billy Gunn, which wasn’t that surprising. Yoshitatsu got a few moves in, but sent a good part of the match getting beaten up by Omega & Owens until he made the hot tag to Billy Gunn, who I thought looked solid here. The crowd seemed to be into him, and as a whole, he was perfectly fine. A miscommunication between Omega & Owens led to Billy Gunn pinning the latter after hitting the Fame-Asser for the win. **½

Bad Luck Fale & Bone Soldier just sounds like a horrible team on paper, but if any duo could get a good match out of them, it would be Goto & Ishii, who are the favorites to win the entire tournament. In the end, the duo from CHAOS did manage to pull a good match out of Bad Luck Fale & Bone Soldier, and secured the victory after Ishii hit a brainbuster on Bone Soldier. It wasn’t a spectacular match by any means, but I enjoyed it for what it was. The fact that the match clocked in at just under ten minutes probably helped it a good deal. In particular, I enjoyed the individual exchanges Fale had with both Goto and Ishii. Bone Soldier was….well….Bone Soldier, but everyone else around him did a good job. The early favorites to win the tournament gets points on the board early. ***

Out of the four tournament matches on Night 2, this was the one that I was probably looking forward to the most. All four guys are great, plus you have the added wrinkle of Shibata recently regaining the NEVER Openweight Title from EVIL on a recent show in Singapore. I thought this was the best tournament match on Night 2, and it might be the best match of the tournament thus far (just barely ahead of the main event of Night 2, in both cases). There was good action from start to finish, and all four guys got a chance to shine. It’s hard for a match involved these four guys to not be good. This was just a super entertaining match to watch, and I hope we get more of these kinds of matches in the B Block. SANADA would get the win for his team after getting Nagata to tap out the Skull End. ***1/2

After failing to win the IWGP Heavyweight Tag Team Titles at Power Struggle when he teamed with Tomohiro Ishii, YOSHI-HASHI is now back to teaming with his usual World Tag League partner Okada. Here, they took on Makabe & Honma, who really haven’t done much since losing the IWGP Heavyweight Tag Team Titles to The Guerrillas of Destiny back in April. This was another good tag team match on this show. I’d say it was right behind the LIJ vs. Shibata/Nagata match that preceded it, but it’s pretty close. The action throughout the match was, for the most part, solid, and the crowd seemed to be into it. Speaking of which, I think the crowd for this show deserves a lot of credit. I know the World Tag League has a lot of stigma among fans here in North America as the time to tune out of New Japan, but the fans in Fujisawa were pretty lively, in one form or another, for all of the tournament matches on this show. That was a good thing to see. Getting back to the match, the one major criticism I have is that it was way too long. I think it clocked in around seventeen to eighteen minutes, and honestly, they could have shaved five minutes off of it, and it would have been just as good. Eventually, GBH would get the win after Makabe hit the King Kong Knee Drop on YOSHI-HASHI. ***1/2

As I said earlier, it was obvious that the B Block had the better lineup of teams, compared to the A Block. We’re only two shows into the tournament, and B Block has already proven their superiority. While nothing on this show was spectacular, it was easily the better show, compared the opening matches of the A Block featured on Night 1. The top two matches were both really good, and are worth checking out if you have the time. Meanwhile, Hirooki Goto & Tomohiro Ishii managed to get a solid match out of Bad Luck Fale & Bone Soldier, while Billy Gunn had a fine outing in his first tournament match. As a whole, this was a solid start for the B Block, and hopefully it’s a sign of things to come for the rest of the tournament. 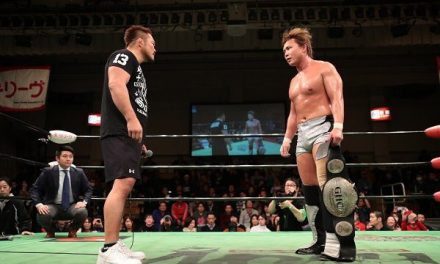 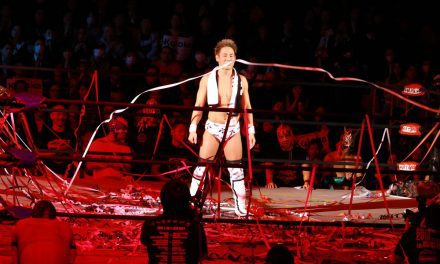