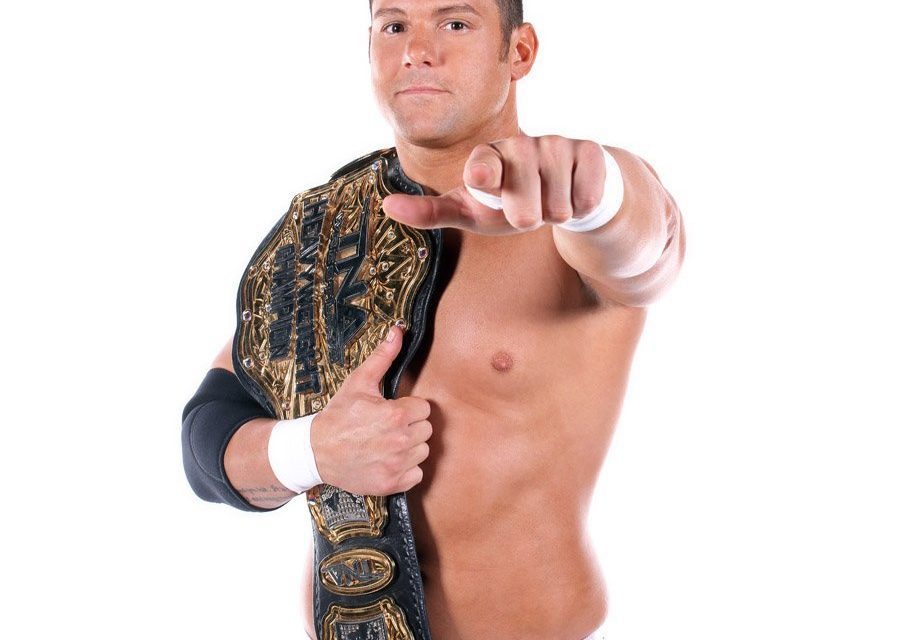 The show opened with a little assembly between Eli Drake, Mike Bennett, Eddie Edwards and EC3 talking World titles and number one contendership. A little kerfuffle then broke out before Moose ran off Bennett and Moose. Not entirely sure what this achieved – the show could have opened with the first match. It was mostly just talking for the sake of it.


The winners of a series of matches on this show would enter a number one contenders match. Maria interfered early and was thus ejected. Bennett worked over Moose’s leg which slowed him down but didn’t stop him. They were having a pretty fun little match before a lame count out finish. I understand the need to protect Moose but finishes like this rarely ever feel satisfying. **1/2

Jeff Hardy and Reby sought to cure the amnesia inflicted on Matt as a result of falling off a forklift last week. Matt was busy building a second dining room while Senor Benjamin lounged around with his feet up. They tried to jog Matt’s mind with a rendition of Obsolete but Matt decided to sing Ironic by Alanis Morissette instead. Matt then refused to enter the Lake of Reincarnation. Matt being utterly befuddled by references to his Broken condition was great, reflecting back the absurdity of the whole character.

Al Snow made his return to Impact, months after The Hardys put him through a table. He was happy to be back before The Tribunal decided they never needed Snow in the first place. The Tribunal attacked Snow but Shera made the save. Shera then also got beaten up. I suppose after Grado abandoned Shera for Robbie E, Shera needs a new pal. There is a simple economic reality as to why Shera is on TNA TV.

It would be a shame if Billy Corgan’s departure results in the loss of The Nobodies as Decay’s entrance music (Abyss still had it here at least), it really suits and accentuates the act. This was a first time ever match on TNA television. Abyss chokeslammed EC3 on the apron. EC3 won with a sleeper hold after Abyss tried to use a chair. Perfectly acceptable, entirely forgettable. match. **

Jeremy Borash introduced Gail Kim to the ring. Gail Kim was to make a big announcement. Gail Kim introduced and subsequently put over Jade. Gail was about to make her announcement, teasing retirement, before Decay interrupted her. Rosemary spat mist in Kim’s eyes and dropped Jade with an F5. Rosemary choked out Kim with a guillotine choke and flattened Jade with a Coast to Coast into a trash can. Rosemary has been one the shining lights of TNA in 2016 as the driving force behind Decay being a compelling act so her arrival in the Knockouts division as a total killer is a treat. The Knockouts division is the best and freshest group of women it’s been in a while. Hopefully they can make the most of that.


Fun match highlighted by a big dive and nifty lucha armdrag by DJZ. While Trevor Lee winning puts him into the number one contenders four way, this should set up Lee as DJZ’s next challenger. DJZ is far and away one of the highlights of TNA right now. If they really wanted to reinvigorate the X-Division, he’s the guy to build the division around. Take the core of DJZ, Lee, Everett and Mark Andrews – introduce a couple more marquee talents as well as the likes of Sutter and Rockett to round things out and the division could reach the heights of days past. It just takes giving the division the focus and the attention it deserves. ***

One of my favourite wrestlers in the world right now. pic.twitter.com/RJZyYui7Wi


Eli Drake has been TNA’s most promising undercard wrestler for most of this year. People dismiss him as a The Rock facsimile and that is unfair to him. While yes, the cadence of his delivery certainly does take inspiration from his former reality show pal, Drake has developed into something all his own this year. The question has been whether he can take what has been a fun midcard act (his work with James Storm earlier this year showed the range of his potential) into a full on potential headliner.

And his work in the last few weeks has given hope that he might. The way Drake and EC3 have played off each other has been tremendous and this match, while not a blow away match that would make people look at Drake as some sort of super worker, was a very enjoyable effort that showed Drake could rise to the occasion. When challenged, he delivered. Hopefully he can continue to going forward. ***1/2

DCC arrived after the match destroyed Eddie Edwards and revealed themselves to be James Storm, Bram and the debuting Eddie Kingston. An interesting combination of people. The crowd were happy to see Storm at least. Hopefully DCC goes better than The Revolution did.

It’s actually becoming a little hard to write Final Thoughts for Impact lately. Impact is Impact right now: a solid, enjoyable well booked (occasionally inessential) show with growing characters and simple compelling stories. While there are elements that could be improved and quality varies a little week to week, that is what the show is and consistently has been since April. 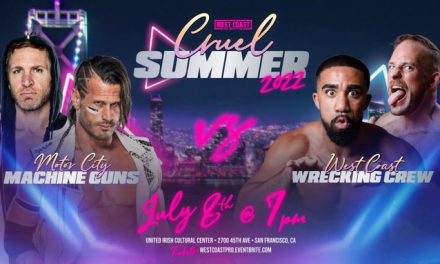