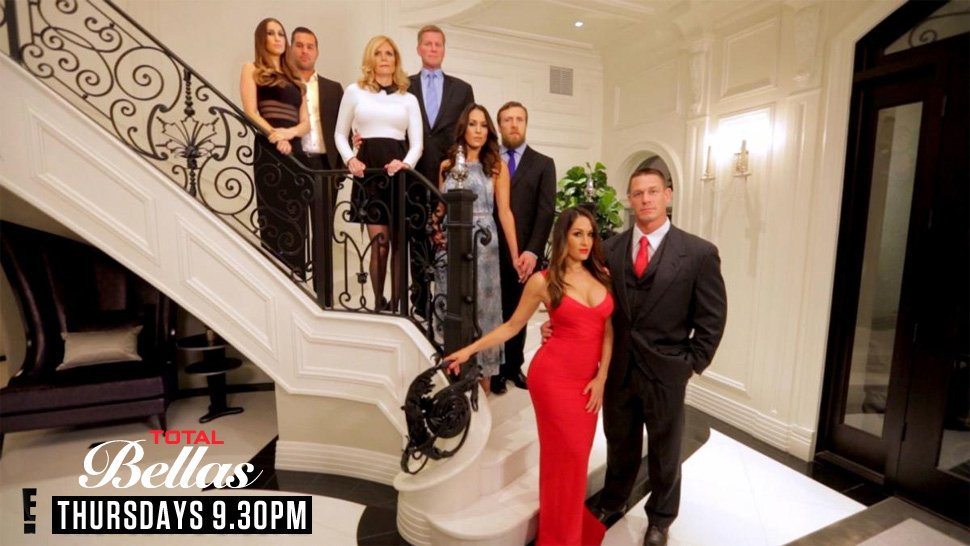 It took six weeks, but I finally understand Total Bellas.

This isn’t a TV show. It’s a promo. A six-week promo for the new season of Total Divas, which returns next week and picks up right where Total Bellas leaves off: The eve of WrestleMania.

If you were hoping for resolution to this bleak and dramatic Total Divas spinoff (at six episodes, don’t we actually probably need to call it a miniseries?), sorry, Charlie. You’re going to have to tune in next week, as the final scene of the season finale is literally a teaser for next week’s Divas season premiere.

While the Bellas “season finale” offers little in the way of resolution, it does have a heartwarming storyline, as an emotional Johnny Laurinaitis weds a glowing Mama Kathy Bella. On a boat.

Not present at the wedding is Bryan Daniel Bryan Danielson, who is staying home on the advice of his physicians but who appears in the episode long enough to offer some empathy to Brie, who is having trouble figuring out how to pack for her mother’s wedding.

“I don’t think there’s a man alive who opens the dryer and sees their wife’s clothes and thinks ‘I know how to fold these,” Bryan says.

“That’s actually a very valid point,” Brie says. “‘Cause some of my stuff is just ridiculous.”

“It’s unfoldable. That’s why you have so many hangers.”

Last week’s big cliffhanger — does Mama Bella have breast cancer — is resolved almost immediately. It turns out she was feeling a bulge in her new implant and everything is totally fine. Back to the wedding! But first, an important public health message from a relieved Brie Bella:

“It’s so important: Anytime you feel something weird in your boobs, like, go get it checked out.”

The entire family (sans D. Bryan) is staying together in a rented house in Florida, but Nikki, Brie and Johnny sneak out before the rehearsal dinner so Brie can go train with MMA coach Neil Melanson (who taught Bryan the Yes Lock) in preparation for her retirement match. This is something that appears to be far more important to Nikki than it is to Brie.

“You don’t ever want to look back and be like, ‘Oh, I wish I did all this for my last match,'” Nikki insists, acknowledging that she’s probably projecting because at this point she’s still not sure whether she’s had her last match.

“Nicole feels that I need to spice up some stuff for my last match,” Brie explains to Johnny.

“Yeah,” Nikki says. “I mean, I think you should’ve been doing it this whole time.”

(It’s an exchange that pretty much sums up why, injuries and retirements notwithstanding, the Bella Twins tag team needed to break up. When one member cares a lot more about being good at wrestling, there’s a natural imbalance that starts to develop. See also: The Funkadactyls.)

Personally, I don’t remember Brie’s performance in her retirement match, the five-on-five melee of Team B.A.D. vs. Team Total Divas, being particularly brilliant, so I don’t know how effective this training sesh turns out to be, but at least we get a few minutes of watching John Laurinaitis in the ring with Brie.

Back at the wedding house, things go downhill quickly as Brie and Nikki get into a series of increasingly harsh arguments about Bryan and various vague resentments that appear to have been bubbling under the surface for a long time.

It seems like, basically, Nikki thinks Bryan is being unfair to Brie by being depressed and injured? But mostly it seems like the problem is that Nikki wants Brie to be happy and she’s mad at Bryan because Brie isn’t happy? I guess?

Brie has her own theory:

“The hard part for you is that he’s not being like you. That’s what’s hard … I wish everyone was like you, but they’re not, and that’s what you have to deal with.”

The mini-fights wind up into one big mega-fight, during which both twins say things that will be hard to take back, including:

Then they have to go get pictures taken with their radiantly happy mother, which Nikki describes as “just so awkward.”

Ultimately, she instigates an apology, and the sisters make up.

“I just feel a lot of things about it,” Nikki says. “And I don’t want to cry because I have so much makeup on.”

Naturally the wedding comes off beautifully (you knew it would; it was all over Instagram), and a few more great things happen:

We meet Nana Bella, the old lady version of John Cena, who cheers Nikki up with a pep talk: “Just be patient, Nicole. Life is interesting, and you never know the turn in the road. Just keep yourself. You be yourself.”

Brie and Bryan go to the naturopath to have blood removed from their bodies, which apparently is supposed to “activate the antioxidant systems”?

When Brie says she wants to do a bikini shoot before getting pregnant, Bryan says he wants to get a “cock shoot” done so he can document his body “before it’s a dad penis. I don’t want to be remembered for my saggy balls. I want the nice firm balls that I had before I had kids … it’ll be very empowering.” YES HA HA HA DANIEL BRYAN DEFINITELY MAKE FUN OF WHAT IT’S LIKE TO HAVE YOUR BODY CHANGED BY CHILDBIRTH WHEN THAT WILL NEVER EVER HAPPEN TO YOU.

Nikki gets cleared to remove her neck brace and stand by the ring at WrestleMania (spoiler alert).

Sandra the seamstress shows up! and Brie and Nikki meet with her about ring gear for Mania.

And that’s literally where it ends, except for a quick montage of the women of Total Divas getting ready for WrestleMania… and next week’s season premiere.

For more on my newfound understanding of Total Bellas and its place in the WWE entertainment universe, plus my thoughts on what a Golden Age women’s division reality show could have been like, check out this week’s video. 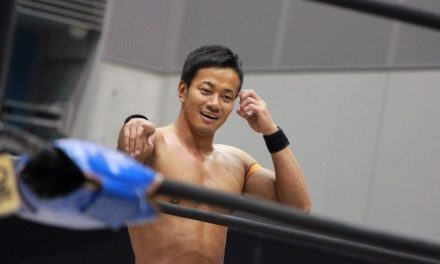 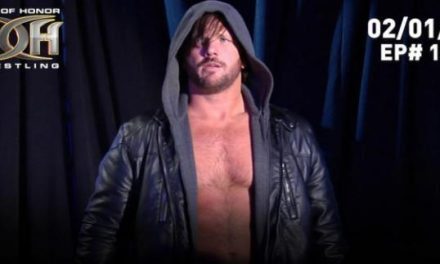