What Comes Next for the Great reDRagon? 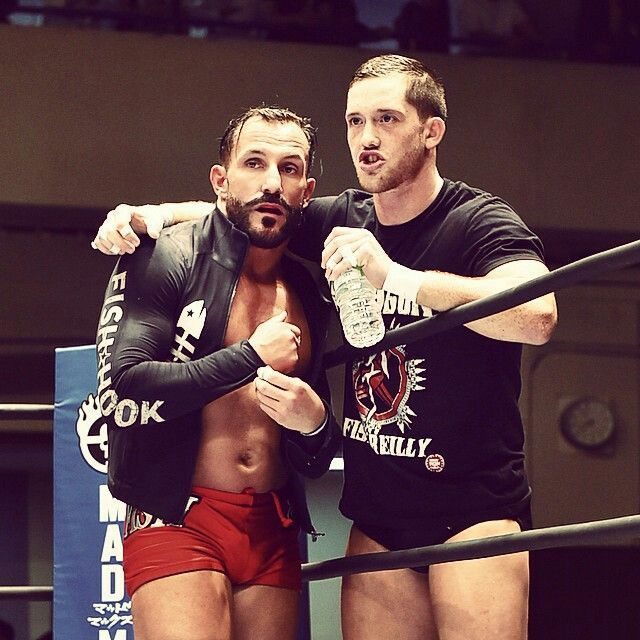 “You are privy to a becoming…” – Francis Dolarhyde

2016 has been a dynamic year for many wrestlers on the New Japan roster. Kenny Omega went from being the IWGP Jr. Heavyweight Champion to the leader of the Bullet Club to IWGP Intercontinental Champion and the first ever Canadian winner of the G1 Climax.

YOSHI-HASHI went from being the laughing stock of CHAOS to a credible wrestling threat, holding victories over SANADA, EVIL, and Katsuhiko Nakajima. And Captain New Japan went from being held down by Yoshitatsu in the maligned Hunter Club to the next great wrestling icon: Bone Soldier!

Okay, maybe that last one isn’t as significant. Still, many a wrestler in New Japan Pro Wrestling has grown in the past year. Look no further than the tag team reDRagon: Bobby Fish and Kyle O’Reilly.

The last few months have seen Fish and O’Reilly elevate their status on the roster. This is thanks to Katsuyori Shibata and the NEVER Openweight Championship. Fish and O’Reilly individually challenged for Shibata’s title at Destruction in Tokyo in September and King of Pro-Wrestling in October, respectively. It was undoubtedly their biggest matches in New Japan Pro Wrestling to date. Although both men beat the ever-loving tar out of Shibata with their devastating strikes and submissions, Shibata managed to overcome reDRagon, retaining his championship on both occasions.

The fact that Bobby and Kyle even got to compete for the NEVER Title is itself quite the accomplishment. Although the NEVER Openweight Championship is supposed to be, you know, Openweight, recent years have seen both champions and challengers stemming exclusively from New Japan’s Heavyweight division.

The last time a Jr. Heavyweight wrestler fought for the NEVER Title was when IWGP Jr. Heavyweight Champion Kota Ibushi challenged NEVER Champion Tomohiro Ishii at Back to the Yokohama Arena in May 2014. So for Kyle and Bobby—two Jr. Heavyweight tag team wrestlers—to receive these title shots is a big deal. A possibly even bigger deal is that Kyle received his title shot at King of Pro-Wrestling, which is historically one of the biggest events in New Japan’s calendar year.

After Shibata beat O’Reilly, he helped him up to his feet and the two bowed to one another in a show of deep respect. Fish entered the ring and all three embraced. This felt like a turning point for reDRagon’s careers in New Japan. The question remains: Where do Bobby Fish and Kyle O’Reilly go from here?

One thing that I am confident that they won’t do for a number of reasons is go back to the Jr. Heavyweight tag team scene. First of all, reDRagon have done pretty much all there is to do in that division. Ever since they came into the company, they’ve been positioned as a top Jr. Heavyweight tag team. They’re two-time IWGP Jr. Heavyweight Tag Team Champions and the winners of the 2014 Super Jr. Tag Team Tournament. They only lost the belts in multi-team matches and in both instances, neither Bobby nor Kyle were the ones who got pinned.

Want further proof of their dominance?

After losing their debut match, reDRagon went on to win 38 straight 2 vs. 2 tag matches in a row. Then they lost to Roppongi Vice in the 2015 Super Jr. Tag Team Tournament. Following that, reDRagon went right back to winning those 2 vs. 2 tags and they have not lost a match of that type in a New Japan ring to this day. Going back to the Jr. Heavyweight tag division seems like a step backwards for them because there are no more worlds left to conquer and thus there’s no chance for further progression.

Another reason is that there’s a very good chance Fish and O’Reilly are no longer Jr. Heavyweights! Kyle recently said that he’s gaining weight to be part of the Heavyweight division. Bobby is listed at 220 lbs. on Cagematch.net, and if we are to believe Cagematch over New Japan’s website (where’s he listed at only 200 lbs.), Bobby weighs more than Kenny Omega and Katsuyori Shibata, two men who are clearly defined by the company as Heavyweights. His transition to the Heavyweight division would be quite easy.

The most glaring indicator we have is their exclusion from this year’s Super Jr. Tag Team Tournament. reDRagon is one of the most dominant Jr. Heavyweight teams that New Japan has ever had, so why would they not be in the tournament if New Japan did not consider them to be part of the Junior Heavyweight division? One could argue scheduling conflicts with Ring of Honor, but surely such a protected tag team like reDRagon could have squeezed in a few dates in Japan in between ROH shows. They do it all the time.


It’s safe to say that we can also rule out the possibility of them having Jr. Heavyweight singles runs for obvious reasons. First, there’s no impetus for them to split up. Second, if reDRagon are indeed now Heavyweights, then any notion of them being singles Jr. Heavyweight stars automatically becomes null and void.

The most likely scenario, in my mind, is for reDRagon to forge ahead as a Heavyweight tag team. It would be a whole new world for them to explore: fresh matchups, fresh feuds, bigger goals. We’ve already seen New Japan experiment having “smaller” teams—including reDRagon—mix in with the Heavyweights. At Destruction in Kobe, Fish and O’Reilly defeated Yuji Nagata and Manabu Nakanishi—a lower-mid card, yet established Heavyweight tag team—in a 2 vs. 2 tag match. I say go full steam ahead and put reDRagon in with Great Bash Heel, Ten-Koji, Ishii/Goto, and the rest. Honestly, who wouldn’t love seeing Kyle O’Reilly and Tomohiro Ishii beat each other up?

Of course, these are all my thoughts; none of it is set in stone in the real world. We do not know 100% for sure that reDRagon are now full-fledged Heavyweights. In fact, Bobby and Kyle haven’t wrestled for New Japan since King of Pro-Wrestling. As of now, they are not booked for the next big show, Power Struggle, on November 5.

The real answer will come in December. If their NEVER Openweight Championship matches did indeed represent the team crossing the threshold into Heavyweight status, then Bobby and Kyle should enter World Tag League. Them entering New Japan’s annual Heavyweight tag team tournament would be the final nail in the coffin for reDRagon as a Jr. Heavyweight team and signify them rushing headlong into the Heavyweight tag division.

2016 was the beginning of a new era for reDRagon in New Japan; we’ll just have to wait a little bit longer to see what becomes of it. 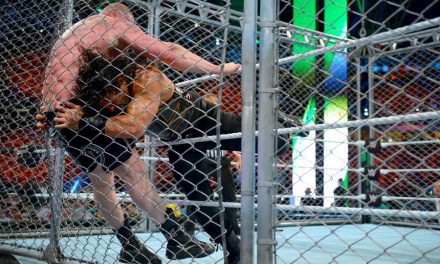 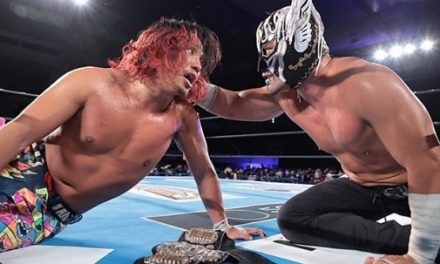 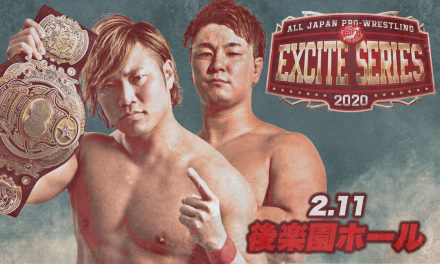 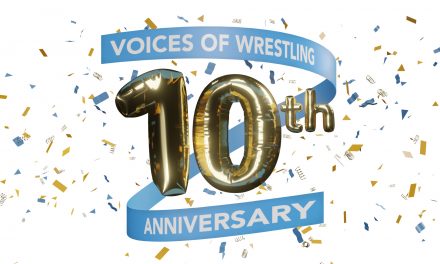