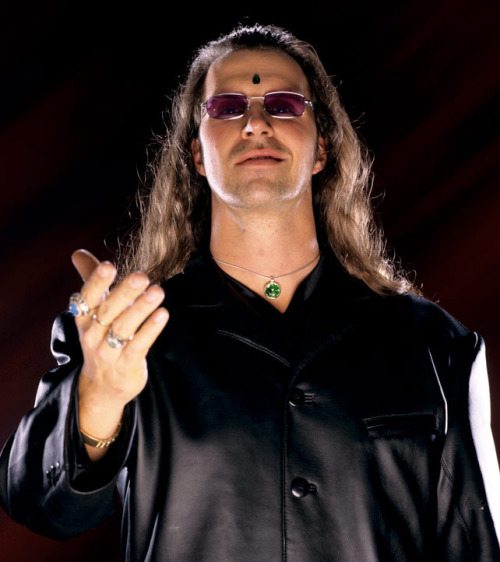 I’m going to be dropping the Eastern Lariat from the column. It’s not a reflection on the show – I like it a lot and if you follow Japanese wrestling you should listen to it. But shows that just discuss the news are hard to review on a week by week basis (if you like it once you’ll like it most weeks), and with it seemingly moving to later in the week there’s no time to squeeze it in before deadline.

The podcast week in review, brought to you by Zip Recruiter.

VIP Lounge (10/9/16): We’re back to having a guest, with this week’s being Shane “Killshot” Strickland from Lucha Underground. They talk about two of his recent matches, vs. Marty the Moth and Will Ospreay, as well as the evolution of the Killshot character on LU. Then the interview veers into music and television, and I don’t know about you, but what Shane Strickland watches on TV doesn’t make for the most engaging listen. THUMBS IN THE MIDDLE

The Card is Going To Change #19 (10/10/16): This show is all about Ronda Rousey showing up at the September AIW show, how she was to work with, and all the publicity they got (and are still getting). It’s somewhat interesting hearing about dealing with celebrity on the independent level, but the episode doesn’t work as well as most. The best AIW shows are about crazy people and things going wrong – this one is about nice people on noteworthy shows, which isn’t nearly as fun. THUMBS IN THE MIDDLE

Deep Blue Something #6 (10/10/16): Mike and Bryce discuss The Wire (!) and Andy Kaufman, before venturing back into the company’s history to talk about the time Bob Saget showed up as the commissioner and memories of running in Barnesville (including Dean Ambrose getting them kicked out and Kazuchika Okada having the worst match ever). Manna from heaven if you’re an old school Chikara fan. They just need to work on coming out on some kind of regular schedule.  THUMBS UP

Conversation with the Big Guy #6 (10/10/16): Ryback and Pat seem to be building to some kind of story and get sidetracked by side stories, including Pat needing Viagra, Pat thinking he had cancer, and Pat getting hit by a car. That’s it. I can’t say it wasn’t entertaining at points, but it’s also pretty rambling. THUMBS IN THE MIDDLE

The Steve Austin Show #367 (10/11/16): Steve talks to former NXT wrestler Bull (Dempsey) James. The interview focuses a lot of time on other wrestlers, like Hanson, Matt Borne, and Dusty Rhodes, but you do get a little bit about Bull coming up through the indies and his time at NXT. The interview itself is fine, nothing you haven’t heard from Bull on any of his other myriad podcast appearances, but it’s nothing special either. THUMBS IN THE MIDDLE

The Ross Report #139 (10/11/16): JR brings Jason Powell on to review the No Mercy PPV (which they blast through pretty quickly) and the rest of the news in wrestling, including the sale of TNA and Paige’s recent troubles. The discussion is OK but there’s nothing overly scintillating here. I wonder how long JR is going to do these post-PPV shows when most of his peers like Austin now only cover the big shows. [Powell’s interview starts at 3:57] THUMBS IN THE MIDDLE

MLW Radio #248 (10/12/16): Court is busy with Combates Americas, so Conrad Thompson is here, because I guess two shows a week just wasn’t enough. Anyway, he and MSL talk about the No Mercy PPV (and disagree about the placement of the World Title match), Goldberg vs. Brock, the potential sale of TNA, multiple pricing tiers for the WWE Network, and Michael Hayes vs. Bret Hart. I actually really liked the MSL/Conrad pairing, and wouldn’t mind revisiting it now and then. THUMBS UP

Talk is Jericho #290 (10/12/16): Don Callis, who was such a big hit on Jericho’s 25th anniversary podcast, makes a solo return to the show. He and Jericho cover Callis’ complete run in the WWF and ECW, included the aborted team with Rick Martel, getting stuck with the Truth Commission, getting stuck with the Oddities, moving to ECW as Cyrus, and moving on from wrestling. Great show; Callis is a great storyteller and Jericho barely feels like he’s there at points.  [Callis’s interview starts at 6:06] THUMBS UP & BEST OF THE WEEK

Bischoff on Wrestling #12 (10/13/16): Eric and Nick talk a lot of politics to start the show (Bischoff is a Trump supporter, if you need a change of pace from Jim Cornette). Then Chavo Guerrero shows up to discuss his television endeavors, working with Eric, and memories of Eddie. The Chavo stuff is pretty good, everything else is skippable. [Chavo’s interview starts at 26:00] THUMBS IN THE MIDDLE

Art of Wrestling #322 (10/13/16): Aldo (Adam) Rose is the guest this week, talking his journey to the WWE. It’s a pretty heavy episode, talking about Rose being homeless for a few years and his first child’s medical problems. They also quickly brush past his recent arrest for domestic assault arrest, just noted that all charges had been thrown out. Compelling in parts, I’m ultimately not sure what to make of this one. THUMBS IN THE MIDDLE

The Steve Austin Show – Unleashed! #366 (10/6/16): Rob Van Dam sits down with Steve to talk about training with the Sheik, ECW, adapting to the WWE, and meditation. Rob has some good stuff but he’s so lackadaisical I found myself losing focus by the end. There’s a part two next week so hopefully things pick up. [Van Dam’s interview starts at 11:30] THUMBS IN THE MIDDLE

Jim Cornette Experience #150 (10/13/16): To celebrate Jim’s 150th episode, they bring on…Kenny Bolin (I was hoping for Alice Radley’s triumphant return myself). He and Jim yell at each other about Vince Russo, Rico Constantino’s charity, and how much they love each other. I tolerate Bolin better than most but this went too long. [Bolin’s interview starts at 10:20] THUMBS IN THE MIDDLE

Keepin’ it 100 #16 (10/13/16): Guests include Juventud Guerrera (who will be giving out dating advice on future shows), Vader returns to talk working Will Ospreay and brings his co-writer for his biography on for a quick story, Chris Masters dishes on Konnan hobbling through the airport to avoid lives, Kevin Kleinrock talks the current state of AAA, Jeff Hardy is back to discuss the Brother Nero character, football talk with the gang, and Shane Helms shows up to talk politics. I liked every segment this week, except maybe the random playing of Curt Hawkins’ interviews after the credits. THUMBS UP

Ric Flair Show #15 (10/14/16): Ric and Conrad welcome Michael “PS” Hayes to the show, mostly to rebut Bret Hart’s recent comments about the Freebirds being in the Hall of Fame (which has been rendered somewhat moot since Bret recently apologized). Ric also tells a story about crapping his trunks during a match with Ricky Steamboat, so there’s that. THUMBS IN THE MIDDLE

Talk is Jericho #291 (10/14/16): Y2J talks to Brian Quinn and Sal Vulcano of improv/prank show Impractical Jokers. They talk about creating the show, setting up the pranks,,the crazy punishments they’ve all gone through, their live show, being wrestling fans, and more. I’ve never seen the show so I wasn’t into the minutiae of creating it, but there are some funny stories. [The interview starts at 5:48] THUMBS UP

MSL & Sullivan Show (10/14/16): The news segment sees the dynamic duo discuss the potential return of Goldberg and AJ Styles losing to James Ellsworth, take questions, and review the 12/23/96 Nitro with more on the political machinations of Hulk Hogan. Solid stuff. THUMBS UP

Something to Wrestle With #11 (10/14/16): Primetime Wrestling  is the theme of this episode. This doesn’t seem like the most scintillating topic, and it isn’t. But it actually is a really fun look at the early years of Monday night wrestling, with stories about Gorilla Monsoon, Bobby Heenan, the Rosatti sisters, Jameson, Vince’s outfits, and a lot more. A much more gentile episode of the show, but that’s not a  complaint.  THUMBS UP

Shake Them Ropes #176 (10/12/16): Rob and Jeff talk about Dolph Ziggler staying, Goldberg returning, and Paige probably not coming back. Plus Tino Sabatelli debuts! 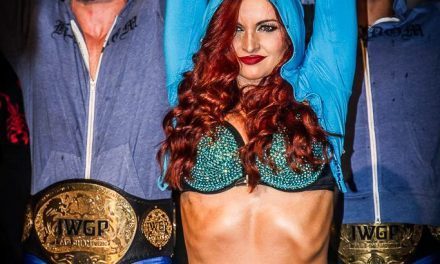