EVOLVE said goodbye to TJP and company icon Johnny Gargano last month. Now the promotion sets sail into a new era this weekend with two events in Florida, EVOLVE 70 and 71 respectively. Below are the five top stories going into the double shot as well as full cards complete with predictions.

After successfully crashing Johnny Gargano’s farewell moment, Ethan Page is a superconductor of villainy in the EVOLVE universe. His kayfabe brash actions earned him a chance against EVOLVE Champion Timothy Thatcher on Saturday night at EVOLVE 70 in Orlando.

Make no mistake about it, this is one of the biggest weekends of All Ego’s life inside the squared circle. For the last year, he worked a prominent redemption angle and put in a fantastic overall performance. Now back to his natural state of wearing a black hat, the company is behind him as a top star. In the lead up to his title match, EVOLVE released two promotional videos, one painting Page as deranged and the other of him as a riddle that Thatcher has never had to solve as champion.

With great promotion, comes even greater expectations to perform. Outside of brawls against Gargano and short squashes against seminar talent, Page’s body of work in EVOLVE is relatively average. If he wants to keep his momentum going then, his matches need to take a step up in quality for the sake of crowd engagement. Without it, Page will be haunted with a mid-card vibe.

So with the eyes of the wrestling world upon him, can Page deliver, in particular against the crowd killing Thatcher?

EVOLVE released another fantastic mini-doc chronicling the history between Gulak and Thatcher.

From the outset, the meat was there for this angle to be compelling. Drew Gulak raised his promo game and in-ring work to the next level. The problem was that Thatcher’s stoic personality and 19th Century fighting style fizzled any fan investment in the story. The backlash from the paying public reached its zenith during Summerslam weekend when the two put on a widely-panned match that killed the live crowd and stifled a well thought out double turn post-match.

At this point, nothing can salvage the angle, but Thatcher and Gulak can still put on a quality show of violence in the main event at EVOLVE 71. Thatcher has a history of delivering in a relaxed rules environment, see his past bouts against Biff Busick and Matthew Riddle for example. Hopefully, Gulak returns to form and pulls Thatcher out of his grapple safe space to ensure that will happen.

ZSJ Tries to Find the Catchpoint

Every so often a wrestler comes across a pair of opponents that fit him like a pair of tailored trousers. For Mr. Zack Sabre Jr., Technical Wizard, that would be a couple of men he hasn’t faced in individual EVOLVE competition, Tracy Williams and Fred Yehi. Williams has a track record of upping the ante against established names, so his outing with the English import looks good on paper. Yehi is the wildcard. This will be the biggest match of his EVOLVE tenure since he wrestled Chris Hero during Mania’ weekend. Yehi has the talent to hang with ZSJ, and the contest should feature some tremendous limb work. It just remains to be seen how the two will gel once the bell rings.

The man known as “The Gift” lands in EVOLVE this weekend to take on Nathan Cruz at EVOLVE 70 and then Tracy Williams at EVOLVE 71. Kincaid works a backwoods boy from West Virginia gimmick. He is anything but pure gimmick, though. Anyone who saw Kincaid compete in the ROH Top Prospect Tournament knows that he is an exceptional talent with one of the most unique move sets in professional wrestling. Expect to be impressed with him.

In their first encounter earlier this year, Matthew Riddle and Chis Hero absolutely slew it. The rematch happens in Ybor City on Sunday night. In many ways Hero and Riddle are perfect opponents and anything below ***½ will be a disappointment.

The war between Catchpoint and Drew Galloway’s army continues this weekend in the Sunshine State. Matthew Riddle faces a hand picked Galloway opponent on Saturday. Drew Gulak meets Chris Hero the same night in addition to a tilt pitting DUSTIN against Fred Yehi.

After earning an EVOLVE contract at the last set of shows, human missile Darby Allin looks to cement his place in the pecking order against Anthony Henry and EVOLVE Tag Team Champion DUSTIN. 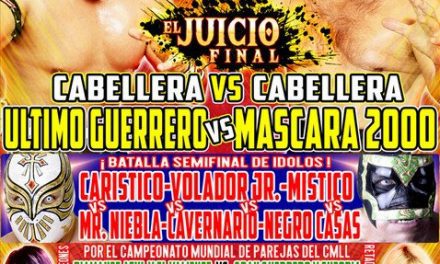 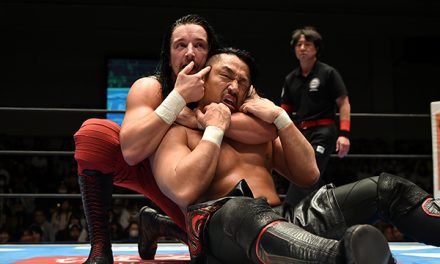 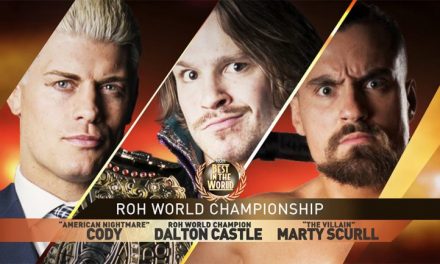 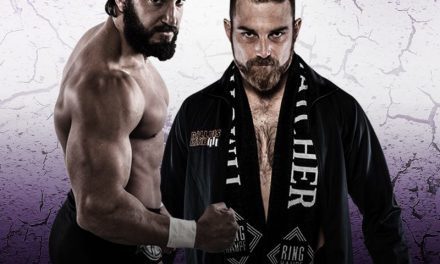