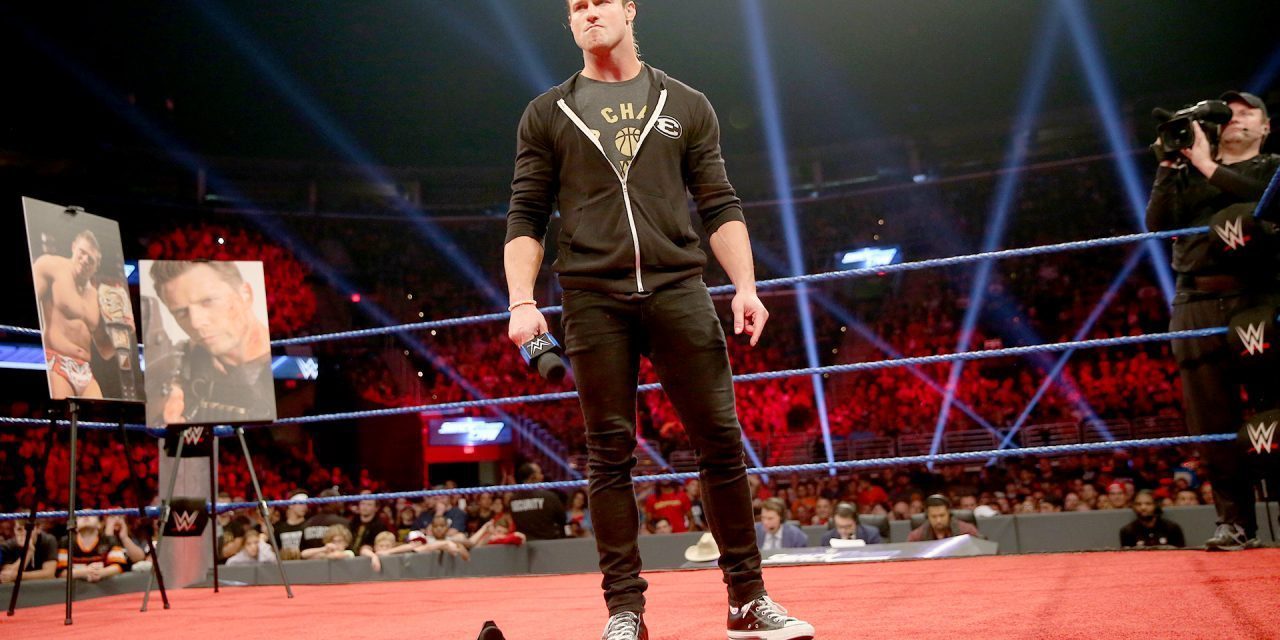 It was the last week of June in the year 2011.  CM Punk casually walked up the entrance ramp, microphone in hand, having just helped R-Truth send John Cena through a table during the main event of an episode of Monday Night Raw.  Punk was scheduled to challenge Cena for the WWE Championship three weeks later at the annual Money in the Bank pay-per view and the program between the two was beginning to take shape. As Punk sat atop the ramp and began to speak there was no indication that something life altering was about to take place; just a typical heel run-in to generate heat on a vulnerable babyface champion to build a familiar story to an even more familiar apex.

The pipe bomb promo was riveting exploitative theater; a brilliant emotional manipulation that used the fan’s own knowledge of behind the scenes goings-on against them to create an alternative fictional reality. For some, the events of that night in Las Vegas and the eventual plot twists that led to Punk’s title win represent a high-water mark in terms of their modern fandom. More so than anything else, Punk’s pipe bomb marked the beginning of a new period WWE creative branded as The Reality Era.

Suddenly storylines were ripe with heavy doses of worked reality; simple facts like the existence of pro wrestling outside the WWE universe, events in the personal lives of performers and other relevant truths were being used to produce a new strain of creative writing never before seen in WWE…ok, actually none of that happened. It’s what we wanted and expected, but it wasn’t what we got. The pipe bomb angle instantly ignited a spark within fans desperate for a drastic change in creative presentation. The spark was promptly extinguished. Rather than a massive explosion of change The Reality Era proved to be an innocent firework; a momentary and vociferous eruption that dissipated as quickly as it first appeared.

Ironically, as invigorating as the pipe bomb angle proved to be, the manner in which it ultimately concluded proved to be the genesis for a deep-rooted apathy that, for many, remains in place today; the proverbial straw that finally broke the camel’s back. Rather than drawing from the reality of the world beyond the ring, WWE instead chose to focus on the reality of the wrestling business itself – mainly the fact that it was strictly entertainment.  The creative emphasis was placed on providing entertaining fiction rather than believable fiction, which of course generated neither as a result. Constant reminders that what we were watching wasn’t real became as common as a body slam…which doesn’t really hurt as much as it appears, don’t worry it’s only entertainment.

Five years after Punk first showed us how reality can complement fiction; the creative direction of SmackDown Live appears to be re-imagining the concept. In the immediate aftermath of the brand extension draft the overwhelming consensus was that SmackDown was in big trouble.

Sure, the brand had the WWE Championship and top talent like AJ Styles and John Cena, but the roster was severely top-heavy and lacked any substantive creative hooks that viewers could sink their teeth into. I personally rejected that notion, but admittedly I had little more than a ‘let’s wait and see’ argument to defend my stance.

It has been almost three months since Brand Split 2.0 officially began; SmackDown is rapidly gaining ground on Raw in terms of brand value and has surpassed the flagship brand in terms of sustainable creative concepts and compelling narratives. Of course obvious differences like the lack of a third hour or polarizing characters like Roman Reigns and Stephanie McMahon play a role to some degree. But more important than the length of the program or the characters featured on it is the obvious theme of reality that has surrounded the blue brand.


Unlike Punk in 2011, no one is openly lamenting the fact that WWE could be a better place to work once Vince McMahon dies, or that ass-kissing tactics are more important than hard work and finely tuned in-ring abilities. The brand of reality currently being sold on SmackDown is more subtle and less gut-wrenchingly visceral. This cunning motif has greatly enhanced SmackDown’s top programs in terms of both compelling and layered fiction as well as long term character development.

Like many fans, current WWE Champion, AJ Styles is reveling in the fact that an ‘indie guy’ rules the WWE roost – an unlikely narrative on its own considering WWE’s systemic refusal to acknowledge the body of work current Superstars may have accumulated while working elsewhere. Drawing from the real sentiments of hardcore fans and his own past exploits in other promotions, Styles has eloquently flipped the script and managed to portray an arrogant, overbearing and opportunistic heel. The chip on Styles’ shoulder that existed when he first arrived to SmackDown should have dissipated after first beating John Cena at SummerSlam and then Dean Ambrose at Backlash to win the coveted title, but instead it remains as the insecure heel continues to desperately reminds himself and everyone else just how great he really is. While Styles’ indie roots are the focal point of his new persona; rather than being a point of emphasis to chart a career of hard work and dedication he uses his past credentials as a pseudo crutch to justify his questionable actions and bullish attitude as he clings to the lone spot at the top of the pro wrestling mountain.

At the same time, both Ambrose and Cena have also drawn from reality to enhance their characters heading into the Triple Threat match at No Mercy.

Ambrose’s character has openly speculated about his current persona and admitted that he’s struggling to find himself; both a compelling truth and a fictional metaphor for a past champion now living without the title he yearned to capture for so long.

Likewise, Cena’s recent acknowledgement of his proximity to Ric Flair’s record number of championship reigns is a stark reversal from his past persona. For over a decade Cena’s primary concern was putting smiles on children’s faces – entertaining the masses – and exhibiting the kind of role model qualities important to both himself and WWE on a corporate level. His quest to regain the WWE title is now personal; he wants it for the purposes of enhancing his legacy. This desire has humanized Cena in a manner never before seen in the spectrum of the WWE’s fictional universe. Cena understands his time in the ring is nearing an end and he wants to do achieve something for himself within whatever precious time he has left; it doesn’t get any more real than that.

Elements of reality have also penetrated the current Intercontinental title program between The Miz and Dolph Ziggler. After failing to win the WWE title at SummerSlam, Ziggler was immediately placed in an IC title program, where he has come up short on multiple occasions thanks to the wily heel tactics of Miz and Maryse. In the weeks since, the program has benefited from well-placed hints of realism, most specifically the common complaints lodged about how Ziggler’s character has been booked in recent years. Ziggler himself has referenced being told that he was both too good and not good enough to be a top guy in recent promos; clearly drawing from frustrating locker room discussions with someone in the past. For his part, Miz has capitalized on the flaws in Ziggler’s show-stealer gimmick, pointing out that stealing the show hasn’t allowed for much winning within the fictional universe. The debut of Talking Smack has enhanced the dichotomy between Miz and Ziggler more so than any other program to date.

The worked-shoot style program, specifically Miz’s passionate outburst after being called a coward by Daniel Bryan, has successfully tapped into the bountiful pipe bomb vein to advance plot lines without the use of familiar WWE tropes. The Miz is a heel who dismisses the concept of risking life and limb on the independent scene in front of small crowds for little money. He feeds off the hate from the audience and relishes in the fact that his wrestling style has allowed him to enjoy a prolonged career; this as Bryan is forced to take a back seat after his body suffered from years of abuse in the name of giving the audience what it wanted. There is a paralyzing truth in Miz’s sharp claims, making him all the more unlikable; the best villains are the ones who speak just enough truth to make us question the very laws of nature.

Punk’s pipe bomb was a once in a lifetime kind of promo and the angle the followed (at least through Money in the Bank) was a special story next to impossible to successfully recreate. That said, the significant undertones of reality being careful inserted into select stories has allowed the SmackDown brand to exist on an entirely different plain than the Raw brand. As we approach No Mercy it’s impossible to ignore the buzz associated with the SmackDown brand these days.

As it turns out, The New Era of SmackDown is finally giving us the Reality Era we so desperately craved years ago. 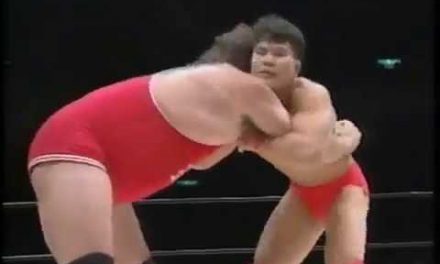 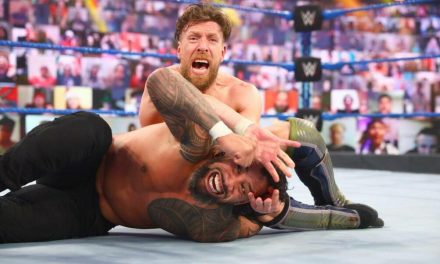