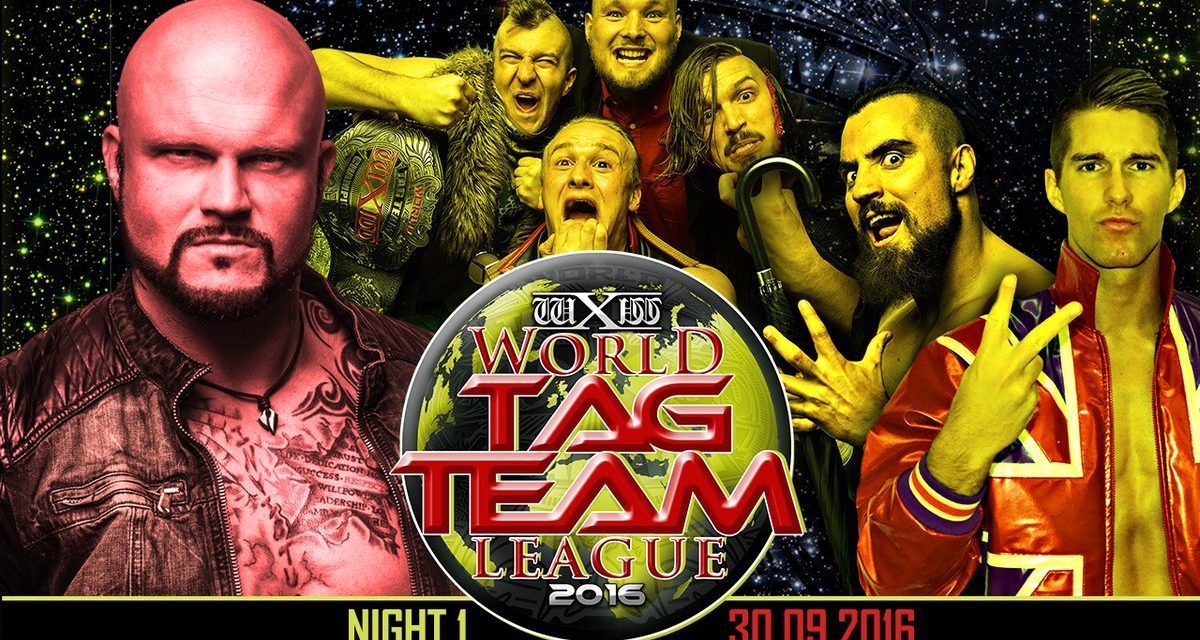 The turn of the month saw wXw host the second annual World Tag Team League four show weekender (three tournament shows as well as the single-show women’s tournament Femmes Fatales). wXw management have publicly stated that they want the World Tag League weekender to be as close as possible in level of prestige to the 16 Carat Weekend, the tournament most will know the company from. For that to happen they really needed to hit it out the park here in its return. Combine that with this being the first of their truly premier events to take place after the launch of wXw Now meaning that this event will have more eyes on it than ever before and the pressure was high going in. Did they deliver? Let’s find out.

After a nice video package highlighting some of the most successful tag teams of wXw’s history, the show kicked off with wXw’s traditional introduction of tournament participants where they bring them all out a team at a time into the ring.

The only change to the announced line-up was Timothy Thatcher subbing in for his Rimgkampf stablemate Axel Dieter Jr. who had to pull out of the tournament due to injury. It’s a real shame not only as he’d been working really well with WALTER, but also just in general I see Thatcher as a downgrade from ADJ; to say I’m a far bigger fan of Dieter than Thatcher would be an understatement.

The tournament is operating under a block format, with a football (soccer) style point system with three points for a win and one point for a draw, with each team having one match a night with a thirty minute time limit. After three days of block play the winners of both blocks will wrestle for a second time on night three night in a final. The winners of the tournaments will also become the new tag team champions, with reigning tag champions Cerberus needing to win the tournament in order the retain.

As mentioned I’m not really a Thatcher fan. In general his style bores me, and I feel there are other people who are far better at doing the kind of things he does but with far more dynamism. That all said though, I didn’t think he was bad here. A large part of that is that I feel he’s far better both when he’s playing the heel and when he’s not dictating the style of the match, the polar opposite of what we’ve seen from him the majority of the year in EVOLVE. In this match he was almost forced to play to his strengths (his intensity and no-nonsense aura that fits perfectly with the overall Ringkampf feel) without being afforded the opportunity to drag the match into a mire as he so often does. By God I just enjoyed a Timothy Thatcher performance.

To bring myself back down to earth I’d be remiss if I didn’t mention that there were a couple of awkward interactions between Seven and Thatcher where he came off sloppy and unfamiliar with Seven, and overall he was the fourth of four in terms of performances in this match. Bate and WALTER put in very clean performances, and overall this match ended up being a solid way to kick off the tournament, although I hope for better matches to come for both teams. WALTER earned the three points for Rimgkampf in typical efficient fashion via the Saka Otoshi-Bully Choke combination while Seven had his attention on Thatcher when WALTER was the legal man. ***1/4

Where the opener was kept fairly compact the second group match here was far more of a back-and-forth affair. In what has developed as a somewhat clear formula since their reunion as a team, the LDRS dominated the early goings and took a very light-hearted tone to the first half of the match before stepping up a gear in the second half. Al-Ani put in an impressive performance here looking more than comfortable in there with these three veterans, an impressive sign given he’s only recently started getting a featured role in wXw. Marty earned the three points for his team by tapping out Al-Ani with the crossface chickenwing while Sabre tied Andy up in a submission of his own. ***1/2

Leah Vaughan repeatedly saying “Leah Vaughan Bitch” isn’t helping her name change sink into my skull at all. Rose is a relatively unknown English wrestler, and she came across very green here. The match as a whole was fairly competently wrestled but overall uncompelling, not the best advertisement for the following night’s all-women’s Femmes Fatales show. Vaughan won with a spear to give her some momentum going into the aforementioned tournament. **

Pete Dunne is collecting championships across Europe, with his victory here he is currently the proud holder of six different belts from six distinct promotions. His win here was somewhat surprising seeing as there wasn’t much build-up and this was Pete’s first appearance in Germany for a year and a half. Many, myself included, assumed this would just another scalp for Da Mack to claim while champion, so when Dunne ended Mack’s just shy of six months reign it got quite the reaction from the crowd.

The match itself was nothing to write home about. Dunne is on such a roll at the moment that all his matches have a high floor quality wise, but the two guys just never seemed to click to any great level. I was somewhat disappointed giving how good Mack’s previous defense against Dieter Jr. was, but one of my favourites Pete Dunne getting the belt overshadowed that. ***

Firstly I’ll say I enjoy JT Dunn fine. I think he’s a good wrestler. However, whenever I watch a Death By Elbow match I always feel like I’m watching Hero and a low-rent Hero work together. For me the juxtaposition between the two of them does Dunn no favours; every time I see him throw a strike it never gets quite as good a reaction because the crowd has just seen Hero throw a better one.

This was a fun match though, especially when Hero and Dragunov were in there together. It was hard hitting, flowed well and didn’t overstay its welcome as Hero tag matches are sometimes liable to do. Death By Elbow picked up the three after a barrage of elbows. ***1/2

The winner of this match would receive a title shot against Jurn Simmons on the following night for his Unified World Wrestling Championship.

I’m not usually somebody who goes super-deep into the micro analysis of the intricacies of the way moves are sold in my reviews, instead preferring to look more at the big picture a match presents. However, here I couldn’t help but repeatedly notice the way Klinger sold Bailey’s strikes: by wobbling slightly. It was in a fashion that is most often seen in comedy matches, and once I’d noticed it I couldn’t stop seeing it. The nature of it really took me out of the match (one of the worst things a wrestler can do), which other than that had been really good. Perhaps I’m overly focused on what probably amounts to a very small thing, but I’d be lying if I told you it didn’t effect my enjoyment of the match. Bailey won with a flash pin, and after the match offered Klinger the first shot should he go onto with the title. ***1/4

This was exactly what you’d want from these four guys. They kept the pace up, packed the match with action and overall had a very satisfying match to close out the first night. It was a fun inventive spotfest, and I mean that in the best way possible. I saw a couple of tag maneuvers which I’d ever seen before, and despite being all wrapped up before the ten minute mark it concluded at what felt like its natural peak. The crowd were really into the match as a whole, as well as into all four guys individually. Good main event, match of the night and a definite thumbs up. ***3/4

While the show as a whole was nothing spectacular it was a solid base for the tournament to build from and a super-easy watch clocking in at just under two hours. I simultaneously enjoyed watching this show but also hope for more from the second and third shows from the weekend. 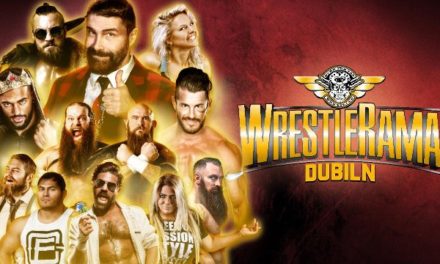