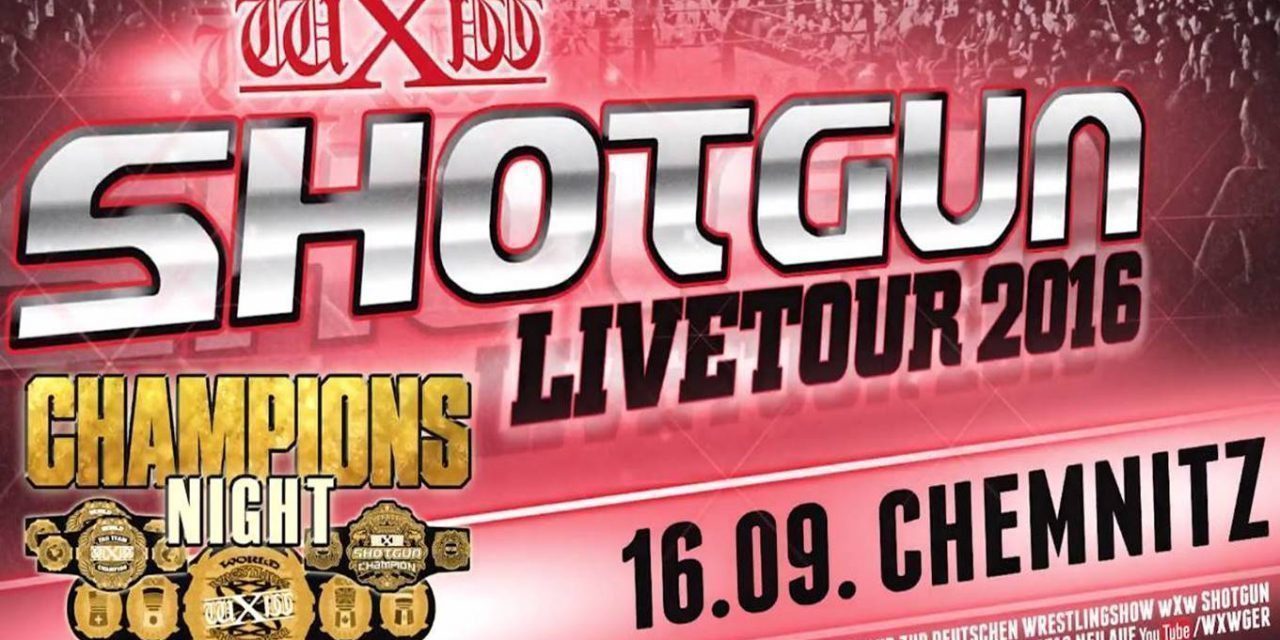 Germany’s premier wrestling promotion wXw are hosting their second biggest weekend of the year as I type this: the World Tag Team League. With the trio of stacked shows set to drop between the 3rd and 5th there’s more reason than ever to be signed up for wXw Now, so I’m here to let you know what you need to watch from their last month to be all set for the World Tag Team League. September featured twelve events, including the featured event ‘Champions Night’, so there’s plenty to choose from.

Available for free on YouTube as linked above (twenty minutes in), the LDRS cut a promo ahead of their World Tag Team League appearance that is best described as ‘delightful’. Just watch it, you won’t regret it.

This was match two out of four in a winner-stays-on series of matches across multiple shows to determine who gets the final spot in the World Tag Team League. The first half of this match was fundamentally sound but uninspiring, feeling very much like a paint by numbers tag match complete with an utterly uncompelling heat segment. The second half really picked up though, delivering the hard hitting bombfest that was the recent I picked this match out to be included, even if it did come with some tag legality sloppiness. Walter especially showed off a really impressive power-game and, despite several of the lights going out, they really delivered a very enjoyable second half. Ringkampf advanced in the series when WALTER tapped out Colen with the Saka Otoshi Bully Choke. Not a super easy one to rate, but I’d say it averaged out to around ***1/4

I always feel like I should enjoy Klinger matches more than I do. They’re all fundamentally sound and I can never really put my finger on what I don’t like about them, but they never click with me on a high level. It’s not that intensity isn’t brought to his matches, more that the intensity brought somehow feels hollow. This was no different even with him going against one of my favourites in WALTER; they did some cool stuff like a Crucifix Bucklebomb but I was left somewhat cold. It was a good match, but I can’t say anything above that. WALTER won after a shotgun dropkick followed by a powerbomb. ***

This is actually a direct preview of the World Tag Team League, with these two teams guaranteed to face off by virtue of both being a part of the B Group. All these four are solid wrestlers, with Dragunov being the pick of the bunch, but this encounter was really lacking a spark. You got the sense that they were always close to having a very good match, but just lacked that special something to tip them over that would have been brought by a great worker. I’ve said this for a lot of matches in this selection so far, but while fundamentally sound the match didn’t connect with me.

Nero retained the belts for his team with a big boot that got zero reaction and was a contender for least climactic finish I’ve seen this year. Hopefully they can improve on this when they meet at Tag League. **3/4

WALTER was great as an unstoppable force of nature here; he brought a tide of offense that was just irrepressible. Dunn was solid enough in his role as plucky underdog and had some decent comebacks, but this was the WALTER show through and through. A fun opener telling a simple story that presented WALTER super strong going into World Tag Team League. WALTER won with a powerbomb following a shotgun dropkick. ***1/4

Another fully enjoyable match from this show, this one being far more back-and-forth. Klinger is really good at using the entire ring for his offense in inventive ways, and here he had an opponent who held no qualms in being thrown around. Klinger won with a crucifix bucklebomb followed up with the Wrecking-ball Knees.***1/4

One of the best in-ring rivalries of the last few years comes to Germany in a direct preview of the LDRS vs. Death By Elbow match that would take place later that weekend at the World Tag Team League B Block. This didn’t hold a candle to some of the work they’ve done elsewhere, but was still a good match in a vacuum. They worked it around Hero dissecting Sabre’s leg to prevent him from hitting the PK, which then resulted in Sabre focusing on the arm knowing that he would have to resort to the armbar if he was going to achieve victory. Sabre didn’t have much success down this route though, and Hero dominated the majority of the second half of the match only to get caught and pinned in a European Clutch. Watching this I definitely got the sense that they were purposefully not going all out, only wanting to give a taste of what the two men had to offer ahead of their bigger tag team encounter later that week. ***1/2

A slightly underwhelming month for wXw but there’s still a match or two worth checking out, Hero vs. ZSJ at the top of that list, and with the World Tag Team League getting rave live reviews I’m confident that subscribing now is the correct decision.