You Should Watch Some Lucha (A Match of the Year Primer) 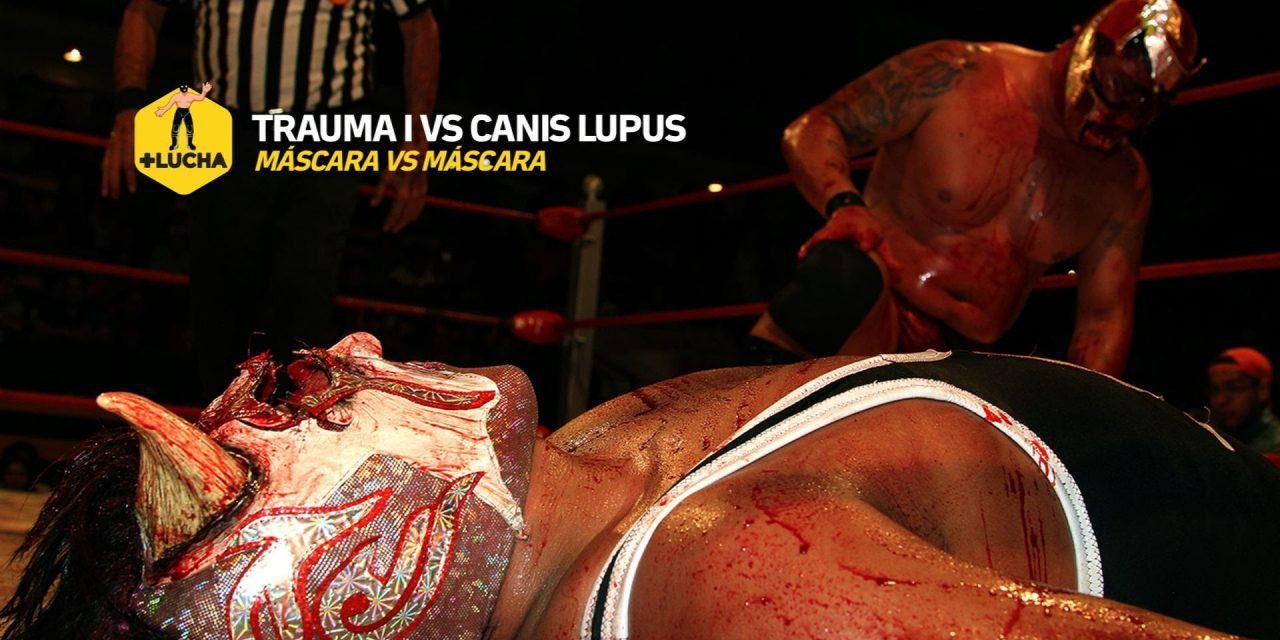 Did you watch Stranger Things

yet? Did you think it was good? Cool. But really, the big thing we have in common is wrestling. If you’re anything like me, you probably think about it a little too much.

I was thinking about it today, as the clock ran down at work, and I realized that I’m gonna go to sleep and wake up and do that a few more times and before I know it, it’s gonna be October. And I was thinking that realistically, we could probably all start putting together our year end awards and match of the year lists and whatever else. I know you’re thinking the same things as me, because I see you on Twitter getting quote tweeted by the Wrestling Observer’s Dave Meltzer about how the CWC doesn’t count for some award or another. Shame on you, getting in to twitter arguments. Who would do such a thing?

Like I said, we’re pretty similar, but I’ll bet there is one major difference between us: when I put together some semblance of a match of the year list, it’s going to have a whole bunch of lucha on it.

Look, I know. You think it’s all flips or something, or it has no psychology, or you just “don’t get it”. You saying those things shakes me to my very core and makes me think Sartre was right, but this article isn’t the time or the place to convince you that Lucha is great, or to delve in to the (economic) issues at the heart of why lucha isn’t viewed in the same way that puro is. Lucha is a strange crazy beast, and frankly, there are people who are way better writers than me about wrestling who would help you “get it” more than I ever could. Talk to the Segunda Caida guys or something, or Good ol’ Will.

I’m just here to ask you to trust me for a few minutes.

You may not love lucha, but I’m going to ask you to at least give these matches a shot, because frankly, Mexico has done some pretty awesome and fun stuff this year. Honestly, if none of these matches make your ballots at the end of the year, cool. That’s totally fine. I promise I won’t think less of you. But I do think that in order to be able to really say you’ve seen all the best stuff this year, you have to watch a few of these.

Please note that these are not in any sort of order, and I’ve made an effort to highlight a bunch of different styles and wrestlers. I guess what I’m saying is I don’t necessarily think these are the five best matches from Mexico this year (although they might be when I actually sit down and rank stuff) but they are a great representation of who is doing the best work out there. Also one last thing: if you like any of these, and you think RAW is boring, you should watch Puebla on Monday. Okay. Without further ado:

I wrote about this match at length, so you should probably just read that, but I’m pretty high on this match. I think wrestling is great, but it’s especially great when it looks like something completely different. This match isn’t so much a wrestling as it’s a fight, or a dick measuring contest, or a calculated business decision, or complete anarchy. There’s so much going on. Rush hasn’t had a tremendous year in ring, but he is electric here, just the biggest asshole in the entire world. This is a spectacle, and it’s one that should be seen. Like the best wrestling from Japan, it transcends culture and language. Watch This If You Like: Necro Butcher vs. Samoa Joe

Canis Lupus vs. Trauma I

Full disclosure, this will probably end up being my match of the year. It’s epic and emotional in a way that only a mask vs. mask match can be, it has things that are preposterously unsafe for the wrestlers, and it has the absolute best near fall I’ve seen in probably ten years. There is something magically paradoxical about this match that is so unique to wrestling. It is so much larger than the venue. It’s like if they held a WrestleMania main event in the Palmer Funplex. I often think people are intimidated to go and watch a lucha feud settling match like this, afraid they will miss context. Don’t worry about it. Here’s all you need: They don’t like each other. Whomever wins this shames his enemy forever. And go. Watch This If You Like: Three Stages of Hell match with HHH and Austin (No Way Out 2001)

So Black Terry has a few matches this year that may finish higher than this, but this one is free so I’m going to talk about it. First of all, let’s talk about Black Terry who is 64 motherfucking years old. For reference, that means the dude in the yellow shirt who is tearing shit up is a year older than Hulk Hogan, and the same age as Randy Savage, Dennis Condrey, Jimmy Garvin and Playboy Buddy Rose. This match happened three months ago. I think it highlights an oft overlooked aspect of lucha, which is the super competitive matwork. A common critique I hear is that lucha is too cooperative, and everything here looks so painful, and so hard to latch on. Stylistically, this feels very close to a lot of the pimped Indie matches from the past few years. Also, the camera man for this is Black Terry Jr, and if this match interested you at all, many others are available from him over the internet. He is very responsive on twitter. You’re welcome. Watch This If You Like: Timothy Thatcher vs. Biff Busick

Negro Casas is the greatest wrestler of all time. This isn’t an opinion. He just is. He’s a mythical trickster god that somehow ended up fully formed in Mexico City. We have footage of him pretty consistently from 1987 through today, and all of it is good. Honestly, I’m not sure there is a year in which he was active where he wasn’t a top 20 worker. For 30 straight years. Think about that for a second. He’s great here, a wily veteran with a clever glint in his eye. This match tells such a unique story. Normally in a match with such an age disparity, you see one of two narratives: the older man is outmatched physically and succumbs to age, or the younger man gets outsmarted by years of experience. Here, Casas manages to highlight both without it being muddied. Rey Hechicero (which means King Wizard, by the way, in case you weren’t sold on Mexico being awesome) is bigger and stronger and is great on the mat, and Casas has to outsmart him, but Casas has the confidence in his body to not solely rely on leverage and trickery. He is just as game, both men spend equal time being stymied, frustrated and delighted by their opponent. Hechicero is part of the CMLL trios team going to ROH soon. I think he really has a chance to stand out there, because his offense is so good. If I were a betting man, I’d say he will be the next discovery. Get on the train now. Watch This If You Like: Jushin Thunder Liger in the American Indies

I’m guessing this one will end up being on a lot of lists, especially if the ROH rematch ends up being good and people search out the previous fights. It’s probably the most accessible match of everything I’ve posted, high stakes, high spots, and a hot crowd. I would be shocked if Dragon Lee wasn’t in NXT by this time next year. He’s had a wonderful year, and is at that age (21) where discretion does not get the better part of valor, which honestly makes for some pretty tremendous wrestling matches. Lee has been good in a lot this year, but Kamaitachi brings out the best in him and vice versa. They manage to push things to a natural limit without it ever feeling indulgent or excessive. Watch This If You Like: Will Ospreay vs Ricochet

I could do more, but five is enough homework for one night. Please feel free to leave comments on the VOW Forums or hit me up on Twitter (@WrestlingBubble) if you have questions or thoughts about the matches, or think of other comparisons that might be more apt! Like I said, maybe none end up on your list, and that’s totally cool. It’s just important for us all to watch some great wrestling from a historically overlooked style.