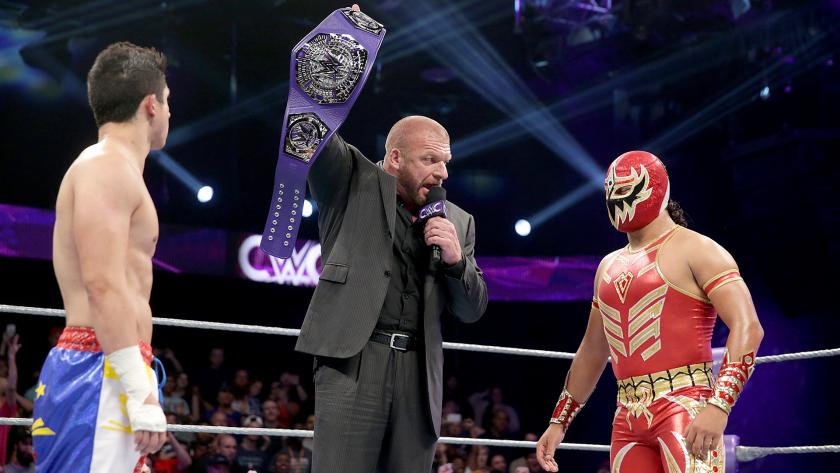 Tournament angles are nothing new in WWE; the promotion has presented 72 official tournaments since 1985. Tournaments like The Wrestling Classic; a spiced up house show presented for closed circuit viewing in the wake of a successful experiment called WrestleMania. Tournaments like King of the Ring, which have been used to elevate the stock of a specific talent or as a catalyst for new mid-card rivalries. Tournaments to crown new champions, new number one contenders, even a tournament to crown the best shoot fighter in the promotion. The stories of these 72 tournaments have ranged from lasting, like the first ever tournament for the WWF title at WrestleMania IV, to forgettable,  like any of the seven tag title tournaments beginning in 1995, and everything in between, including the infamous and ill-advised Brawl for All in 1998.

Number 73 was different from all the rest.

The story of the Cruiserweight Classic was overtly simple; 32 men representing 16 countries competing over the course of 10 weeks to identify the best wrestler 205 pounds or less. That’s it. No chasing a title made vacant by a controversial ruling or an unexpected injury. No extracurricular hijinks creating chaos throughout the brackets. No transparent booking laser-focused on forcefully manufacturing a new cookie-cutter star. 32 wrestlers—not superstars or entertainers—sewn from the seeds of the underground and cultivated by the industry’s corporate juggernaut competing for supremacy.

The introduction of the principal combatants, many of whom were foreign to the majority of WWE’s regular audience, through a well-produced bracketology special proved to be a valuable prologue; a useful appetizer successful in making the main course that much more desirable. We were introduced to the likes of The Bollywood Boys, Raul Mendoza, Kenneth Johnson and Sean Maluta; young competitors eager to prove they belong. We were exposed to exotic international talent like Kota Ibushi, Zach Sabre Jr., Akira Tozawa, Noam Dar and Gran Metalik. We were given a chance to get to know Cedric Alexander, Drew Gulak and Anthony Nese; mainstays of the independent scene. We were taken down the anything but easy paths traveled by Rich Swann and TJ Perkins before reaching the bright WWE spotlight. We were even reunited with familiar faces from the past like Brian Kendrick and Tajiri; proud competitors looking to recapture past days of glory and adoration.

Like any good story the Cruiserweight Classic was ripe with gripping subplots sprinkled into the mix in precise doses; compelling footnotes carefully released round by round gradually increasing in both importance and intensity. In the opening round, upstart grapplers were commingled with established veterans; a chance for the main contenders to establish themselves with the audience while still allowing for upset angles to create realistic drama.

The first round culminated with a storyline rooted in NXT (an effective branding strategy prior to TakeOver: Brooklyn II) when tag team partners Johnny Gargano and Tommaso Ciampa squared off for the last available slot in the next round; a classic pro wrestling motif often accompanied with a swerving heel turn. After a physical and emotional match there was no heel turn nor was there an over the top display of unity; just two partners, sitting next to each other in the ring exhausted from beating the hell out of one another, one victorious and one defeated. The swerve was that there was no swerve at all; a subtle yet unmistakable message to the audience – this will not be like anything else you have ever seen under the WWE banner.

As the unique story of the Cruiserweight Classic progressed it was eloquently framed by a soundtrack as equally unprecedented as the story of the tournament itself. An unapologetic recognition of a world beyond the WWE universe was colorfully described by Mauro Ranallo making reference to promotions like CMLL, whose 83 years of business actually exceeds WWE’s linear history as the oldest running promotion in the world, New Japan Pro Wrestling and even Dragon Gate.

Likewise, Daniel Bryan spoke of many competitors and their strategies on a personal level based on real world relationships and glaring parallels between their journey and the journey taken during his own storied career. Interpersonal themes and not exaggerated sports entertainment clichés ruled the day, allowing for a gripping human experience; hyperbolic rhetoric describing unsullied babyfaces or cowardly heels was noticeably absent. The psychology of the Cruiserweight Classic established a world of its own, protected by an impenetrable barricade of reality and basic human emotion. Viewers tuning into the WWE Network each week were propelled into an alternate universe; like a virtual reality environment, the fiction was presented in such a way that made it impossible for distractions from the known universe to interfere.

Competition shifted upward in the second round as challengers more equal in stature were forced to square off against one another, highlighted by the amazing match between Ibushi and Alexander; a contest that will certainly contend for Match of the Year honors in the coming months. The intensity cranked up yet again in the quarterfinals; Kendrick’s shot at redemption, Dar’s chance to upstage a familiar nemesis and Swann’s dynamic offensive attack all met their demise as predicting a winner (or a favorite) became exponentially more difficult.

Wednesday’s two-hour finale, in which the semi-finals and finals were conducted live, successfully elevated the tournament to yet another level as the story reached its’ natural zenith. A hybrid luchador, with the grace to effortlessly fly through the air and the tenacity to blend lucha libre and strong style, outlasted a fluid submission specialist, with poise and a polished confidence beyond his years; an indie darling once believed to be among the odds on favorites.

Conversely, Perkins portrayed the role of an underdog like few WWE underdogs have ever been presented in his semi-final match against Ibushi.

Underdogs in WWE are traditionally cast in one of three stereotypical roles that have become staples of the promotion’s creative offerings for over two decades: lovable losers (Bayley), frustrated failures seeking to find that which can make them whole again (Dolph Ziggler) or clueless fools who win on occasion, but only by accident (Darren Young).

Perkins’ underdog journey was less focused on who he was (or more importantly who he wasn’t) and more focused on the caliber of competition he faced as he progressed through his bracket. A win over a protected NXT talent like, Gargano and the more charismatic, Swann stunned the live crowds certain the outcomes would be different. His clash with Ibushi capitalized on the former NJPW star’s cache before being propelled to the finals in strong fashion over an equally impressive Gran Metalik. Over the course of these upsets Perkins demonstrated a strong presence in the ring; he dealt just as much as he received and he did so while projecting a subtle confidence akin to Tom Brady in 2001 – he already knew he was the best even if the rest of the world hadn’t joined the party yet. As Perkins locked in the knee bar both Metalik and the viewing audience was forced to concede; Perkins wasn’t an underdog at all, but a talented competitor comfortable lying in wait amidst the vast shadows of more recognizable talent.

After months of curious anticipation the Cruiserweight Classic has reached the finish line; the story is over. The brackets have been filled and the Cruiserweight Division is set to debut next Monday on RAW; (mix red with blue and you get purple, could the division be heading to both brands????). Weeks of vigilant booking, well-placed story arches, compelling character development, incredible displays of athletic prowess and in-ring psychology are now entrusted to the puppeteers to be used as the prologue to the next story; such is the wrestling business.

As one story inevitably transforms into another we can reflect and appreciate the ones that speak to us on some level; good stories, funny stories, great stories, awesomely bad stories even. Amidst the revolving door of pedestrian tales are a select group of important legends; stories that become ingrained in the WWE’s canon forever; The War to Settle the Score; The Irresistible Force Meeting the Immovable Object; The Mega Powers Explode; the rattlesnake with attitude and the malevolent chairman; The Heartbreak Kid and The Nature Boy. These are stories that do not just fade away into obscurity, but rather stand the test of time while serving as critical markers throughout history; stories so brilliant in design, so seamless in execution that we can’t help but place them on a pedestal.

In my eyes the story of the Cruiserweight Classic earned a place on that pedestal and there it shall rest in perpetuity, perfectly preserved by the magic of the WWE Network forever.

Burning Spirits #39: A Leisurely Conversation About Wrestling in 2017 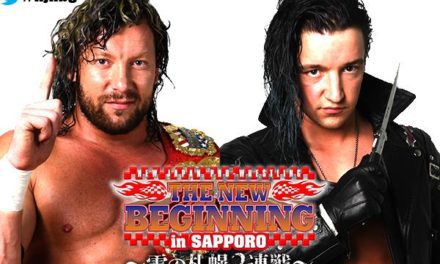