When it comes to the young cubs of Japanese pro wrestling, the learning curve can be steep and arduous for some, long and slow for others. Or, in the case of Takuya Nomura, the road is smooth with only a couple of rough patches.

Nomura is a natural. For having only been wrestling professionally since April, Nomura does a lot of the little things that take some guys years to figure out. Granted, he was trained by the masterful Hideki Suzuki and Kazuki Hashimoto, Nomura seems to have the proverbial “it”. He’s a confident striker, he understands the art of the transition, and his ground and counter work will only get crisper as his confidence level increases.

While he’s largely been relegated to the bottom of the Big Japan cards, Nomura will team with his trainer Suzuki for BJW’s annual Saikyou Tag League in the Strong division. He’ll also partake in ZERO1’s Tenka-Ichi Junior Heavyweight tournament, where he’ll gain some good experience working with the likes of Shinjiro Ohtani, Ikuto Hidaka, Fujita Jr. Hayato and Ultimo Dragon.

Of course, as Nomura continues to find his in-ring identity, the rough patches will become smoother, but for being a rookie in the truest sense, Nomura is already one of my favorite wrestlers to watch.

There aren’t a whole lot of back catalogue Nomura issues to choose from and each clock in at under 10 minutes but I’ve selected five of my favorite performances of the year so far, primarily focusing on his work against some of the more seasoned veterans. He’s also had an ongoing series with Tatsuhiko Yoshino of GUTS World — their 5/30 match is recommended for an ‘early’ Nomura glimpse and a gnarly backbreaker spot.

The teacher-student tango, with Suzuki playing more defense and allowing Nomura to display some of that innate fire and intensity. As usual, Suzuki is slick as cat shit in his execution, showing off some great counters and control. When he encourages Nomura to work the mat with him, Nomura responds with a leaping stomp. At one point, Nomura gets caught in a kneebar and tries to slap his way out of it. He counters a European uppercut with an armbar takedown and does a good job of staying on top of his teacher, going back to the arm after Suzuki kicks out of a PK. After wearing Nomura down with a killer crab hold, Suzuki hits a big backbreaker for the win.

Despite losing this match, Nomura comes away looking strong, having survived Maruyama’s brainbuster. Here, we get a little more of Nomura’s counters and takedowns. He slyly turns an armbar attempt into a modified cloverleaf hold and later, he’s able to take Maruyama to the mat with a reverse armbar. Nomura’s kicks look and sound solid but ultimately, Maruyama has him scouted out, catching his foot and transitioning into an ankle hold. When that doesn’t do the trick, he kicks Nomura in the back of the head and drops him with the brainbuster, following up with a wicked Tajiri-style buzzsaw kick to the side of the head to keep the rookie down for good.

In his follow-up match with Suzuki, Nomura is much more confident and a constant thorn in Suzuki’s side. He doesn’t let up, persistently slipping through Suzuki’s fingers, who again, works more of a cautious defensive style. Nomura’s spunk is refreshing. He hard slaps his way out of a leglock and smoothly gets to a front neck chancery on Suzuki. His backslide counter to the European uppercut looked like a million bucks. After firing off some offense, Nomura survives the backbreaker that first downed him, but after Suzuki wears him out with crab holds, Nomura falls victim to the big bad double arm suplex.

AJPW’s rookie platform, AJ PHOENIX, sees Nomura up against the All Japan ace and reigning Triple Crown champion, Kento Miyahara. Nomura gets the jump on the champ, slugging away at him with elbows in the corner to the point where Miyahara just no sells them because…well, he’s the ace. Nomura is able to knock the champ out of the ring with a big boot and connects with the apron PK. Great intensity from Nomura as he pounds Miyahara with elbows on the floor and lands a couple of no sold shoot headbutts. Even when Miyahara fires off a hard elbow of his own, Nomura won’t back down, coming right back on the offensive until the champ has to scoop slam Nomura onto the floor to put a stop to the attack. Nomura gets in plenty of offense and stiff shots, including a second PK, but Miyahara does a good job of working in the single leg crab, making that his bread and butter for the match. The third time’s the charm and in the end, Nomura has no choice but to submit.

Nomura trades hard shots his other trainer, newly returned from injury. You can see where Nomura gets some of his spunk as Hashimoto doesn’t hold back with the strikes, salting the wounds a bit with some face kicks and slaps. Nomura takes control with some good opening groundwork before they start popping off kicks to the back. After Nomura escapes a dragon sleeper, Hashimoto condescendingly smacks him in the face and Nomura fires right back with some hard slaps of his own. Nomura goes after the arm, taking Hashimoto down with the reverse armbar and turning over into the cross armbreaker. Even the arm control on the irish whip is well-executed. Hashimoto blasts him with a shotgun PK and although Nomura gets off one good leg-catch slap on his teacher, Hash plants him with the Complete Shot before quickly submitting him.

It’s scary how good Nomura already is for having such little in-ring experience, and his involvement in a couple of tournaments with a wide-range of talent is really going to help round out his individuality as a wrestler. This is a topic I would love to revisit following his one year anniversary in April to track his progression but at the rate he’s going, 2017 could be Nomura’s year. 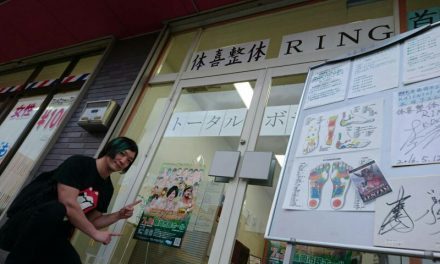