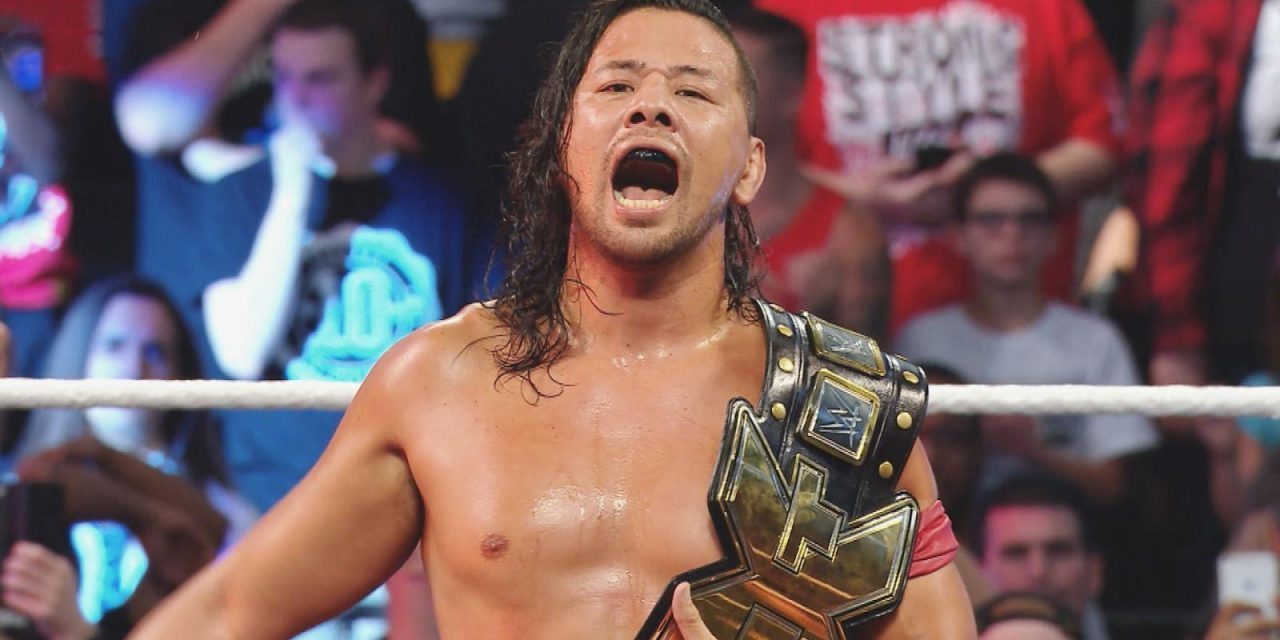 Actually, that’s it. Just me.

No Way Jose vs. Austin Aries

No Way Jose’s theme music, unlike his gimmick, is tremendous in arenas. Say what you will about the deterioration of NXT in 2016, but the theme music on the developmental circuit is tremendous. I don’t know if the crowd was just excited for NXT TakeOver: Brooklyn II to take off or they’re still excited Austin Aries is in NXT or Aries is still a face despite all his dastardly deeds. Both Jose and Aries got big pops to start this off.

To Jose’s credit, he toned down the dancing stuff a ton. He’ll still do a salsa step before a knee drop, but he looked like a legitimate wrestler – someone who was there for a purpose, not a party. And he throws a really nice right punch. Jose got the drop on Aries early, but the disgust that Aries laid his offense in with told a clear story. The match itself was a surprising delight. I think I actually enjoyed this more than I did Aries’ match with Shinsuke Nakamura at Takeover: The End, though that might’ve been because this over-delivered while I think Aries-Nak under-delivered. Jose pulled out a TKO and Falcon Arrow in trying to put Aries away, but the veteran’s savvy proved too much. Aries threw a ton of creative offense and brutal single-leg corner dropkicks at Jose before finally being able to put Jose away with the Last Chancery. ***½

The emergence of a (very dapper looking, #BestDressed) Hideo Itami to make the save when Aries reapplied the Last Chancery after the match sets up a program I didn’t know I was excited to see, and if anyone could pull out the Itami we expected to see when he first arrived, it’s Nakamura. Second to Nak, though, it would have to be Aries.

Having not seen a full Ember Moon match prior to this, but being fully aware of the potential, I was looking forward to her debut. NXT sometimes does this in hyped debuts (Apollo Crews springs to mind) where the debuting star doesn’t get a ton of offense in before scoring an emphatic finish. This was pretty much that.

Billie Kay got the vast majority of the offense in before Moon hit the spectacular and yet-to-be-renamed-but-definitely-will-be-renamed O-Face. Kind of a nothing match, a showcase for a single finishing move. **¼

Remember when we were chatting about theme music a little earlier? Goddamn is this song over, and Bobby Roode’s entrance is absolutely everything that Bad News Barrett’s entrance should’ve been. Where NXT is deteriorating in midcard storytelling it is “Cien” percent excelling in production values. Truly “Glorious.” Poor Andrade Almas never stood a chance – just the image of him completely deflated a 15,000 person arena and you could see it on his face.

We DARE you to try and describe this entrance as anything other than #GLORIOUS! @REALBobbyRoode #NXTTakeOver https://t.co/ojuncTVLGn

These guys were existing in completely different universes. Roode was basking in the adoration and his work was pumped up because of it. Almas, on the other hand, started the match like he was stuck on the second hour of Raw wrestling Sheamus for the tenth consecutive week.

The real problem however has been the disconnect between Almas and reality. Having these two in the ring together is actually a perfect comparison. Their characters are actually strikingly similar: cocky playboys. Roode, though, has earned his accolades, partially through good fortune in the form of a theme that has absolutely caught fire, but he also comes with a history. Almas had a bland debut with a character that seemed like a less-enthused No Way Jose. The next week his gimmick was “generically handsome.” No surprise that hasn’t caught on.

Almas’ work started to catch tonight. He was crisp, intense and had meaning for once. He needs an edge though. Take this lack of reaction personally and turn on the gimmick-loving NXT crowds who gave him nothing. The loss to Roode via Glorious Bomb is a good opportunity for Almas to salvage his debut in the coming weeks. If you could combine Almas’ work with Roode’s connection there wouldn’t be a problem for either guy; instead, you have a boring character losing to a boring wrestler. Still, they each brought a part of the match and saved made it satisfactory. ***

Following this match all I could hope for Asuka, Bayley, Joe and Shinsuke was good luck.

It’s fair to say that this match met about 95 percent of my ridiculously lofty expectations. I’ve been on the NXT tag team train for ages now, and on board with the Johnny Gargano-Tommaso Ciampa duo since their match with American Alpha almost a year ago. What hasn’t been covered enough, though, is how The Revival can pull out completely different matches every time they’re called upon in a big spot. They ALWAYS deliver, always, and it always feels organic.

The near falls, the pace, The Revival riding the lines of the rules…all of it was just as it should be. It never reached the manic pace that Gargano and Ciampa can sometimes take things, and that’s likely by design as the challengers met the champions at their pace. Kayfabe-ly, that was likely the difference. What will probably be forgotten is what a workhorse Ciampa was in this match. Gargano gets the majority of the headlines, but if you look at their CWC match and tonight’s performance, Ciampa is having the best work of his career these past few months.

This was as good as any NXT crowd has been for a match outside of London. If I were to have a criticism it would be a clunky finish, but even that just went to show the controlled chaos in which The Revival thrive as a team as they knocked out Ciampa on the ringpost and took out Gargano’s knee to seal a win, and that this match won’t set itself apart from the wonderful history of big time NXT tag team matches, but instead be remembered as one of many. ****½

Bayley has turned into such a tremendous counter-puncher. Time and time again she goes into a bout overmatched, but she takes a beating and waits to pick her spots. This match, however, never reached the dramatic heights that many (myself included) expected. Getting “very good” when you expected “great” can feel like a disappointment, but this was still a very good match. We’re often spoiled by incredible rematches in NXT, but sometimes the best drama is in the first meeting.

The emotional crescendo in this match came when Bayley finally found the answer for the Asuka Lock. Let’s be honest, though: this match was an extended goodbye for the heart and soul of NXT. Bayley stood up to Asuka, unlocked the Asuka Lock and tightened that ponytail one more time in NXT before being knocked silly by an Asuka roundhouse.

While the match crescendoed when Bayley escaped the Asua Lock, the emotional highpoint of the entire night came with Bayley’s farewell.

The storytelling in this match was on point, it was only slightly let down by the work between the bells for me. ***3/4

What we got was…not quite that. Look, everything Nakamura does in NXT is going to be compared to his nearly-perfect debut against Sami Zayn at Takeover: Dallas. Overcoming that is a colossal task when the sample size is so small because Takeover specials are just every quarter. The first two-thirds of this match can only be considered plodding, however, and that’s unacceptable given the expectations surrounding both these two.

If they went all out from the bell that match could have been special.

TNA expert Garrett Kidney is right. The third act showed flashes of brilliance that we expected to carry the match, but the exhaustion didn’t feel earned given the level of what came before that third act. Nakamura getting the recognition he deserves in NXT is great, but he’s been in the company for six months and already feels like a whale in a home aquarium. He’s too big to be NXT champion – and that certainly isn’t a knock to the NXT Championship. ***1/2

#KINSHASA x 2!!! We have a NEW @WWENXT Champion!!
Congratulations to @ShinsukeN!! #NXTTakeOver pic.twitter.com/vuIp5cwx37

NXT Takeover: Brooklyn II was thought to be a show of the year contender going into tonight and the bottom of the card more than held up their end of the bargain and peaked with the NXT Tag Team Championship match. The top of the card failed to reach the heights that were expected, though, and even the new crowning of the King of NXT wasn’t able bring it back up. 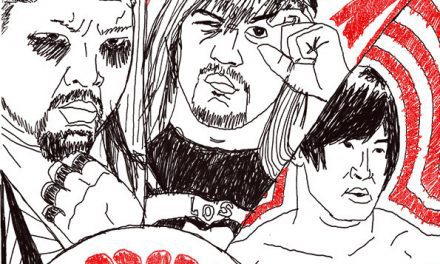 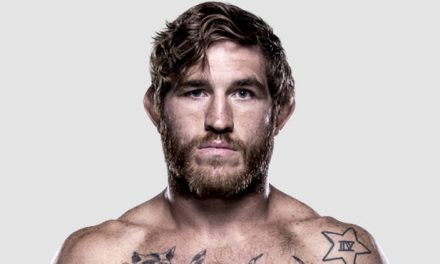