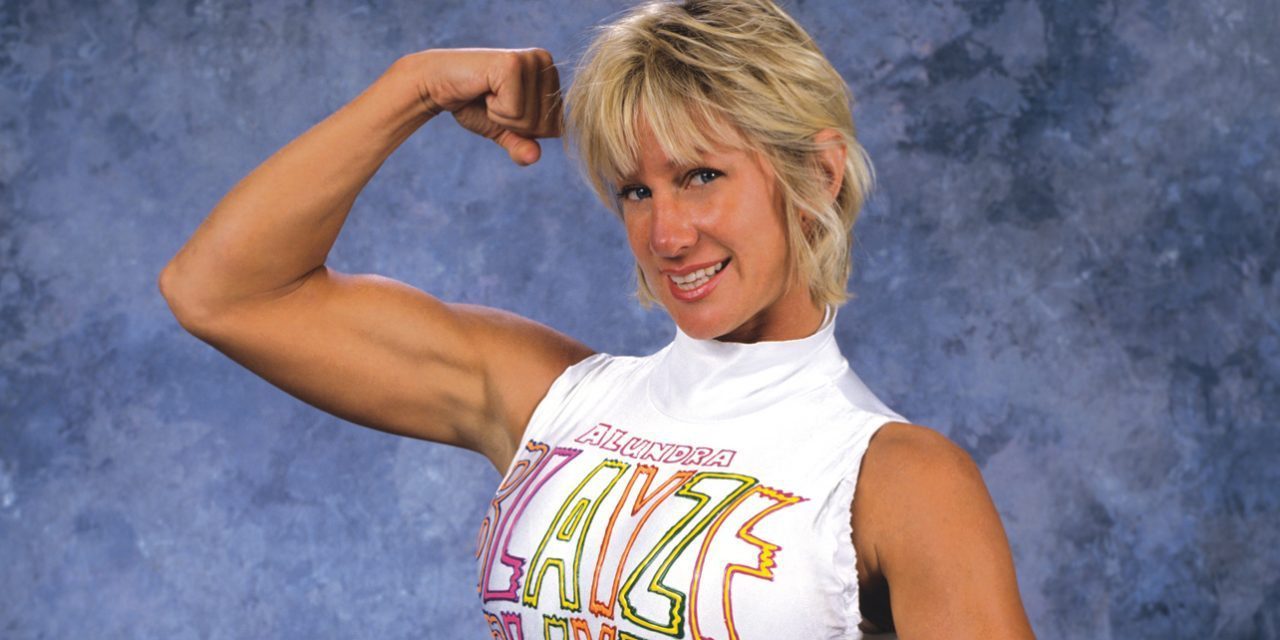 No column next week, you’re on your own. Stay safe out there.

The podcast week in review, brought to you by Loot Crate (or our Amazon and WWEShop affiliate links).

Jim Cornette Experience #141 (8/13/16): Jim fights through a sore throat to talk about his upcoming PPV announcing gig in the UK, more on Brock Lesnar, and answer some reader questions. I appreciate not taking a week off, but there’s really not a ton here and Brian seems out of it during most of the show. THUMBS DOWN

The Tiki Bar #7 (8/6/16): Tama Tonga, Tanga Roa, and Bad Luck Fale all chill in a hotel room in between G1 shows (the night before Tonga and Fale had their match too). They talk about the tour, how Roa felt about not being included, Fale’s show in New Zealand, the success of their former stable mates, and more. This one came close to capturing the vibe of old Talk n’ Shop, but didn’t have the anarchic humor of the best of those shows. THUMBS IN THE MIDDLE

VIP Lounge (8/14/16): Longtime Lounge listeners know about MVP’s appreciation for the independent promotion Hoodslam, so for this episode he and Alex are joined by Broseph Joe Brody and The Dark Sheik. They talk about the promotion’s origins, crazy gimmicks like Drugs Bunny and Pooh Jack, playing to an audience of non-wrestling fans, their streaming service, possible expansion, and more. Some interesting insight into a successful independent, but the whole show goes too long and I was zoning out by the end. THUMBS IN THE MIDDLE

Eastern Lariat #27 (8/14/16): Well, actually, not an Eastern Lariat technically, as Strigga is off in the German wilderness. So it’s up to Dylan to recap the G1 all by himself, running over the last several shows, the finals, and giving thoughts on overall performers and future directions, along with some personal thoughts at the end. Solo shows are notoriously hard to pull off, but this was an enjoyable recap of a great tournament. THUMBS UP

The Card is Going To Change #11 (8/15/16): The theme of this episode is getting AIW booked at outside ventures stemming from the company’s recent engagement at the Warped Tour. This episode is one of the weaker ones but still worth hearing if for nothing else than John Thorne’s random and drunken return to the ring. THUMBS UP

Steve Austin Show #351 (8/16/16): This is just the audio of the Dean Ambrose podcast from the WWE Network, and remains a weird and awkward interview without visuals. Austin recorded a new wraparound but doesn’t address the interview at all, if he felt frustrated, etc, instead choosing to talk about his vacation. THUMBS IN THE MIDDLE

MLW Radio #240 (8/16/16): Court is still on holiday, so Alex Greenfield pinch hits to help MSL run down the news. They discuss the idea of Live Nation getting into the wrestling business, Bill Corgan taking over TNA, Brock Lesnar vs. Goldberg, Damien Sandow, WWE segments in front of the crowd vs. backstage, and more. OK discussion at points but overall fairly forgettable. THUMBS IN THE MIDDLE

The Ross Report #131 (8/16/16): Another doubleshot this week, as first Taz is up to briefly talk Summerslam and his radio show. Up next is Moose, and not surprisingly he and JR talk about football for a long time. Thankfully, they transition into wrestling, discussing Moose’s time in Ring of Honor, signing with TNA, and if he’d ever go to the WWE. Moose is an OK guest but there aren’t any great revelations or stories to be found here. [Taz’s interview starts at 2:12, Moose’s interview starts at 28:20] THUMBS IN THE MIDDLE

Talk is Jericho #274 (8/17/16): Team Tiger Awesome is back again to discuss who’s hot and who’s not. They spend the whole show discussing the hotness of various men, women, and Airwolf, and then draft various hotness teams. I guess we can credit them for not being sexist and spending as much time on men (if not more) than they do on the ladies, but points deducted for producing an unfunny garbage show. TTA is getting their own show on the Jericho Network and this is a terrible stealth pilot. [Team Tiger Awesome’s interview starts at 4:42] THUMBS DOWN

Bischoff on Wrestling #4 (8/17/16): Eric and Nick talk about talent development, the loss of the territories, and a Summerslam preview in a lengthy intro. Then Eric is joined by Madusa to chat about being an army wife, getting into wrestling, and meeting Eric in the AWA. The interview is only 18 minutes long and they actually cut Madusa off mid-sentence. OK show, but a much better Madusa interview aired this week. [Madusa’ interview starts at 38:53] THUMBS IN THE MIDDLE

Ric Flair Show #6 (8/17/16): Ric and Conrad welcome Ric’s old tag partner Greg “The Hammer” Valentine. The whole show is just the two reminiscing about the old days in Mid Atlantic Wrestling, being in the ring with Blackjack Mulligan and Wahoo McDaniel, partying, ribs, nonstop travel, and a lot more. Some fans might be disappointed there’s zero WWF talk, but the stories here make the territories sound like the best time ever to be in wrestling. [Valentine’s interview starts at 17:42] THUMBS UP

Keepin’ it 100 #7 (8/17/16): Konnan and crew are joined by Brian Cage (talking skateboarding and video games), Kevin Kleinrock (the Lucha Minute), Eric Bischoff (more on Conor McGregor), Shane Helms (squash matches), and finally Scott D’Amore pranks Juventud Guerrera by pretending to be Raven and Vince Russo, leading to a rebuttal from the actual Vince Russo. I give this show credit for creating something different, and while it can be a lot packed into an hour, it really has an energy most shows can’t match. THUMBS UP

Art of Wrestling #313 (8/18/16): Another live show from Edinburgh, talking to Kid Fite (about having his member come out in a match), Ari Shaffar (hanging out with Roddy Piper and the Iron Sheik), John Robertson (the Vader/Will Osperay match), and Chris Renfrew (accidentally being the impetus behind the Art of Wrestling). Renfrew’s story is really quite funny, but this is the usual mixed bag. THUMBS IN THE MIDDLE

The Steve Austin Show – Unleashed! #352 (8/18/16): Mark Bell of Super Training Gym makes another appearance. The show starts out fairly uninteresting with talk of Bell’s quest for a 600 lb bench press and weight training, but picks up with Bell’s thoughts on performance enhancing drugs in today’s sports world (there’s also a weird digression into guns). Some interesting bits keep this one completely out of the tank, but it’s nothing special unless weight lifting is really your thing. THUMBS IN THE MIDDLE

Jim Cornette Experience #142 (8/18/16): Jim and Brian try to sort out TNA and talk Jim’s upcoming announcing gig with JR. Then they’re joined by Madusa Miceli/Alundra Blayze to discuss her various careers, including raising wolves, working with the Fabulous Moolah, her early days in the business, getting into the AWA to wrestle Sheri Martel, going to Japan, her lost Playboy shoot, getting ripped off by her management team, getting into the WWF, the Alundra Blayze name, throwing the belt in the trash on Nitro, driving monster trucks, going into the Hall of Fame, and more. Madausa is a whirlwind on this show and even overpowers Jim at points. [Madusa’s interview starts at 23:52] THUMBS UP & BEST OF THE WEEK

Talk is Jericho #275 (8/19/16): Finn Balor makes his return to TiJ. Picking up where they left off, he and Jericho discuss finding out he was getting called up, thoughts on his tenure in NXT, getting drafted to Raw, the original plans that got changed at the last minute, getting painted up as the Demon, and a lot more. Finn remains a delight and you get a lot of insight into coming up to the main roster. Jericho also interview’s his son Ash and Ash’s friend Julian about going to their first KISS concert. [Ash & Julian’s interview starts at 2:08, Balor’s interview starts at 18:24] THUMBS UP

MSL & Sullivan Show (8/19/16): Kevin and MSL talk about the current level of violence in wrestling, CM Punk in fighting, Heath Slater: main eventer, Albert Del Rio’s failed drug test, and more Conor McGregor trash talk. Then it’s a review of the 11/18/96 Nitro and an interesting story on Roddy Piper never winning a world title. Things wrap up with a mailbag including the scoop that Jimmy Garvin was going to win the world title but had the gout, so it went to Ronnie Garvin instead. Good stuff. [The Nitro review starts at 29:50] THUMBS UP

Something to Wrestle With #3 (8/19/16): The Lex Express is the theme of this show, as Bruce and Conrad detail the beginning the saga of Lex Luger’s failed WWF title run, from his signing, the Narcissist gimmick, the babyface turn on July 4th, the bus tour, the SummerSlam match, WrestleMania X, and Luger’s jump back to WCW. As usual, Conrad does a good job guiding the conversation, and the tangents make up some of the best parts of the show. THUMBS UP

Voices of Wrestling (8/19/16): Rich and Joe are recap the G1 Climax finals and preview the enormous SummerSlam weekend. 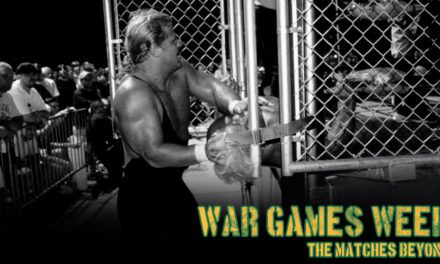 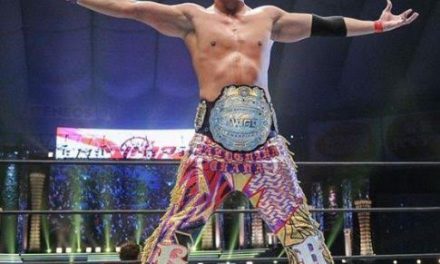