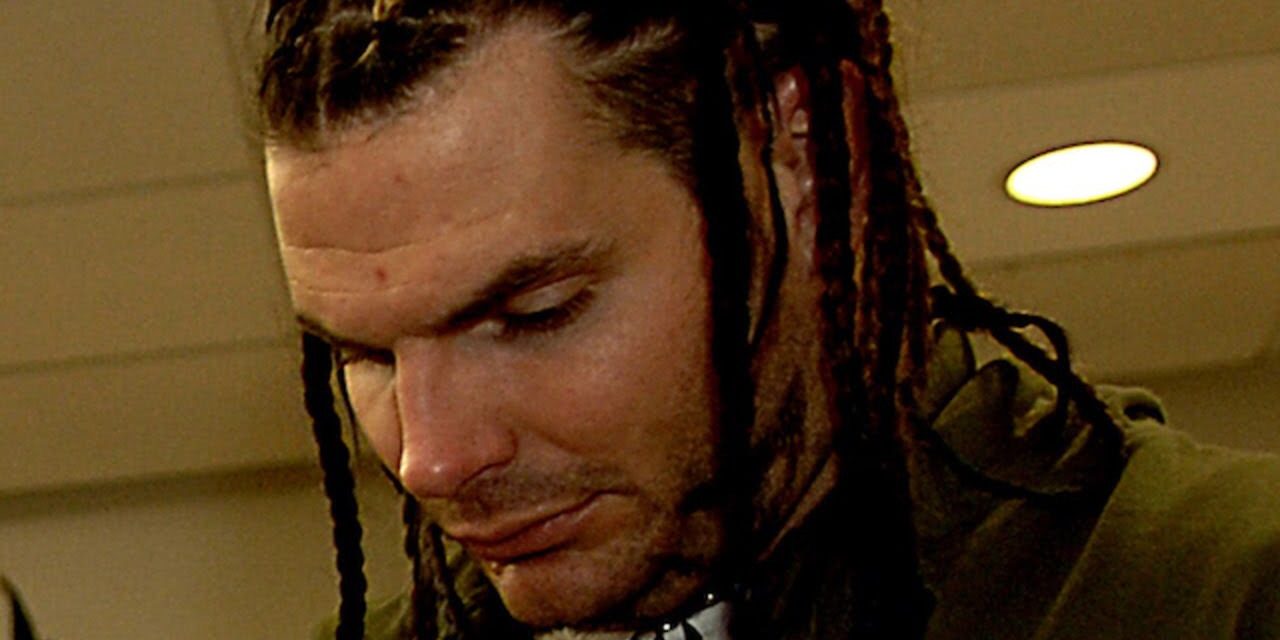 Fresh off losing his King of the Mountain championship to king of all men Bobby Lashley last week, James Storm opened the show. Storm was upset that Brian Hebner blew the call last week (when he was late to counting a pin after Storm hit Lashley with the Last Call). Hebner denied making an error before new TNA President Billy Corgan made his way to the ring. Storm demanded a title rematch but Corgan questioned whether Storm can win the big one. Storm grabbed a hammer and said he built TNA and he will tear the company apart. As security arrived Storm talked about how AJ Styles and Bobby Roode left but he stayed because he cares about TNA. Storm then smashed a member of security with a beer bottle. Corgan suspended Storm indefinitely. Storm announced at last nights TNA tapings that he was done with the company again, but considering this segment that certainly sets off angle alerts. Storm was good here (even if as a general rule I’d avoid pointing out when people have left TNA for greener pastures) but there’s only so much interest one can have in another authority figure feud.

Pope was upset that Mike Bennett was at ringside because he didn’t have a managerial license. Josh Mathews sounds about as enthusiastic at times as somebody on the night shift of one of those 24 hour charity telethons. Moose powerbombed Edwards on the apron and took control. Moose looked for a huge crossbody off the top but Edwards caught him with dropkick. Edwards hit the Boston Knee Party but Bennett distracted the referee. Moose connected with a pop up clothesline but Edwards kicked out. Edwards took out Bennett with a dive but Moose connected with the Go To Hell (a Sky High) for the win. Solid TV match but not really striving to be much else. It felt like there was more these two these could do in a different setting. **3/4

Both ladies exchanged chops in the corner before Jade took over with strikes. Kim hit a 619 around the ringpost but Jade caught Kim on a springboard crossbody attempt and followed with a gutbuster on the floor. Things got a tad messy at the end before Sienna interfered handing Kim the disqualification win. Bar a bit of clumsiness at the end (and the finish) this was good fun. Like the last match it felt like these two had more in them. Despite winning by DQ Maria declared Kim’s quest for a title shot a failure. **1/2

Only DJ Z got an entrance. Everybody picked on Spud before Andrews and DJ Z took to the air. DJ Z made multiple attempts at his ZDT (a rolling DDT) but was repeatedly cut off. Spud tried to maim Sutter but DJ Z cut him off and hit the ZDT on both Andrews and Sutter soon after, pinning Andrews for the win. DJ Z, Andrews, Everett, Lee and Edwards could form the basis of a very strong X-Division if given the opportunity – DJ Z could form the perfect anchor to build that division around. The more story heavy elements of the Spud/Sutter part of this match didn’t really gel with the general X-Division formula but this was solid enough. **1/2

EC3 was in the ring to answer Drew Galloway’s challenge of a match for the Bound For Glory World title shot. Galloway ran down the three separate times EC3 cost him the TNA title. EC3 accepted the challenge before the Aron Rex (the former Damien Sandow) made his way to the ring. Rex put over TNA before he injected himself into EC3 and Galloway’s business. Rex wanted to make sure there’d be a clear cut winner so he’ll be the special referee for the Galloway vs. EC3 made that will take place next week.

I really like this EC3/Galloway story. Drew isn’t an irrational crazy person. He has been screwed a number of times. He has a legitimate grievance. But from the audience perspective EC3 isn’t the bad guy. It’s been made clear that he was acting in good faith each time. It’s that kind of nuance and clear motivations that lends itself to strong characters. They are believably responding the the circumstances they face. And those circumstances go on to form their next move. It’s really smart work.

Eli Drake was upset that he wasn’t on Impact last week and that he didn’t get a title rematch vs. James Storm (which included a wonderful James Storm impression). Drake suggested that Bobby Lashley lacked the sufficient man parts to adequately stand up to his challenge. Mahabali Shera interrupted Drake and challenged him to a match.

Drake beat Shera with the Blunt Force Trauma. Shera has improved over the last year. He’s not even close to being good, and he’s still occasionally pretty terrible but he’s closer to being competent than he ever has been. But he’s not there yet. And that’s certainly something I suppose. *

Bobby Lashley made his entrance to make a big announcement. Lashley enlisted two men to assist him in holding his many championships. Lashley called Dixie Carter and Billy Corgan to the ring and suggested that all three belts be unified into a single championship. Corgan and Carter vetoed that so Lashley just dumped the X-Division and KotM title, declaring them meaningless. Corgan booked a number one contenders battle royal to determine the last challenger for Lashley’s championship before EC3 gets his shot at Bound For Glory for next week.

I don’t care about the King of the Mountain title. Nobody places any value in that belt. It’s somehow a weird relic of multiple eras at once. Lashley can treat that belt like trash all he wants. But it really irks me to see the X-Division title being disrespected. While they did at least have Lashley respect the X-title a little more than the KotM title, it still felt like a toy he didn’t want anymore. The X-Division has had a hard enough time lately being treated as an utter afterthought but to see the belt disrespected is really disappointing. That belt has a serious history and legacy and that is repeatedly treated like it means nothing. That title should mean something. TNA talks over and over about how the X-Division laid the foundations for TNA, and that is the case, but their actions never meets the rhetoric. The division has always been the heart of the company, it’s pulse, and there is no reason why it still shouldn’t be. The talent is there. It’s just a matter of opportunity, application and execution.

This was to determine the number one contenders to Decay’s World tag team championships. Jeff Hardy has finally accepted his obsolete status and he is now broken – he has become Brother Nero. He wears a coat similar to Matt’s and his eyes roll into the back of his head. There is also some drooling involved. Earlier in the show Matt declared ladders obsolete in a ladder match. That doesn’t seem like a strategy conducive to winning a ladder match. Matt was deleting the ladders at ringside. The match began with a lot of indiscriminate brawling and Brother Nero taking silly bumps. Matt started biting everything and everyone in sight. Lee hit a big powerbomb on Godderz on a ladder. Matt hit a Side Effect on Lee on the side of a ladder. Jeff rode a ladder to take out Everett before Matt placed the ladder over Jeff’s crumpled body and grabbed the contract to score the win. Slow to start this picked up a little toward the end. Too much bland Tribunal (who continue to show absolutely no spark whatsoever) doing nothing, and obviously a little Hardys lunacy thrown in for good measure. More than anything it left me wanting a straight forward Hardys vs. Everett and Lee match. **1/2