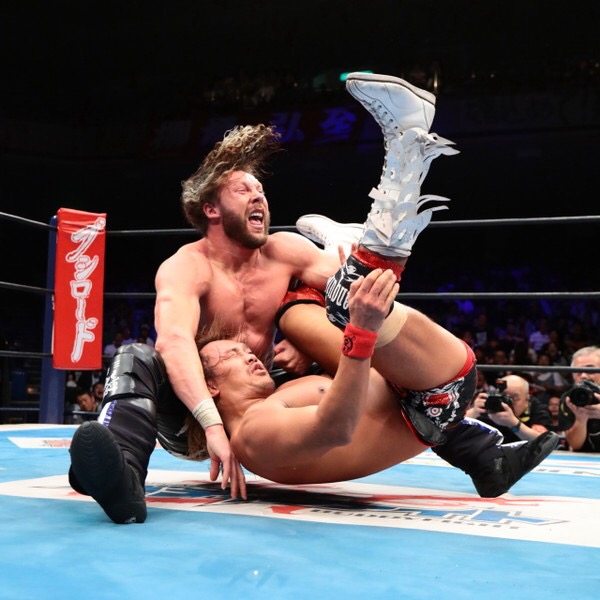 I’ve just returned home from my second of three G1 Climax 26 shows. My first show was Night 4, the second night at Korakuen. As both shows I attended were B block nights, I thought it would be interesting to follow-up on my last article by commenting on the same three guys I talked about earlier in the tour.

The view from our seats. pic.twitter.com/SOu6QVhsOv

Elgin has been putting in memorable performances since I last saw him against Naito on Night 4. However, tonight was a drastically different setting. On Night 4, Naito had all of Korakuen’s support. Tonight, Elgin had everyone in Ryogoku behind him. I questioned having the Elgin/Nakajima match in the semi-main spot. However, this performance was more than worthy of that spot. On nearly any other night it would have been worthy of the main event. If last year’s G1 was Elgin’s introduction to New Japan, this year was his evolution into one of the company’s top tier talents. It’s amazing how far he has come from floundering in ROH.

The tour-long story of Katsuhiko’s evolution came to a climax tonight. The cockiness that fueled him on Night 4 has been worn away. Nakajima displayed more and more respect to his opponents as the tour progressed. Ryogoku reciprocated with respect tonight; almost as if the NJPW fans did not accept him until he got the pinfall on Night 18 and bowed to Elgin. Was tonight’s match the final act in Katsuhiko’s audition for NJPW? He may return to NJPW from time to time, but I believe Nakajima is headed towards a GHC title win over Takashi Sugiura.

Until tonight I called Zack Sabre Jr. versus Roderick Strong from EVOLVE 45 the best match I’d ever seen live. Until tonight, that is. Kenny Omega delivered a breathtaking performance tonight: his selling of the knee throughout the match, his offense targeted towards Naito’s neck, the incredible ringside spots that gave me weird pseudo-nostalgic visions of Kenny mixing it up with prime RVD and Jerry Lynn in the ECW Arena. On Night 4 Kenny showed his comedy chops, tonight he reminded us that he can be one of the best workers on earth. I don’t mean to short change Naito’s performance. Ryogoku’s favorite son contributed equally to the match. Although the crowd still strongly backed Naito by the closing stretch, more and more fans cheered Kenny as the match progressed. Kenny called for the mic and the crowd was all in, hoping for the elusive Japanese promo. Not yet, and rightfully so. I hope Kenny stays in NJPW for years to come; tonight he showed his star potential.

I’ll be back at Ryogoku tomorrow night for the finals. 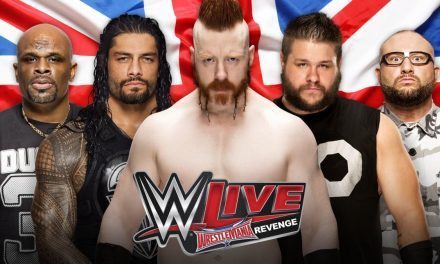