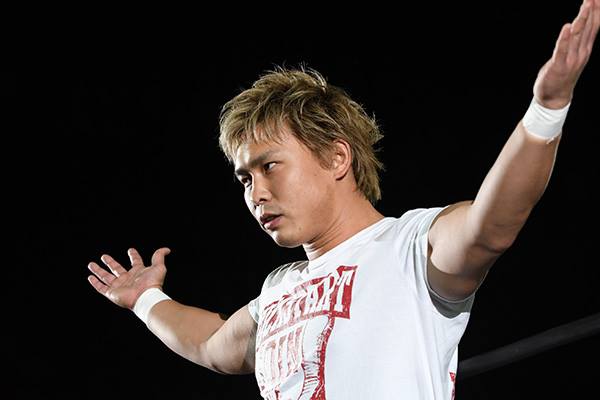 The B Block was in a very interesting situation going into Night 12. There was a six-way tie for first place, with Katsuhiko Nakajima, Yuji Nagata, YOSHI-HASHI, Michael Elgin, Kenny Omega, and Tetsuya Naito all having 6 Points and a 3-2 record. Despite being just below .500, Katsuyori Shibata, Toru Yano and Tomoaki Honma were all still in the hunt, while EVIL, languishing in last with a 1-4 record, needing a win to stave off elimination. Could anyone break from the pack to emerge as the leaders of the B Block, and could anyone below .500 start to mount a true comeback?

After getting off to an 0-3 start, Yano has suddenly come alive in the G1 Climax with three straight victories to get back to a .500 record. He achieved that by beating Yuji Nagata in one of the most unconventional ways possible. Channeling his inner-John Cena from Extreme Rules 2010, Yano got some tape and tied Nagata’s feet together. Instead of tying his opponent to the turnbuckle post (as Cena did in his Last Man Standing Match with Batista), Yano simply left Nagata outside the ring after tying his feet together, so Nagata was unable to get back in the ring, and thus Yano got the count out victory. The only thing that was really memorable about this was the finish. I know New Japan will occasionally do these count out finishes in the G1 to remind people that they could happen, but realistically, I don’t think anyone else other than Yano would actually pull something like this off. N/R

Both guys come into this match as part of a massive logjam tied for 1st place atop the B Block. These two had a surprisingly great match at the Finals of last year’s G1 Climax, and they were able to deliver once again with another exciting match! I never could have guessed in a hundred years that Michael Elgin & YOSHI-HASHI would have such amazing chemistry in the ring, but they’ve had two matches in the last year, and both were legitimately great. This one was a little slow at the start, but things really picked up in the second half. Much like YOSHI-HASHI’s match with EVIL from Night 8 (which I also reviewed for Voices of Wrestling), the crowd really added to this match in that second half, which some incredible reactions for some of the nearfalls. Elgin, in my opinion, continues to have a fantastic G1, and is right now my MVP of the B Block (for me, he’s only had one match thus far that’s been below four stars). As for YOSHI-HASHI, I think it’s safe to say that this G1 has been a coming-out party for him. He’s been so impressive thus far, and he still has two really big matches (against Naito & Shibata) ahead of him. Seeing what he’s been able to do makes me hope that New Japan actually does something with him once the tournament is over. ****

I’m honestly a little surprised that EVIL still has a poor record this deep into the tournament. While I never thought he actually had a chance to win the tournament, I would have thought that he’d be doing a little better at this point. Anyway, EVIL finally got back on the winning track here with a victory of Tomoaki Honma, which was his first win in the tournament since his upset win over Michael Elgin on Night 2 in Korakuen Hall. I thought this was a relatively good match. It was nowhere near the worst matches of the G1 thus far, but it’s far from being one of the best matches. A good match, but in the grand scheme of things, it’ll easily get lost. ***1/4

Now this was a match that I was REALLY looking forward to going into it. I actually got to see this match live as it happened at around 7:30 in the morning so, right before I had to go to work at my internship. At the time I saw the match, I thought it was pretty solid, but I was actually a little disappointed, so I decided to watch it again later (maybe I just too tired to really appreciate it). After a second viewing, my thoughts stayed the same. This was a pretty good match, but “great” is not a word I would use to describe this match. There was some cool stuff in here, and I think both guys definitely did a solid job here, but this just didn’t connect with me the same way that it did some other people. I’ve seen some call this a great match, but I just don’t think it was up to that level. Again, it was pretty good, but for me, it wasn’t great. For what I was expecting, this was actually a little disappointing. ***1/2

Before I leave Omega/Shibata, I should add that the fact that I called a match that was in the ***1/2 range “disappointing” just shows how awesome these two are as pro-wrestlers. I can’t stress that enough. Even when it’s not their best effort, it’s still very good.

These two are also part of that massive logjam of guys tied for 1st place coming into this match. I thought this was a great match to close out the show. They told a nice story in the first half of the match, with both men targeting the legs of their opponent at one point or another, before really picking up the pace in the second half. The crowd was very much into the match towards the end as well. Naito is another person in the B Block who’s been having a pretty great tournament thus far, while Nakajima continues to impress. Even though he’s a NOAH guy, I wouldn’t mind seeing Nakajima make some more appearances in New Japan. My only critique about this particular match would be that, at nearly twenty minutes, it went a little too long for my liking. I know it’s a main event, but I think it could have benefited if they shaved off just a few minutes. That’s just a minor complaint though. This match was still pretty great. ****

Aside from the Toru Yano vs. Yuji Nagata, this was a relatively solid night for the B Block. Michael Elgin vs. YOSHI-HASHI & Tetsuya Naito vs. Katsuhiko Nakajima were definitely the best matches of the night, and if you’re pressed for time, are the matches that are worth checking out. EVIL vs. Tomoaki Honma was good, but easily forgettable in a tournament where the standards are so high. Finally, while Omega vs. Shibata was pretty good, I just didn’t think it was a great match, and it that regard, it didn’t meet my expectations.

Independent Wrestling: Year in Review (PWP and Voices of Wrestling) 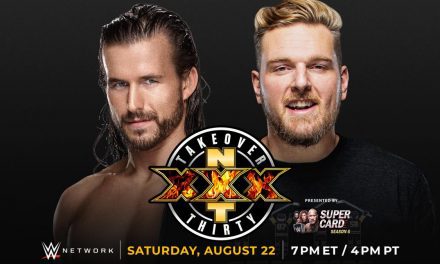