How “The Boss” Sasha Banks Became an Underdog 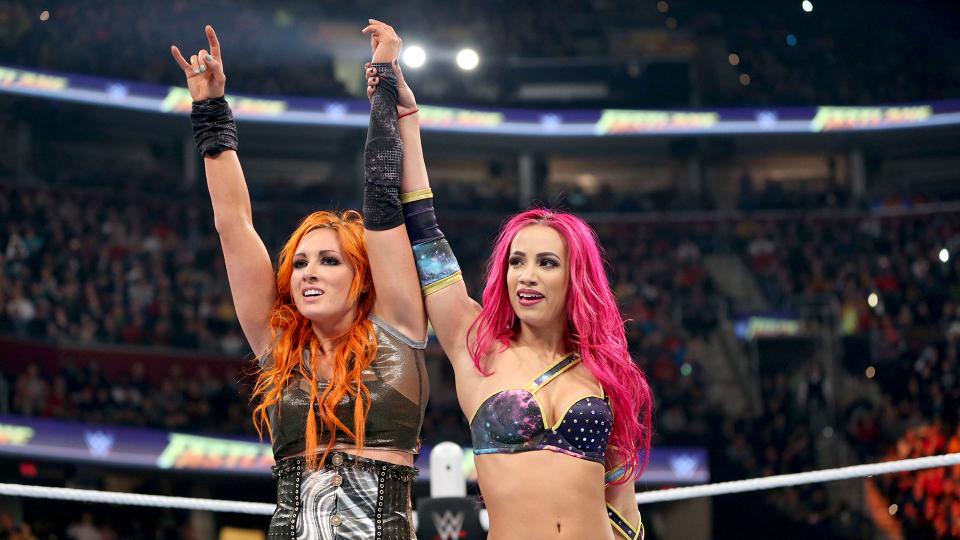 The WWE Women’s Championship rested comfortably on Sasha Banks’ shoulder as she absorbed the admiration of the audience in Atlanta, Georgia Monday night on RAW; her position as the top babyface of RAW’s Women’s Division (if not WWE’s entire female roster) now firmly cemented. Banks’ signature win dethroned Charlotte after 300 plus days as champion and was the culmination of a consistent and vociferous movement to exalt the popular NXT star since she first joined the main roster almost one year ago.

After suffering the negative effects of the numbers game for the better part of a month, Banks found herself a tag team partner, Bayley, to even the odds against Charlotte and Dana Brooke. Once the proverbial playing field was on even ground, Banks earned a resounding victory, which ultimately set the stage for last week’s unavoidable title confrontation. Unlike Bayley, Banks is not an improbable underdog character type; an unassuming straight-laced heroine with a heart of gold and an inspiring determination to never give up. Since her main roster call up Banks has been portrayed as a serious player; a blue chipper with enormous talent; a certain threat to whomever was in possession of the Women’s Championship when she came calling.

The newly crowned champion was afforded RAW’s valuable opening segment to address the WWE universe; a strong statement considering the proximity of a major event like SummerSlam and the storylines currently ahead of the women’s title on the card. Nevertheless, The Boss felt like she was exactly where she belonged; the Women’s title felt like it was exactly where it belonged.

At least until Charlotte interrupted the proceedings.

It should come as no surprise that the villain of the story categorized her loss as a mere fluke; a one in a million freak accident; a lucky break presented by pure circumstance – that’s what heels do, they make excuses and refuse to accept reality even when it’s staring them right in the face. What did come as a surprise, at least to me, was the manner in which Charlotte’s unfounded and inaccurate claim became reality within the course of just two television segments.

After a mixed tag team match was coordinated on the fly by RAW General Manager, Mick Foley (the result of the peripheral musings of Chris Jericho and Enzo Amore) Charlotte put herself in position to earn a pinfall victory over her rival. Suddenly Charlotte was no longer an out of touch heel with as many excuses as under-handed tactics; she was an alpha-female exhibiting dominance over a weaker opponent. Banks’ failure opened the door for Michael Cole and company to openly speculate about the credibility of her title win.

Within the course of 30 minutes Banks’ character experienced a dramatic metamorphosis. She started the show as a confident and brash boss with championship swagger (and the actual championship to back it up). She ended as a dejected underdog; an inferior talent, who had tasted the thrill of victory only to be served a double dose of the familiar agony of defeat; a blemished champion whose days were numbered. Perhaps it was a fluke after all?

The action in the ring and the precise manner in which it was framed by the broadcast team indicate that the underdog angle is the direction the story is headed as we march toward a rematch at Summer Slam, but why? A plausible catalyst for a rematch is already written into the story. As the former champion Charlotte is entitled to a rematch; the rematch clause is a well-established law of the WWE universe. True, but Charlotte needed to get her heat back. A fair point, but that goal could have been easily achieved without turning Banks into an underdog.

Charlotte is the self-proclaimed genetically superior female athlete of WWE. She’s obnoxious, sneaky and most definitely above the laws of the ring in her own mind. At the same time, she is incredibly talented and clearly one of the top talents of the Women’s Division; all the trappings for a compelling heel. Banks is an aggressive and focused competitor; one not above bending the rules herself. The audience has granted her its unwavering support. Throw in the contentious battle for the top prize of the division and you have the perfect build for a major event. Furthermore, charging Banks with the underdog role makes little sense based on previous chapters of the story.

Forgetting Banks’ role in NXT and focusing solely on her time on the main roster, she was but moments away from winning the title at WrestleMania 32, she forced Charlotte to tap out at Battleground and then did the same the following night when the title was on the line. When the odds are even, Banks clearly has Charlotte’s number. That doesn’t sound like an underdog to me. Manipulating Banks’ character at this late stage of the game could be categorized as over thinking the creative needed to sell the match; a classic case of fixing something that was never broken to begin with.

Psychology plays such a huge part in pro wrestling storytelling as many are so quick to point out. Believe it or not, established psychological science proves WWE is correct to transform Banks into an underdog, even if the unempirical art of booking may say otherwise.

Psychological academics have actually conducted significant research on the fascination with underdogs in multiple aspects of American culture including politics, athletics and fictional drama. While rooting for the underdog is inherently American to some degree (the formation of our very nation remains one of the most lopsided underdog stories in geo-political history) it goes well beyond a sense of subconscious patriotism, particularly in regards to athletics and fictional drama. Two conflicting research experiments actually uncovered the true psychological secrets regularly exploited by WWE.

In 1992, Indiana University professor, Edward Hirt, conducted a study that would become the basis for future psychological research as it relates to sports fans. Hirt compiled a subject group of 167 IU undergrads and asked them to watch a broadcast of a Hoosiers basketball game. After the game the subjects were asked to participate in a series of challenges; solving anagrams, attempting to hit targets with basketballs and rating their ability to get a date with members of the opposite sex. Prior to actually completing the challenges the subjects were asked to rate their chances of success for each task. Hirt’s research found that the confidence of the subjects could be manipulated based on the outcome of the basketball game they were shown beforehand. When the Hoosiers won, subjects were much more confident in their own abilities leading into the challenges. When the Hoosiers lost, subjects were more likely to lack self-confidence when describing their chances. The study proved a direct correlation between the emotional makeup of a fan based on the success or failure of the fan’s chosen rooting interest.

So if associating with winners makes us feel so good about ourselves, why are underdogs so compelling when, by pure definition they are losers more often than not? The answer was actually uncovered during an unrelated Bowling Green University study conducted around the same time as Hirt’s research. Researchers presented a hypothetical scenario to over 100 test subjects; Team A and Team B were going to face one another in a best-of-seven series. Team A was described as the team highly favored to win the series. When asked who they would root for, 81% of subjects said Team B, the underdog. Next, subjects were told that three games of the series had actually already been played and that Team B won all three. When the same subject group was asked if they wanted to see Team B complete the clean sweep, 50% of those who originally favored Team B inexplicably shifted their allegiance to Team A. Bowling Green researches uncovered an emotional freakonomic explanation for the significant change of heart exhibited by their test subjects; a hedonistic desire to maximize stimulation. Put plainly, fanatics are driven by a subconscious attraction to the most exciting outcome possible, whether it directly conflicts with their rooting interest or not.

If only there was a medium that could capture the competitive elements of real sports while able to manipulate the narrative to regularly maximize excitement….

The Boss was transformed into an underdog because we want her to be an underdog. Sure, it is a direct contradiction to the character we’ve known since her days in NXT, but the emotional portion of our brain (referred to as our mammalian brain) allows us to overlook that fact for the opportunity to consume a story more dramatic than two talented and relatively equal athletes simply competing for supremacy. Pro wrestling analysts and a certain portion of the smart audience who reside deep within the bubble have obviously built an internal resistance to this emotional reaction. The majority of the viewing audience has not. WWE produces content for the majority, not us, which is why the underdog concept is so widely spread throughout the promotion’s current creative.

After returning from a lengthy injury Sami Zayn picked up the Underdog from the Underground moniker, Roman Reigns spent the better half of 2015 and the early part of 2016 framed as an underdog to The Authority, Finn Balor was just presented as the underdog against Seth Rollins on the same RAW as Banks’ transformation and even Dean Ambrose’s title win was subtly framed as an underdog victory.

The story between Banks and Charlotte is certainly not above critique or personal preference just because the science falls in WWE’s favor; I personally would much rather prefer the equal but opposite enemies angle described earlier. It does help, however, to understand a storyteller’s motivation when attempting to provide honest critique. So yes, the current Women’s Champion, The Boss is the underdog…at least for now. If history (and science) has taught us anything it’s that change – inexplicable and exciting – is always right around the corner. 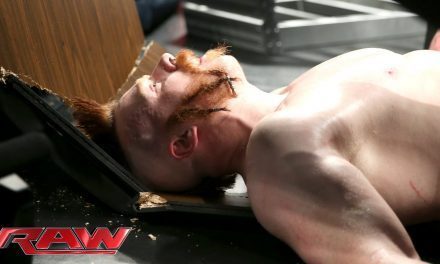 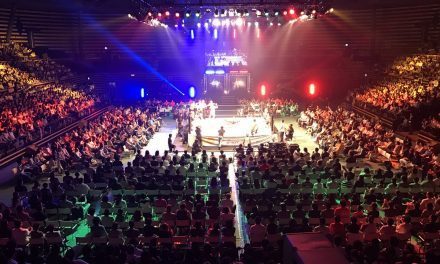 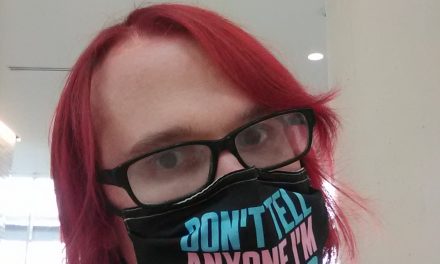 Fangirl Fulfilled: Experiencing All out Weekend as the Real Me