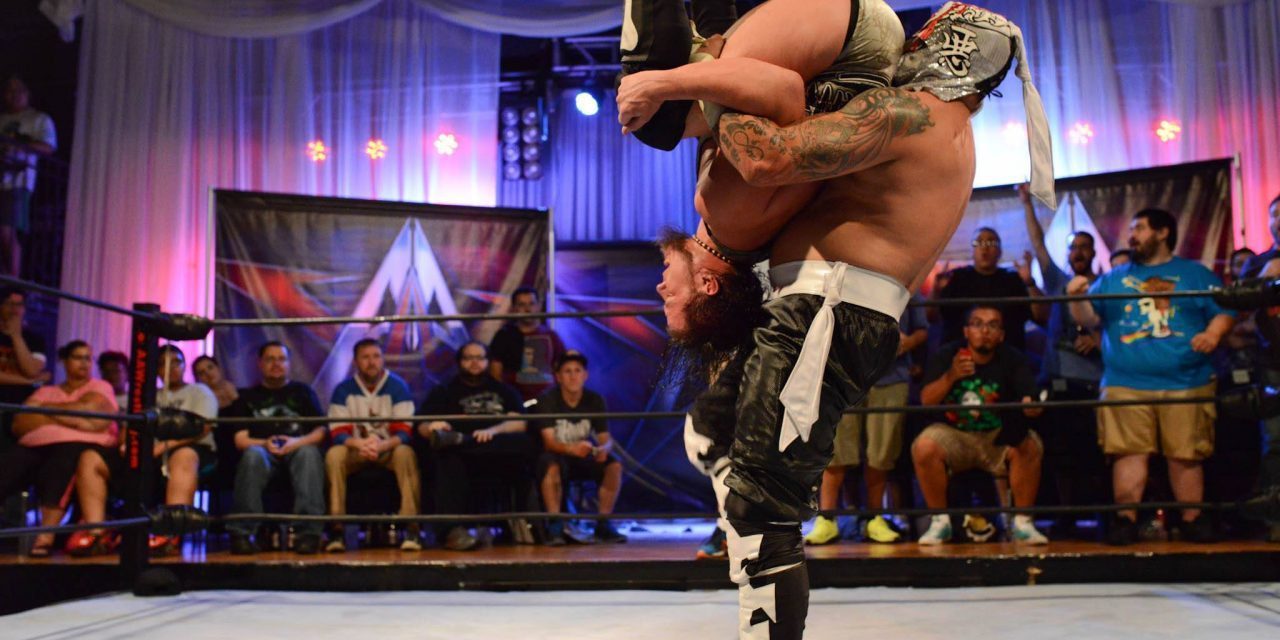 I could’ve done without this on the show. If anything, it gave the world a chance to get another look at Dezmond Xavier, who is green, but has talent. He’s missing a lot but I’d love for him to get more chances in AAW and other midwest indies. There was some comedy involving LeRae and, well, four other dudes, and while morally I have no problem with it, I don’t watch wrestling to see others get groped. Davey Vega picked up the win here with a rollup. I’ve enjoyed him tagging with Mat Fitchett this year (the current AAW Tag Team Champions), but Vega seemingly took the night off. There was nothing here. Skippable. *1/2

It’s good to see Josh Alexander back in the wrestling business, especially AAW, even if he isn’t joined by his longtime tag partner Ethan Page. Alexander is a former AAW Heavyweight Champion and made his return to the promotion last month in a loss against Tommaso Ciampa. He looks healthy. He and Silas went to war and while this was kept relatively short, they packed a lot into it. There was a point in time where I loved Silas Young and wanted to see him go places, but his progress has been halted in seemingly every company. He cut his hair, he got the mustache, and presto – he was fresh for a handful of years. Now that act is growing old and he’s not changing things up. I find him to be a million times more entertaining in AAW than I do in ROH because Silas seems to work stiffer in this promotion, but he’s still not firing anywhere near all cylinders for me. Alexander picked up the win a Spinning Tombstone Piledriver, concluding a finishing stretch that saw him rip off his headgear after trading blows with Silas. Excited to see Alexander back – hoping bigger and better things are on his horizon. ***1/4

I’m not sure what I did to deserve this. Originally, this was supposed to be a straight tag match between OI4K and The Hooligans, two teams that I want to like more than I currently do. Before the match, Eddie Kingston came out and noted that Homicide, his usual partner, but he was still in the mood to fight. This became Kingston vs. OI4K vs. The Hooligans and it wasn’t my thing. Lots of brawling on the floor, some weapons came into play, and then OI4K thankfully put one of The Hooligans away with a Diving Cutter. I get what they were trying to do, but with these five guys, it’s never going to be a homerun for me. Another skippable match. **1/4

Alright, business has picked up!

These two are at the very top of their game right now, both in terms of in-ring ability and physical fitness. Cedric is shredded and he looks great. These two met in June at PWX in a match that I thought was a little disappointing considering what these two are capable of, but this match delivered. Both guys are so quick in the ring. Cedric did his best to stay on his feet and avoid the clutches of Sabre, but the technical wizardry of the Brit eventually caught up with the quickness of Alexander and submitted him with a disgusting submission. This was quick, this was intense, and this was a marvelous display of modern professional wrestling. Both of these guys are on fire right now. Tremendous match. ****1/4

This is a unique match. AAA/Lucha Underground talent squaring off with a mainstay of the British scene in Chicago for AAW. The feeling out process in this match felt all too real. These two seemed uncomfortable with each other to start out. As the match progressed, they seemed to work out the early kinks and delivered a hot closing stretch. Scurll is a great base, as proven with his numerous matches with Ospreay, and as the match came to a close, this started to feel like one of those. Scurll has a charm for always being in the right position. He has completely won me over this year as he’s transformed into a top-tier talent. Fenix won after a 450 Splash. ***1/2

I don’t know if there’s ever been a wrestler to get less out of her size than Havok. To me, she comes across like a backyarder. She’s “crazy”. Her makeup is wacky, her hair is all over the place, she probably has Black Veil Brides

ready to go on her Spotify. She stinks. It’s not for me. It’s a shame, also, because I feel the exact opposite about Lovelace, who should have a much bigger presence on the indie scene. Every time I see her, she works her ass off. She did her best here, but working with a lug like Havok is only going to do so much. Havok wins the match, Lovelace wins my applause. **

I can’t say enough good things about this. AR Fox has found his groove in AAW after being exiled from the WWN Universe (luckily he’ll be returning to FIP soon) and disappearing from Reseda. He feels like he has a home in this promotion, and yet, his stupidity, which is always wildly entertaining, has not stopped. He’s a mad man.

This worked perfectly here as he took on Mat Fitchett who is having an incredibly under the radar year. I’ve really enjoyed his work as one half of the AAW Tag Team Champions with Davey Vega and I loved his singles match with Drew Gulak from AAW’s Homecoming show in March. This delivered on that sort of level, and yet it was completely different. He and Fox took liberties and risked it all in this one. I don’t exactly know what holds Fox together, but it’s incredible. He took so many bumps on his neck and yet he seems to come away unharmed. Fox retained his title with a 450 Splash. This ruled. AR Fox and Mat Fitchett are on fire. Two thumbs up. ****

The countdown to Gargano and Ciampa’s final indie shows is on and it’s killing me. I’ve grown to love both guys and seeing them grow has been a spectacular journey. They’ve obviously had better matches than this one, but they wanted to go out there and have fun. Normally I don’t mind comedy but their slow-motion spot overstayed its welcome. That has been played out. I’m good with not seeing it for a decade. Once they checked back into reality it was very good. Lee and Everett took big bumps for them and in the end, Gargano and Ciampa came out looking great. A very okay match. ***1/4

Another match that wasn’t for me and this time, it was because of Sami Callihan. This was a textbook Sami Callihan match. Spitting, crowd brawling, and an over abundance on finishers at the very end. I’ve seen it before and hopefully now that he’s not champion, I won’t have to see it again. His run as AAW Heavyweight Champion was a failure. He wasn’t good. Callihan is at a point where he comes across so meta and that drives me insane. His facial expressions are too goofy. He plays up the stupid spit spots too much. Look at him, he’s crazy~!

Pentagon becoming AAWorld champion peaks my interest. He’s already booked to wrestle Tommaso Ciampa in his first defense and after that, I have no clue who he’s going to wrestle. I’m sure we’ll get an Eddie Kingston match because he’s always in the mix, but other than that, I’m really not sure. However, it’ll keep me interested. This had its moments, but between Callihan meta-brawling, Callihan’s goons running in, and a finisher-fest that finally led us to the finish, I was left feeling “eh”. They did their best to make Pentagon winning the title feel like a really big deal and I’m sure if the match would’ve delivered then this would have come across much better, but he was squaring off with Sami Callihan. Luckily with this win, the future now looks brighter for AAW. ***

With Cedric vs. Sabre and Fitchett vs. Fox, I can’t possibly give this show a thumbs down. With the main event being such a disappointment, however, I can’t give this two thumbs up. The show is worth the purchase if you pick and choose. Watch Zack and Cedric, check out the unique match between Scurll and Fenix, and watch AR Fox tear it up with Mat Fitchett. That’s worth the money. Thumbs in the middle, leaning up. 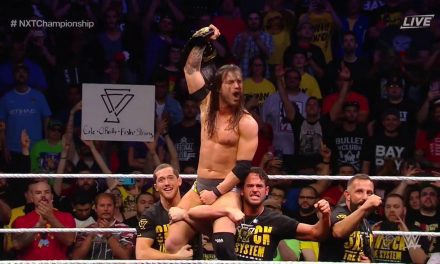 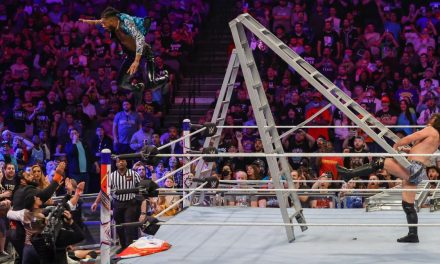