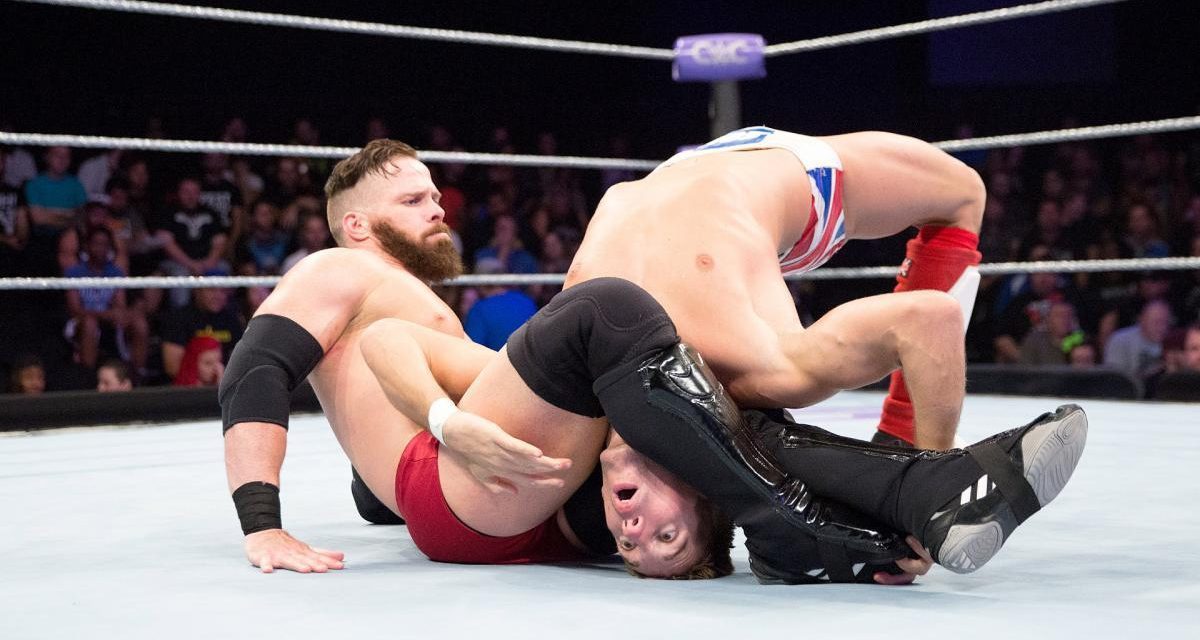 These are interesting times in the pro wrestling world. Up is down, left is right, indie stars are working WWE, WWE stars are working indie promotions and Zack Sabre Jr. is tying men in knots across the globe for our submission enjoyment. It’s week three of the Cruiserweight Classic. Half the field was already set for the second round and four more tickets were stamped Wednesday night. The American indie-scene was well represented this week, while a familiar face from the past looked to write chapter one of his redemption story.

For a great many fans, the name Zack Sabre Jr. was the first to come to mind when WWE first announced the concept for the Cruiserweight Classic. Still, actually witnessing the master of escapology step into a WWE-owned ring to battle Tyson Dux of Canada was somewhat of a surreal scene; indeed it’s a crazy time to be a pro wrestling fan. Fans that have previously experienced Sabre got a condensed taste of everything they’ve come to love about the tactical British wrestler; unique submissions, flawless transitions from hold to hold and an understated yet commanding ring presence.

Dux, a 38-year old veteran, played his part well; attempting to use brute strength and high impact maneuvers to counter the chain of submissions. Like Sabre, Dux was billed as an innovative tactical wrestler, though he seemed to use more traditional and recognizable maneuvers like a fisherman-buster suplex and a fujiwara arm bar throughout the match. The match kept a steady pace before Sabre slipped into a beautiful omoplata/armbar combo for the submission win.

The crowd was noticeably subdued for much of the match, an interesting trend to follow as Sabre’s tournament progresses. His unique brand of offense can mesmerize an audience into silence at times, especially for those previously unfamiliar with his work. It’s also worth noting that Sabre was slotted in the opening match as opposed to one of the highlighted main event spots. This could be an early indication as to the kind of value WWE places on Sabre’s style. ***

The American Grappler and one half of the Bollywood Boys took to the ring to compete for the opportunity to be stretched by Sabre in the next round. A significant clash in style surprisingly did little to hinder the overall pace of the match. Gulak’s steady grappling allowed him to shine against a smaller opponent, while Sihra’s speed and agility allowed him to stand out as well.

The Bollywood Boys were specifically highlighted as charismatic talents prior to the start of the tournament, though that wasn’t necessarily the case once the bell rang. Sihra’s personality may not have penetrated through the television screen, but his offensive arsenal gave him enough personality to at least create a buzz among the crowd at Full Sail; a springboard crossbody to the outside early in the match and a superplex towards the end bookend a solid, but not overly memorable, performance by Sihra.

Gulak’s shoot-style of grappling either entices you or it doesn’t, there is little middle ground. The polarizing style notwithstanding, Gulak’s ring presence certainly stood out, he came across and a serious and dangerous man in the ring. A unique bodyslam that sent Sihra into the ropes was effective in conveying that theme, as was the quick application of a dragon sleeper, which earned him the submission victory. ** ½

Tony Nese is among the more unique characters to participate in the tournament. His chiseled physique suggests a type of strength not normally associated with cruiserweights, but his offensive arsenal is an entertaining combination of power, speed and agility.  Anthony Bennett immediately jumps out as someone who would have a large amount of charisma, but like Sihra, that was not the case. The match was fairly one-sided, with Nese offering a variety of exciting offensive maneuvers, including a springboard moonsault, a cartwheel into a superkick on the ring apron and a series of high-impact strikes. Bennett seemed to have been injured after what appeared to be a routine powerslam, creating an awkward pause in the match before Nese landed a 450 splash for the win. ** ¼

After an eight year absence Brian Kendrick returned to a WWE ring for the main event of week three. The 17-year vet is clearly one of the major characters of the tournament for obvious reasons.  Kendrick played the role of a wily veteran hungry to prove he still has what it takes with a compelling hint of opportunistic heel thrown in for good measure.

Despite the significant gap in name recognition, Raul Mendoza was hardly overshadowed in the match and even had a portion of the audience behind him as he fought back after the middle rope was kicked into his face; a nasty exchange that bloodied Mendoza’s mouth. An exciting coast to coast dropkick by Mendoza returned the favor as a prone Kendrick was tied in the tree of woe.

As was the case in each of the two previous main events, the upset angle played a major role as the two worked toward the climax of the match. Refusing to concede to the younger luchador, Kendrick battled back from multiple false finish spots before locking in the bully choke for the submission victory. *** ¼

While watching Sabre Jr. perform in a WWE ring was an exciting glimpse into the possible future I couldn’t help but feel as though he was out of place to a certain degree. Whether or not a WWE-centric audience will learn to fully appreciate his talents remains to be seen. The same sentiment applies to Gulak as well. Fans comfortable with the sports entertainment style presented by WWE must be willing to undergo a re-education of sorts to accept the less familiar styles long since appreciated by those deep in the bubble. The second round match between Sabre and Gulak will be an interesting undertaking. Will the two alter their styles to cater to the crowd or will the audience sit back and appreciate something new?

Aside from Kendrick (who had a substantial advantage) Tony Nese stood out as someone to keep your eyes on. The two will lock up in the second round in one of the more intriguing matches to be revealed thus far. Overall it was another strong week as we inch ever closer to completing round one. 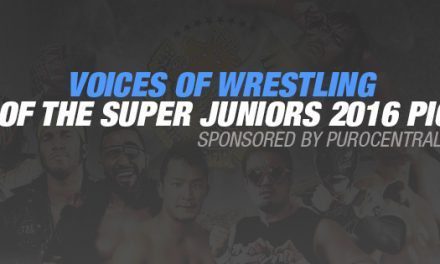 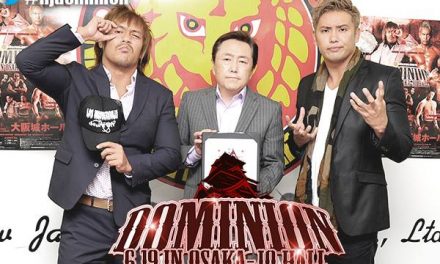