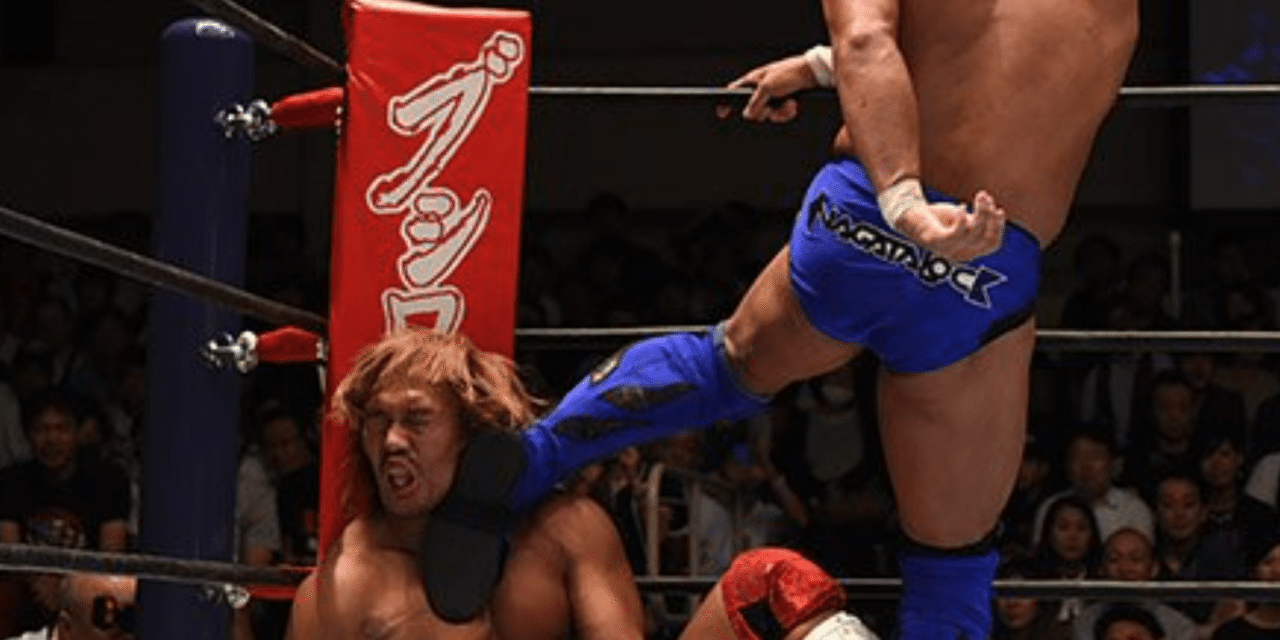 After the fantastic performance shown in Night One, expectations were high for the first showing from Block B. The A Block had just delivered three four-star matches right off the bat, and now it was up to the B Block boys to prove things wouldn’t be one sided. With lots more highly anticipated matches to come, let’s dig in to the second night of G1 Climax 26!

I’ve always found it strange how the embodiment of NJPW is a total loser. He doesn’t just eat the pin in every match he’s in, but everyone hates him. He can’t even hang out with the other masked older guys, or any of the dads. Even YOSHI-TATSU didn’t want him in ‘Hunter Club’. He’s with the Young Lions here, but only because they can hardly refuse him. He’s a bad wrestler that’s made to look like an embarrassment at every possible opportunity. The focus here is partially Tenzan, as he’s the only one here in the G1, but also Juice for some reason. He’s wearing a sickly jacket and takes charge of the misguided alliance. the Cap’n ends up taking a lariat from Kojima, and eating the pin. **

An unexpected team here! I guess Yano is in CHAOS, and he’s tag champs with Maru over in NOAH, so maybe he got the guys to accept him into their match, even though he had just beaten their leader. The friction isn’t overt, but Goto and Ishii don’t look chuffed with their new partner. Marufuji gets way more heat than he deserves, although he probably shut up a lot of haters on Night One, he’s still giving 110%. Even if he wasn’t out to leave a smattering of four star matches on your spreadsheet, his presence alone is refreshing.

I didn’t know how excited I was for Fale vs Ishii before this match started, which means these tags are delivering on their purpose. I’m now hyped for a match I hadn’t even considered. Whether they tease a spot that they promise to finish in their block match (Ishii couldn’t land his branbuster on Fale, yet), or add a bit more psychology to improve their singles encounter, these quick, inoffensive bouts can be very beneficial.

The Bullet Club get their asses kicked for a majority of the match, and Marufuji seals the deal with the Shiranui he innovated. **3/4

The match being built here is of course Tanahashi vs Makabe, two huge fan favourites. Surprisingly though, a lot of the competition takes place between the Juniors. Whether it’s Taguchi’s butt trying to overcome Makabe, or Liger getting another go at KUSHIDA. In fact, the victory also goes to KUSHIDA, as he gets a speedy pin on Tiger Mask. It’s nice to see that the Juniors that came on the tour are still able to pick up wins during the tournament, because we won’t see them in their own matches until G1 is over. Makabe and Tanahashi has happened before and it’s more or less an incredibly average match, so the teasing here doesn’t do much for me. **1/2

Post match, Tanahashi and Taguchi dangle their legs over the apron like two babies in high chairs, while KUSHIDA urges them to act their age and leave. I’d expect this kind of behaviour from Taguchi, who swings his Heinz Beanz can legs with enough vigor to inspire the former ace to do the same. You’re better than this, Tana.

SANADA pulled off a shock upset last show, where he pinned Tanahashi. This makes his next match, against Okada, super personal. Okada has clashed with the Cold Skull before, and he was victorious. SANADA jut pinned his ultimate rival though, all on his own. I was expecting a decent run, but I really though that SANADA’s push would come at least a couple years from now. He won’t win G1, but the faith they’ve shown  in him so early is huge. His separation from Naito is especially noteworthy, as that is likely to be a big match in his future, perhaps the last challenge before he’s free to stamp his name on the list of top talent in the company. So far he’s had tremendous matches with Okada and Tanahashi, as well as having a remarkable chemistry with YOSHI-HASHI. There’s so much more for him too, such as Shibata and the aforementioned Naito.

The clean sweep for Los Ingobernables De Japon continues, as BUSHI picks up a win over Gedo following an MX  **3/4

A slow start for Nakajima as he tussles with Yano in his first block match. He picked up a win teaming with Yano last show, but it’s clear that there’s no friendship between them. They also have history in NOAH, as Yano defended the GHC Championships with Marufuji against The Aggression (Nakajima and Kitamiya). Yano uses his shirt to tie the ‘Genius of the Kick’ to the barricade for a seventeen count, but luckily there wouldn’t be a cheap finish here. Nakajima got back in and had a short time to showcase his kicks before landing a Brainbuster for the win. **

Excited to see both these guys in G1. Omega belongs here and still has so many fresh match ups heading in. Here’s a guy that could be the first gaijin to win the whole thing. It won’t be this year, next year, probably not even the year after that but I think he’s got the best chance right now. That’s if he sticks around, and choses New Japan over Xavier Woods / Kota Ibushi. This year he’s here really to accomplish one thing: get his win back over Michael Elgin, and have good matches on the way. Once he has that victory they’re IC Championship rematch will be far more interesting. He’s also a perfect candidate for playing spoiler, as he’s done it before with Nakamura and Tanahashi, so why not the likes of Naito?

But this match isn’t about him somehow, it’s about little YOSHI-HASHI. He certainly splits the international fanbase, and has come a long way since losing to Honma last year. Shock wins over SANADA and overwhelming fan support has secured him a place in this year’s G1, and he proves he belongs right off the bat. This was easily the match of the night, with tense submission spots and impressive reversals. YOSHI-HASHI’s Butterfly Lock is especially engaging when you get flashbacks of SANADA tapping out whenever he locks it in. He also throws in a Boma-Ye and a couple other Nakmura references. This is also an Omega thing, but neither he nor Taguchi do it all show, perhaps showing that one of Shinsuke’s best friends in the company has been chosen to continue his legacy? His match ending move this time was Karma, a pumphandle half-nelson driver that he recently added to his repertoire. What an upset. ***1/2

It’s been a year since we first saw Elgin debut for NJPW at G1 25. Since then he’s made a tremendous splash, captured the hearts of the Japanese crowds and quickly climbed the company ladder by showcasing the potential that ROH couldn’t unlock. He’s up against fellow big lad EVIL here first. No one was quite sure what to make of EVIL when he returned from his excursion, but he’s really found a place in New Japan and can be utilised in lots of different ways going forward. He’s improving fast and in his first G1, you can expect him to walk away with an admirable record. The match is what you’d expect, big boys throwing forearms and testing each other’s strength, although it is the first time that these particular big boys have clashed. Larger guys always work the same kind of match which is a bit of a disappointment, it’s when they face someone like Goto that their best wrestling comes out. It’s a shame that Elgin has been kept separate from Goto and Ishii, who he had excellent matches with last year.

EVIL picks up the win with the EVIL STO, setting himself up for a run in the block. ***

Slow. That’s how I’d describe this match. I love Nagata, especially in the G1 but boy oh boy this was a let down. It wasn’t slow in the methodical, submission one-upsmanship sense, but in the worst way possible. The submissions didn’t look dangerous, and the crowd was too tuckered out to care. I have a serious problem with Nagata’s armbar too, when the focus is on his silly expression, instead of the victim, it looks weak. A submission’s power is dictated by the selling, which all goes to waste when the camera zooms in on Nagata’s eyes three times a match. Looking at the submission alone reveals that it actually isn’t too impressive, so there’s nothing engaging about it. In the context of a six man opening tag match, it’s fine, but in a serious tournament it’s out of place. It isn’t even used to end the match, as a Backdrop is employed instead. Naito and Nagata exchange poses to signify that this may not be over. **

As far as Honma wins go, this one was actually pretty predictable. Shibata beat him in a hard hitting match at Kizuna Road. When the rematch was announce for G1, it was obvious that we’d see a staple of Gedo booking. This means that this year will once again not be Shibata’s year, as you can expect a third match in the future. This was a good match, although not to the standard of the three excellent bouts on Night One. What was really missing was Honma’s underdog style. It’s hard to classify him after he won the tag belts, is he still a jobber? Without his crowd of chanting supporters, crying after rare wins and desperate hope spots, he’s really just a guy.

That’s what we saw here, an uninteresting version of Honma. He even hit more Kokeshis then he missed, what’s the point of that? Shibata was on good form but would have been so much better if he was squashing. Shibata has amazing big matches, but his G1 quality has always had mixed success. He’ll go on to have great matches with Nakajima, Omega, Naito and Nagata, but this wasn’t a great start. That’s not to say it was bad by any means, it’s just the next chapter in their trilogy after all, and it was exciting in places.

The real question is what’s next for Honma? His spoiler victories usually come towards the end of the tournament, now that he has a first round win, it’s hard to say what he’ll do next. He’s accomplished what he needed to do, so it would make sense for him to just lose most of his other matches. *** 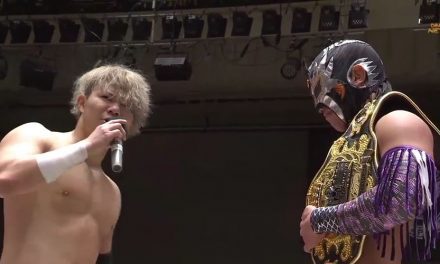 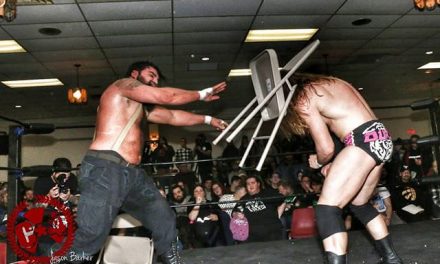