I’ve just returned home from Korakuen Hall, where I attended the first round of the SUPER J-CUP 6th Stage.

The show delivered in the ring, but fell short of my big-picture expectations.

There were three excellent matches on this show.

Great callback spot to open the match where Eita hit a tope con giro on Liger, reminiscent of Hayabusa’s against the same man in 1994. Interestingly, Eita was adopted as the kohai (disciple/student) of Dragon Kid, who was once the kohai of Hayabusa himself. This match had limb work, great selling, big spots, blood, and the hottest crowd of the night! Furthermore, this match was in the perfect place on the card. The crowd was dead after Taichi/Aoyagi (see below) and this match gave the show a kick going into intermission.

Unconventional story telling here with each guy trying to impose his style on the match: Taguchi’s comedy against Harada’s classic NOAH junior style. I’ve really enjoyed Taguchi lately. He did a great job adding comedy in the right spots to enhance the match. I loved the ankle lock submission exchange here, too.

This one delivered as the main event with each guy getting to showcase their strengths. KUSHIDA’s mean streak and smooth matwork was in stark contrast to Ishimori’s big impact spots. The hot finish sent the crowd home happy.

No one expected the lesser-known indie guys, Kaji Tomato or Gurukun Mask to win their first round matches. However, both guys certainly earned an invitation back for a future show. Tomato showed great fire and unexpected chemistry in a very good match with Sydal. Gurukun Mask got to showcase his shoot-boxing background against the kenpou karate background of Kenou. Their kick exchanges got the crowd into the match for the finish.

There was a real inter-promotional feel to the show. I love how most guys had relevant seconds. 1995 J-CUP competitor Masaaki Mochizuki accompanied Eita. K-DOJO and Ryukyu Dragon had contingents in their competitor’s corners. Each promotion had prominent banners hanging in Korakuen. Young boys from NOAH and New Japan worked ringside.

NJPW and NOAH completely missed the opportunity to create a new star. A relatively short list of guys could have been elevated: BUSHI, Taiji Ishimori, Daisuke Harada, Kenou, and Eita.

Almost all of these guys lost their first round matches. Sure, all of them put in good performances, but the opportunity to build a story going into the second show was basically abandoned for the up-and-comers. The could still put something together in a multi-man or give Kenou a miracle run, but I’m not optimistic.

I need a break from Taichi matches. Yuma Aoyagi performed admirably in a real tough spot against a tired schtick. It appeared to me like Taichi stiffed the young boy with a kick to the head after a mutually botched spot. Just speculating here, but I hope this doesn’t get in the way of any future collaboration between New Japan and All Japan. Overall, no one seemed to be into this match.

One a side note, Taiji Ishimori may have the worst theme music in wrestling.

Going in, I expected this to look and feel like a New Japan production. The amount of NOAH influence surprised me. A lot more general NOAH merch was on sale. NOAH’s pre-show reel played on repeat before the show and intermission. While only two New Japan refs worked the show, each of the NOAH referees officiated matches. Ring introductions in the first half of the show were done by NOAH’s ring announcer.

Overall, a fun experience with some great wrestling. If nothing else, I’m looking forward to more of the same for the final in August. 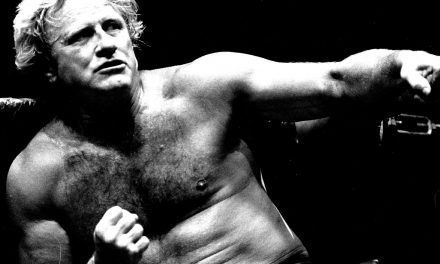